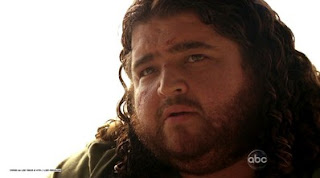 That The Lie is a Hurley-centric episode, despite the lack of a Hurley-focused flashback or flashforward, is appropriate. Of all the Oceanic Six, Hurley, a genuinely kind-hearted person, faithful to his friends, has had the hardest time dealing with the titular lie. In many ways, this episode is a direct sequel to the off-island events of last season's premiere, in which Hurley, besieged by visions of Charlie urging him to return to the island, commits himself to the mental institute. If it wasn't clear then, it's made clear in this episode, especially during the conference on Penny's boat, pre-rescue, that Hurley committed himself as much to avoid lying as he did to escape those phantoms. Finally, on the run and ragged, faced with his mother, Hurley can lie no more, and breaks down, telling her the truth, a hilariously abridged yet entirely accurate take on the last four seasons of the show.

This episode also returned to a more traditional (for Lost) narrative structure, with present events (Hurley's Weekend At Bernies-esque escapades with Sayid) being intercut with a "flashback"(the events on the island, which technically took place sometime in the past). Perhaps due to the dearth of story remaining to be told in a limited amount of time, The Lie also featured a number of subplots running amongst those two narratives, something Lost rarely does: Ben coordinating with his mysterious off-island team and Kate's frantic efforts to run away with Aaron, culminating in a loaded conversation with up-to-no-good Sun. While not as mind-blowingly head-scratching as last episode's record-skipping time jumps, this episode continues to manipulate the traditional structure of Lost outings while grounding us in the story of the characters.

My Favorite Bits
Hurley being unable to lie to his mom, and she believing him. Or when he threw the hot pocket at Ben. 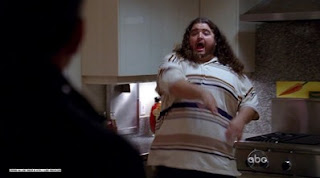 I also liked that Ben noticeably didn't answer Jack's question about whether Locke was really dead.


Tidbits of Note
Frogurt was wearing a red shirt when he got shot with the flaming arrow. In fact, between the attack on New Otherton and the freighter explosion last season and the fire arrow attack this episode, there seems to be a concerted effort to winnow out the number of background extras hanging around the island. 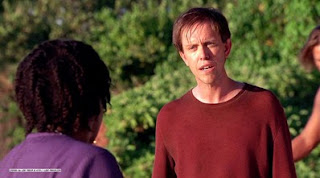 Jack's number on Kate's phone was 323-555-0165...I leave it to the math majors to decide where Hurley's numbers appear therein. 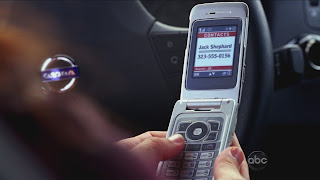 Ben was number 342 at the butcher shop.

We have a new beer: Frank was carrying Jekyll Island Red Ale on Penny's boat. No idea if that's a real beer or not. The name, of course, recalls the duality of the Jekyll/Hyde story.

The island seems to have settled sometime in the past...there was no flash this episode, and the whooshing sound (signifying a transition in time) returned between the on-island and off-island scenes.

That said, when Daniel returns to camp, Sawyer complains that it's been two hours since they left Daniel at the hatch, trying to contact Desmond. Did it really take him two hours to do so and get back, or did he experience a time shift off camera?

The woman Ben met at the end was Ms. Hawking, who previously appeared in Season Three's Flashes Before Your Eyes, selling Desmond an engagement ring and counseling him on the nature of course corrections, the idea, affirmed last week by Dr. Chang and Daniel, that you can't change the past.

Hurley asserts on the boat that when Sayid one day needs his help, Hurley will deny him that help. Yet he spent this entire episode helping Sayid. A further comment on Hurley's nature (he's too good a person to NOT help a friend in need)?

Sun showed Kate a baby picture of her daughter, even though the daughter must be a few years old by then.

The Ana Lucia ghost specifically told Hurley not to get himself arrested, which he later did to spite Ben, suggesting, if the ghosts are truly manifestations of the island, that Ben is doing the island's work, at least so far as bringing everyone back.

When Ana Lucia stepped out of the cop car, before we saw who it was, there was a part of me hoping it would be Robert Patrick, holding a picture of John Connor, asking Hurley if he's seen that boy. 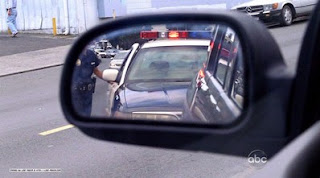 Questions
What is this network of people off-island with whom Ben is working? Displaced Others? People Widmore has wronged?

Who fired the flaming arrows? The people Locke killed (presumably Dharma) seemed more high tech and with it than the arrows, with their decidedly old school and primitive vibe, suggested.

What happened to Rose and Bernard and Daniel and Charlotte in the wake of the arrow attack?

What was in the box Ben retrieved from the vent of his hotel room before leaving Jack?

Assuming the island has stopped skipping in time, what caused it to stop? Is it like a top, that slowly stops spinning over time?

How did Jack get Sayid into the hospital, and treated, all by himself? Hadn't he lost his access/medical privelges during the first flashforward at the end of season three? 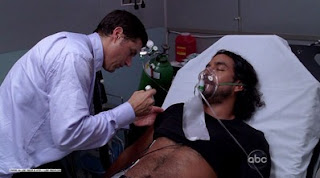 Why did Sun want to see Kate...methinks shenanigans are afoot, and her reasons are less than virtuous? 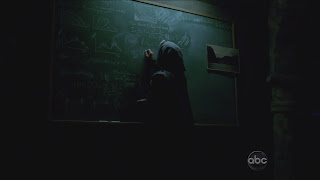