They sure do face a decent number of "evil new foes" in these commercials.

The title of this issue truly is "Hydrofoil," so it's hard to even pretend this wasn't one of the toy commercial issues. To Larry Hama's credit, the actual issue continues the comic's ongoing plotlines (Ripcord's in love with the daughter of a Cobra agent, Buzzer of the Dreadknoks is a captive of the team, and Cobra has something planned out in the ocean...) while working in as much of the commercial as possible. All of this action on the water is used as a means to introduce Cobra Island, created by aggravating a fault line and literally declaring an island out of the emerging rock, a location that becomes a staple of the comic for years. 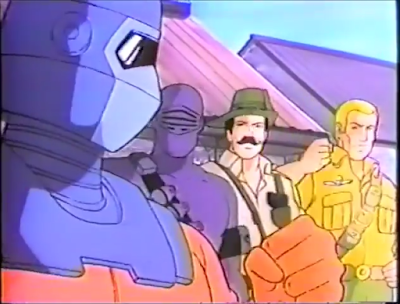 The commercial puts Hama in the position of utilizing Joes he's clearly never had much affection for, including Shipwreck, Barbeque, and Recondo. Major figures in the first full season of the show, but little more than background players for most of the comic's run. 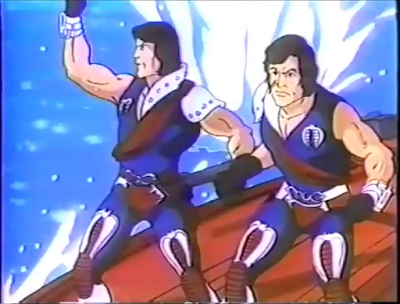 Many of the show's voice actors appear on the ad, although it's interesting that JoeGuide has Pat Fraley (the voice of Ace, and later, several Teenage Mutant Ninja Turtles characters like Krang, Casey Jones, and Baxter Stockman) voicing Barbeque. On the show, Barbeque was voiced by Loren Lester in his first regular acting role. Lester, of course, is far more famous now as the voice of Robin/Dick Grayson on Batman: The Animated Series. 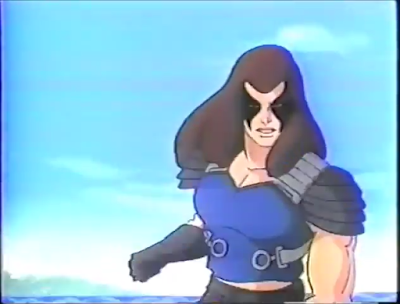 This could be the most 1985 of the commercials, with appearances from some of the more prominent Joes of the season (including purple-suit Snake Eyes), Tomax, Xamot, Zartan, the Dragonfly, the S.H.A.R.K., one of the generic Joe grunts (nicknamed NDJ for Non-Descript Joes by cartoon writer Buzz Dixon), and of course the Hydrofoil. 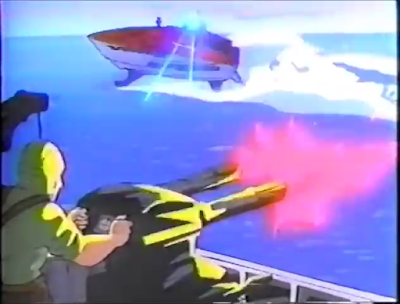 #40 is perhaps the most notorious of the commercial issues, thanks to revelations from Larry Hama in a 1998 interview with Toyfare:


"There were other edicts that I had to bite the bullet and go along until they came to their senses. One year, Hasbro sent us a fax that said, 'These covers are way too violent. From now on, no more guns the covers.' And we said, 'WHAT? [laughs] Are they just going to be standing around waving at each other? What are we going to do?' I think the [art] that caused it all was the most nonviolent cover that we actually had. It featured Roadblock holding this massive 50-caliber machine gun, dominating the cover...really cool...but I guess it was so cool that it scared the hell out of them."


It's hilarious Hasbro could ever complain about those Zeck covers, as they've come to define an era of the series.

By the way, the novels I wrote for Kindle Worlds based on the Sunbow G. I. Joe continuity are still over on Smashwords. But, more importantly, I have a new paranormal novel available for preorder right now...for just 99 cents! What happens when a cocky psychic is trapped in the afterlife with the ghosts he's chased? Find out in Love is Dead(ly)!