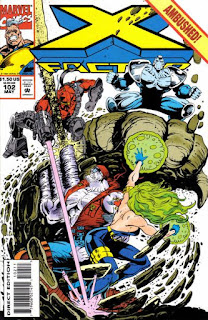 In a Nutshell
Polaris, Random & Forge seemingly uncover the plot behind the recent attacks on Polaris.

Plot
In Maryland, Colonel Malone is cut loose by his superior, Beatrice Connors, for botching the Polaris situation, but he insists the best time to strike is now. In DC, Random awakens from a dream, while Storm uses her powers to create a reprieve from the winter weather, much to the delight of Rahne & Guido. At X-Factor headquarters, Polaris & Forge debrief Random in an effort to learn who has been targeting Polaris, which leads them to a front company, Beltway Travel. As Havok arrives in Hawaii, Polaris, Random & Forge are attacked at Beltway Travel by Commando & Avalanche, working for Colonel Malone. Random & Polaris defeat Commando & Avalanche, while Forge confronts Malone, who kills himself when it's clear he's defeated. Just then, Connors shows up, telling Polaris she's the head of the Polaris Project, but that Malone went rogue, hiring Random to test her, with the intention of then brainwashing her. Connors agrees to cooperate with a Congressional investigation into the matter, then leaves with Commando & Avalanche. At the airport, Polaris says goodbye to Random, then boards a flight for Hawaii, unknowingly being watched by Connors, who is fingering a familiar necklace.

Firsts and Other Notables
The plot to kill Polaris is blamed on rogue element within the Polaris Project, an offshoot of the Magneto Protocols intended to use Polaris as a weapon against Magneto. The project is overseen by a woman named Beatrice Connors, and she blames the apparent attempt to kill Polaris in issue #95 (and the later effort to kill Random) on the anti-mutant Colonel Malone, who takes the fall and ultimately kills himself. 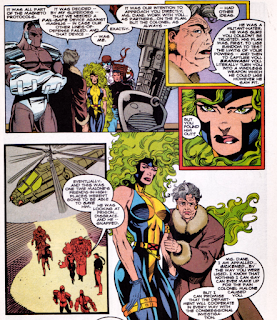 Beatrice Connors tells Polaris the Polaris Project is over, though the issue ends with an ominous shot of Conner's choker necklace, which resembles the one worn by the victims of Malice, the psychic being and former Marauder who possessed Polaris during the X-Men's Outback Era, whenever she is in control of someone. 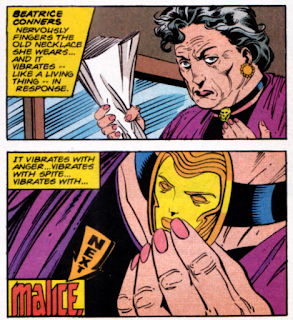 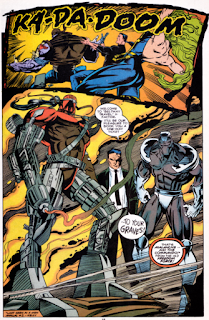 There's a brief tease for the upcoming annual. 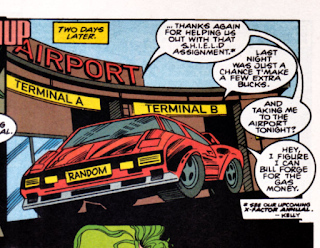 A Work in Progress
Random wakes up from a bad dream, continuing to show how the character is angsty and deep. 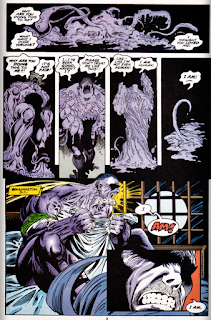 Rahne & Moira have a nice scene together, coming to terms with their relationship as Rahne apologizes for the way she treated her last time they interacted (presumably a reference to issue #90). 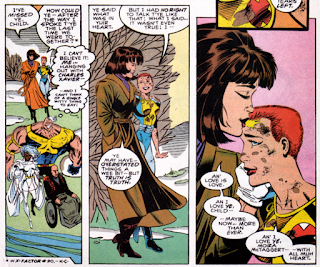 Meanwhile, Guido is kind of charmingly in awe of and befuddled to be around Xavier, which doesn't quite gel with his earlier, more mercenary approach to fighting for Xavier's dream, but is cute nonetheless. 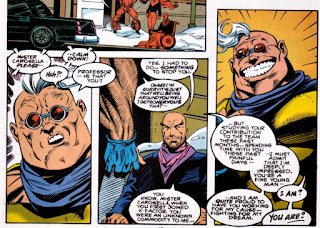 Amongst the details of some of Random's past bounties we see in this issue is one involving Speed-Demon, a relatively random super-villain who will later join one of the various iterations of the Thunderbolts. 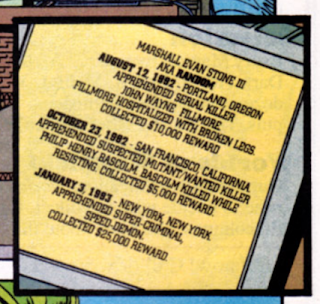 It's also established that Random isn't the cold-blooded killer he presents himself as, having only killed three times, when innocent lives were on the line. 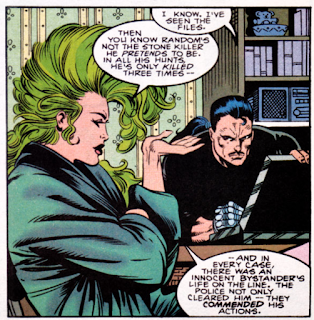 Forge is oddly protective of Polaris (and, presumably, women in general), as he's aghast that Random would dare walk into a lady’s room uninvited. 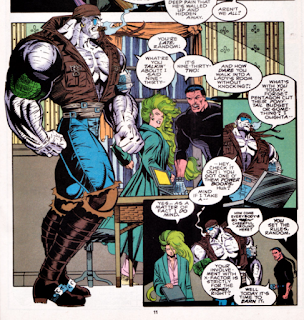 It's established here that Random’s power only works on mutants, which is both a much needed constraint, but also, somewhat confusing (ie, when Polaris magnetically threw a car at Random in issue #95, his power kept him alive, I guess because it knew a mutant threw the car using her powers? In other words, if a human was driving the car and it ran into him, would his power protect him?). 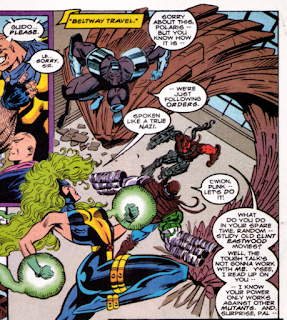 While this is certainly not the first time it's been depicted, I was particularly struck by how boldly Random's cigar smoking is depicted in this issue. 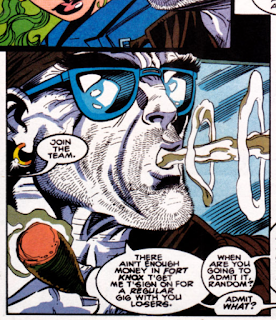 Young Love
An increasingly-smitten Random does that thing where Polaris says she's going to go change into her uniform, and he tells her to never change (but he doesn't mean her clothes!). 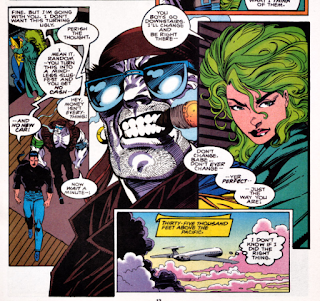 Austin's Analysis
With this issue, amidst the continuing fallout of Madrox' death and the ongoing strong character work, DeMatteis moves the "someone in the government is targeting Polaris" subplot to plot, and though it initially seems to have been wrapped up, the final panel makes it clear there's more to come. Meanwhile, this issue also emphasizes just how much of a shine DeMatteis has taken to Random, and just how integrated into the series Random has become.

Having featured Random in nearly all his issues thus far and gradually sanding off his rough edges, here it's discovered that Random really isn't much of a killer, and has, in fact, been commended by local authorities for his actions in the past, which is a far cry from the "in it just for the money" parody of "badass" 90s characters he started out as. And, to be clear, character development is never a bad thing, and there's nothing wrong with writers having and developing pet characters. But for all his work on the character, DeMatteis hasn't quite succeeded in making him all that interesting or unique, having simply traded "90s badass" pastiche for a "badass with a troubled past & secret heart of gold" cliche, essentially making Random X-Factor's Wolverine.