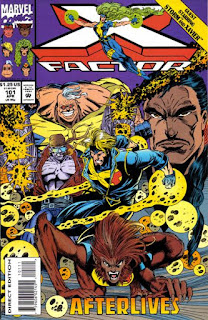 In a Nutshell
X-Factor grapples with the loss of Madox.

Plot
Skipping Madrox' funeral, a morose Havok goes to a diner alone. Following the service, Polaris discusses her grief with Storm at X-Factor's townhouse, while Wolfsbane & Strong Guy do the same at a nearby the park. At the diner, Havok stops a robbery attempt but, blaming himself for Madrox' death, loses control, blasting away the front of the building. Meanwhile, Forge pays Random for his help with the fight against Haven, and asks him to stay on, but Random declines. Later, Professor X uses his telepathy to help Moira relive some memories of Madrox, while Forge & Storm share a moment together. Elsewhere, Havok finally visits Madrox grave. Hoping that wherever Madrox is, he's at peace, and hoping he can forgive Havok for what he's done, Havok quits X-Factor, leaving his ID card atop Madrox headstone, where it's caught by the wind and carried away into a raging storm.

Firsts and Other Notables
Blaming himself for Madrox' death (since he gave Haven the go-ahead to try to cure him last issue), Havok quits X-Factor as of this issue, though his departure ultimately won't last long (he doesn't even miss appearing in any of the upcoming issues of the series). 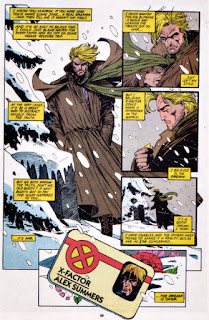 Props to DeMatteis for recalling that Madrox spent most of his career working as Moira's lab assistant on Muir Island (granted, most of that time was spent off-panel, but still), and making sure she is present for what amounts to his funeral issue. 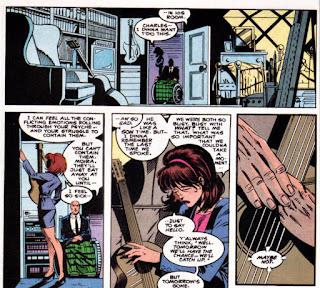 There's also a touching bit where Xavier is able to use psychic afterimages to allow Moira to see Jamie one last time. 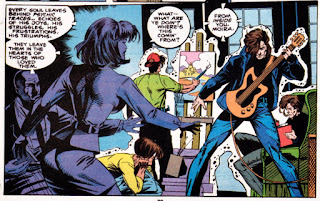 A Work in Progress
Forge has installed a holographic foyer into X-Factor's headquarters, not unlike the one he uses in his home in Dallas. 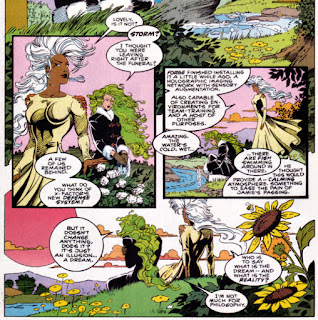 Continuing the series' recent strong depiction of the Guido/Rahne friendship, this issue has Rahne growing increasingly frustrated with Guido's constant humor in the face of Madrox' death, until she realizes its his own way of coping. 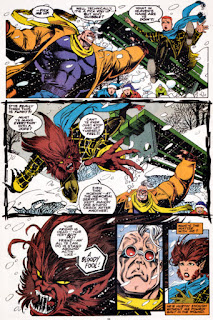 Forge pays Random for his help against Haven, and offers to put him on retainer, but Random declines, saying he doesn't want a permanent gig (don't worry, Random's not going anywhere). 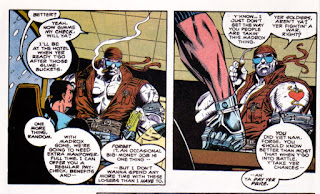 Polaris proceeds to try to have a heart-to-heart with Random, discussing what he went through when Haven transported the group through dimensions, but is rebuked. 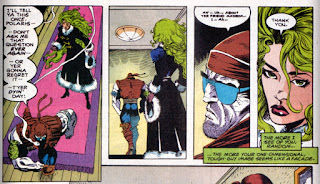 It's in the Mail
A response to a letter teases a possible Havok miniseries, but one never comes to fruition.

Austin's Analysis
This is a standard "downtime after a big storyarc/mourning the death of a character" issue, and as such, its perfectly fine. DeMatteis hits all the right beats (the inclusion of Moira is a nice touch and appreciated continuity nod), and continues to highlight some of the better interactions of late (like Rahne & Guido and Random & Polaris). But while DeMatteis generally has a knack for character- and psychology-driven stories, making this sort of thing right up his alley, there's a...perfunctory feel (for lack of a better term) to this which keeps it from resonating on the same level as similar recent stories like in Uncanny X-Men #297 or #303. While all three focus on the grief and/or the aftermath of recent series-altering events, the way the Uncanny issues manage to zero in on specific character reactions give them a little bit more resonance and impact than this issue. Again, nothing here is bad; very much of it, in fact, is quite good. But there's a by-the-numbers quality to it that keeps it from truly shining.