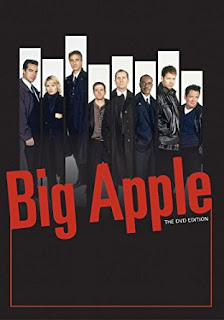 After acknowledging in an interview that he felt a need to move out of Steven Bochco's shadow, David Milch exited NYPD Blue to create the generically titled drama Big Apple.  His co-creator was Anthony Yerkovich, the creator of Miami Vice and a former Hill Street Blues writer.  (Reportedly, Yerkovich conceived Miami Vice as a serious drama, and not the fashion showcase that Michael Mann envisioned.)  CBS was enthusiastic about the series, positioning Big Apple as its adult drama for Thursday nights, a night the network felt it could own with Survivor and CSI at 8:00 and 9:00 respectively.

This left Big Apple in the 10:00 slot, directly against the #1 drama on television -- ER.  CBS believed Milch would deliver a series that could put a dent in the show's audience (you can watch the original promo, which hints at CBS's high expectations, here).  Big Apple received enthusiastic reviews from the press , and NBC was so worried about the competition it scrapped plans to air an ER rerun against the first episode.  Instead, a new ER would debut against the pilot, followed by a few "greatest hits" of the series.  Thirteen episodes of Big Apple were commissioned.  Only eight were produced.  The show died a quick death as a midseason replacement, and has largely been forgotten.  Today, the series is available as one of Amazon's "We'll print it if you want us to" DVD releases, with no special features and no mention of David Milch anywhere on the DVD packaging.


It's a significant show in the career of Milch, however, if only for the glimpses into his thinking pre-Deadwood.  The series opens with two NYPD detectives investigating the murder of a stripper inside a high-rise apartment.  The dancer worked at a club with connections to the Russian mob, an establishment already under investigation by the FBI.  Feeling that the detectives, Mooney and Trout, will remain a nuisance if they're not brought into the case, the FBI deputizes them to join the investigation.  I'm not sure how plausible this is, or how the status quo would've been maintained had the series lasted longer than one story arc, but that's our setup.


The cast consists of... 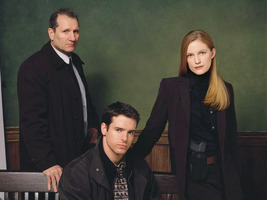 Ed O'Neill as Det. Michael Mooney
This is Ed O'Neill's first big role following Married...with Children.  He received fantastic reviews, but I don't know if the average viewer was ready to accept him as anything other than Al Bundy.  O'Neill seemed to have a second act in his career playing cops, because he turned up as Joe Friday a few years later on the Dragnet revival.  Milch holds Ed O'Neill in very high esteem as an actor, and has even revealed that O'Neill was his first choice to play Al Swearengen on Deadwood.  HBO dismissed the idea.

The character of Michael Mooney is a working-class detective with no use for rich socialites or highly-paid FBI agents with tailored suits and overpriced haircuts.  He's devoted to his younger sister, who's dying of ALS, and only agrees to take the FBI assignment because he knows it will serve as a decent career boost for his young partner.  Just writing this all out, he sounds like a boilerplate lead for a network cop show, right down to the sickly relative who's there to humanize his gruff exterior, but the writing is sharp enough to escape those traps.  And Ed O'Neill is genuinely believable in this role.  A slovenly cop with a crude mouth and quick wit isn't a new character type for Milch, but O'Neill is able to give Mooney his own identity.

Kim Dickens as Sarah Day
Three years before Milch cast Dickens as a regular on Deadwood (and over ten years before she turned up on Fear the Walking Dead), Kim Dickens played FBI technical expert Sarah Day, a new transfer introduced in the first episode.  We learn in the pilot that she's been transferred to the New York bureau to help investigate possible corruption within the branch, but ultimately, her character doesn't play much of a role in the overall story.  She's a solid supporting player, and Dickens has nice chemistry with the other actors, but during the eight episodes, she rarely makes a significant contribution to the plot.


Pasha D. Lychnikoff as Mitya
Lychnikoff has third billing on the series, which I found odd, given that he's playing the flunky to a Russian mobster (and the actor playing the mobster isn't even in the opening credits).  A few episodes into the series, we learn that his character is more important than we initially thought, but ultimately, much like the Sarah Day character, he doesn't contribute much to the storyline's conclusion.  He's also the only actor in the opening credits to appear in just six episodes of the series' short run. 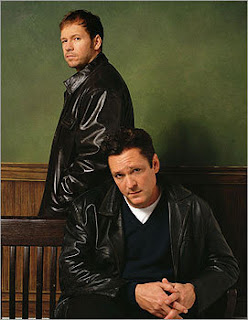 Michael Madsen as Terry Maddock
Just a few years shy of his decision to take pretty much any job a video game company offered, Michael Madsen appears as the series' recurring heel.  Terry Maddock is a local bar owner who is also secretly an FBI informant, although now that he's suspected of playing a part in the murder of the stripper and the club's doorman, his days playing both sides are likely over.  The character of Terry Maddock is very much a precursor to the Al Swearengen role on Deadwood, with Maddock making moves that are initially viewed as nonsensical, but with Terry always coming out on top.  (Terry also has more than one monologue worthy of Al Swearengen during the show's run.)  He's a scumbag, but he recognizes when his self-interests intersect with others, and always knows how to play his hand.

Jeffrey Pierce as Det. Vincent Trout
The much younger partner of Michael Mooney, Det. Trout is Mooney's main motivation for teaming with the FBI.  Mooney has no real expectations for his career at this point, but recognizes that working an FBI detail will enable Trout to come back to the NYPD with more than a little prestige.  I'll give actor Jeffrey Pierce credit for his ability to deliver Milch's unforgiving dialogue with conviction; he doesn't struggle the way Rick Schroeder did a few years earlier on Blue.

David Strathairn as FBI Agent Will Preecher
The straight-laced boss of this FBI division, Will Preecher is the moral lead of the series.  He still blames himself for the car accident that killed his wife and children years earlier, and hopes to find some redemption working the big case of the series.  Just based on my limited knowledge of CBS procedurals, he seems like the kind of character the network loves.

Glynn Turman as Ted Olsen
Perhaps best known as Mayor Clarence V. Royce on The Wire (or for being Aretha Franklin's ex-husband...or George Lucas' first choice to play Han Solo!), Glynn Turman plays Ted Olsen, Sarah Day's former teacher at Quantico, who has brought her in as his replacement as he nears retirement.  He's very much a supporting player and not the focus of any storylines during the show's brief run.

Donnie Wahlberg as Chris Scott
Wahlberg plays the young associate of Terry Maddock...and the boyfriend of the dead stripper whose murder is at the core of the series.  He's frequently manipulated by both Maddock and the FBI, and ends up playing a significant role in the series' finale episode.  Given that Amazon informs me that customers who purchased Big Apple also bought Wahlburgers on DVD, I half-suspect that this DVD was released solely for the Donnie Wahlberg connection. 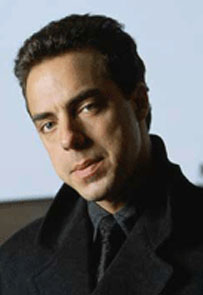 Titus Welliver as FBI Special Agent Jimmy Flynn
Another Milch favorite, Titus Welliver plays the morally conflicted Jimmy Flynn.  Flynn's the agent who brought Terry into the FBI as an informant, and actually grew up in Terry's neighborhood, idolizing him.  Flynn, like many of Milch's heroes, is intelligent enough to recognize his flaws, but too stubborn to do much about them.  He's played masterfully by Welliver, who in a perfect world, would've continued in this role and given the audience a character just as engaging as John Kelly or Seth Bullock.

Ultimately, Big Apple suffered due to a regrettable timeslot, and a network that quickly lost interest.  (Casting Al Bundy and one of the New Kids on the Block as regulars probably didn't help matters at the time, either.) It's a series that isn't based on a case of the week, and requires the audience's attention from the first episode if any sense will be made of the plots.  In many ways, it covers much of the ground The Wire will later explore (right down to the working class hero detective who serves as the audience's entry character, and an off-screen mobster known only as "The Greek"), but without any of the HBO prestige attached.  It's the kind of series that never really worked on network television, and CBS found around fifty audience-friendly procedurals to easily fill its slot.  (CBS eventually toppled the once-untouchable NBC, which was down to a fourth place network a few years ago.)  If you're a fan of NYPD Blue, however, and are curious to see how Milch would've handled a less rigidly-structured network drama, the DVD is absolutely worth a look.

I'll leave you with the series' opening credits, which hint at the true meaning of the title -- the Big Apple isn't only New York, but also an allusion to the fruit of knowledge...

...and if you think the music was "inspired" by this Cardigans song, I wouldn't argue with you.

Next Time: More of NYPD Blue, in its post-Milch years.