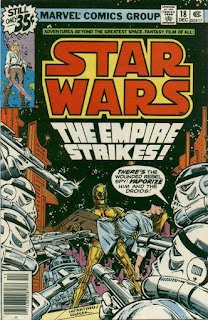 In a Nutshell
Han, Luke and Leia are forced to seek refuge on the Wheel.

Plot
En route back to the Yavin system aboard the Millennium Falcon, Luke suddenly falls unconscious. Han and Leia watch Artoo's recording of Luke's lightsaber training session, and discover that just before he was knocked out, he attempted a form of Jedi meditation taught to him by Ben. Dropping out of hyperspace to find a medical facility for Luke, the Falcon finds itself in the middle of an Imperial zone, the auto-navigator having taken the ship off course. Coming across a damaged merchant ship and an injured Rebel floating in space, Han retrieves the Rebel and brings aboard, where he explains that Imperials destroyed the ship but did so in a manner to frame the Rebels, including leaving previously-captured Rebels like himself on the ship. Just then, a Star Destroyer under the command of Commander Strom appears, targeting the Falcon. 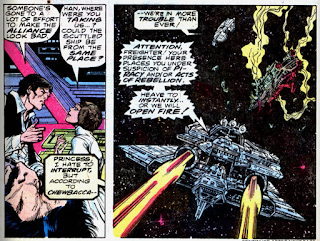 Han manages to evade the ship's advanced TIE fighters long enough to reach sanctuary, the nearby space station casino known as the Wheel, which is free from Imperial jurisdiction. They land aboard the station, but not before the Rebel they rescued dies from his injuries, and Han and Leia set out for the upper levels to square their presence with the Wheel authorities while the droids bring Luke to the medical center. However, when Strom lies to the the administrator of the Wheel, Senator Greyshade, that the Rebels destroyed a merchant ship carrying the Wheel's profts, he allows the Imperials aboard. Searching the station, Stormtroopers quickly corner Luke and the droids, while Greyshade, upon realizing that one of the Rebels is Leia Organa, decides to act himself.

Firsts and Other Notables
This issue marks the first appearance of the Wheel, a massive ring-shaped space station that serves as a preeminent gambling spot for some of the galaxy's highest rollers. It will be the setting of the story which unfolds over the next five issues, and is notable for being one of the few things from this series incorporated into the larger Expanded Universe (as it would later appear in a few of Dark Horse's Star Wars comics, and possibly serve as the inspiration for the Jubilee Wheel, which appeared in a few novels during the "New Jedi Order" storyline). 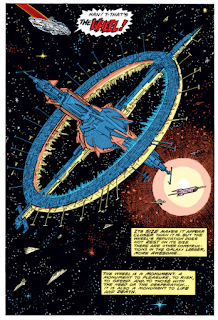 Commander Strom, an Imperial in charge of a Star Destroyer which targets the Millennium Falcon and chases it to the Wheel, also appears for the first time. He will serve as the main antagonist of this story, but hasn't made any subsequent appearances.

Similarly, Senator Greyshade also appears for the first time in this issue. The administrator of the Wheel (he continues to use the title of "Senator" even though the Emperor has disbanded the Senate), he seems to be setup in a similar role as Lando later in Empire Strikes Back: someone who isn't exactly a friend of the Empire, but is neither yet an ally of the heroes. Like Strom, he doesn't appear outside of this story, though he is mentioned in some online and role playing material, and the recent book Star Wars in 100 Scenes credits him as the owner of the speeder Anakin uses to chase after Zam Wessel early in Attack of the Clones. 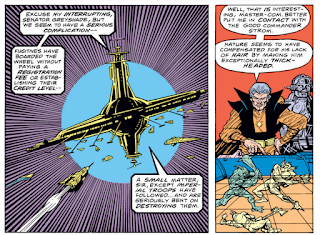 Early in the issue, the Falcon comes across a ship belonging to the wealthy House of Tagge, which Strom has destroyed in an effort to pin the blame on Rebels. One of the Tagges is mentioned as being an Imperial general, a reference to Cassio Tagge, who appeared in A New Hope aboard the Death Star and can be seen in current issues of Marvel's Darth Vader series, where the character has attained the rank of Grand General and has been put in charge of Vader (a punishment to Vader for having allowed the Death Star to be destroyed). Though Tagge has had a somewhat tumultuous history (he was said to have died aboard the Death Star in the Expanded Universe before he Darth Vader revealed him to be alive and well cannonically), the idea of his family being significantly wealthy and powerful has remained surprisingly consistent. 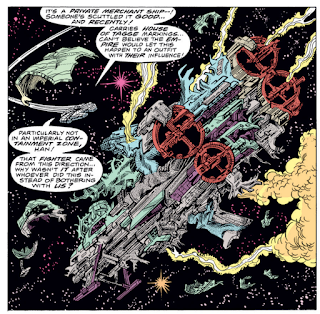 The title of this issue, of course, resonates a bit more after the release of the first sequel to Star Wars in 1980.

A Work in Progress
Han is seen wearing a breathing apparatus similar to the one he wore to meet Crimson Jack in issue #15.

It's said that the Wheel is allowed to remain relatively free of Imperial control because it contributes heavily to the Imperial coffers via taxes, with that freedom in turn helping to attract some of the wealthiest clientele in the galaxy. 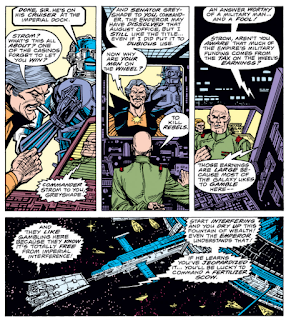 Um, Actually
Once again, the device through which the Millennium Falcon travels in Hyperspace is referred to as a warp drive.

The Falcon is attacked by a series of new, advanced TIE fighters patterned after the model flown by Darth Vader in the film; however, Vader's TIE Advanced, which was much better equipped than the average TIE, including having its own hyperdrive, was never mass-produced, though some of if its design innovations were later incorporated into the TIE Interceptor (seen in Return of the Jedi). 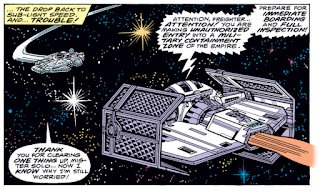 Strom's Star Destroyer is highly off-model in this issue.

Remember Star Wars?
Luke is seen once again practicing his lightsaber skills with a blast shield blocking his vision.

Teebore's Take
After a pair of issues off, Goodwin & Infantino return to kick off their next big story arc, and this issue begins things on a strong note, bringing back the Empire has an overt antagonist for the first time since the movie adaptation and planting a number of seeds with the potential to grow into future plot developments as the story goes on. First and foremost is the Wheel, another Goodwin/Infantino take on a classic sci-fi trope (the space casino) that gains a little from the past of the Star Wars universe (where we've already dealt with a space station of an altogether different kind). Secondly, in Commander Strom and Senator Grayshade, the story receives a pair of antagonists that not only spell trouble for the heroes, but in their discussions of the Wheel and its place within the Imperial system, deepen and enrich the universe as a whole beyond this one story.

More importantly, as the story begins, each of the three main characters is given a specific plotline to follow through on in future chapters. Han, the seasoned space pirate, has a history with the Wheel. Leia, unknownst to her, has caught the attention of Grayshade, who was rivals with her father. And Luke, though unconscious for most of the issue, has the most intriguing setup, as his attempt to perform battle meditation puts him in some kind of coma. The notion of splitting the cast up, as they do once they reach the Wheel, seems dubious given how much time they've spent apart in previous issues, but at least this time they're all in the same place. Despite that reservation, the backdrop of the Wheel, the return of Imperial antagonists and the promise of something for everyone to do gets "The Wheel" started on a strong footing.

Next Issue
Trouble on the Wheel!