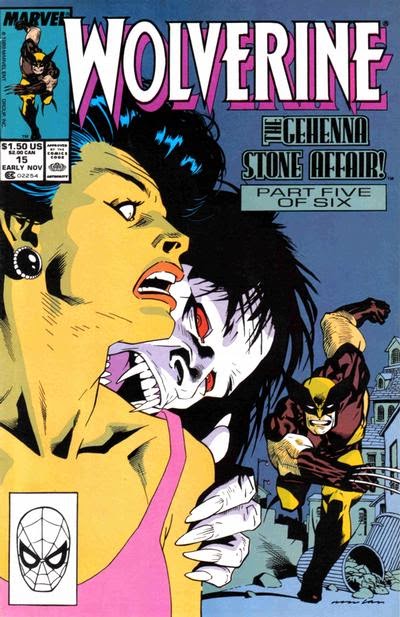 In a Nutshell
Wolverine returns to Madripoor in the hunt for the Gehenna Stone.

Plot
In Madripoor, Wolverine rescues Lindsay from a group of police officers attacking her for information about the stone O'Donnell recently acquired. Returning to the Princess Bar as Patch, he oversees a confrontation between Lindsay and O'Donnell, and learns that both of them, like Jessica, knew Patch was actually Wolverine. Just then, Archie bursts in saying Burt has gone missing. O'Donnell tells them of how the Prince acquired the stone from O'Donnell, just as a group of cops arrive led by Chief Tai. Out on the streets, Burt helps save a woman from Ba'al's followers. who want to use her as a blood sacrifice. When he's overwhelmed, Jessica intervenes, helping fight off the last of the followers. 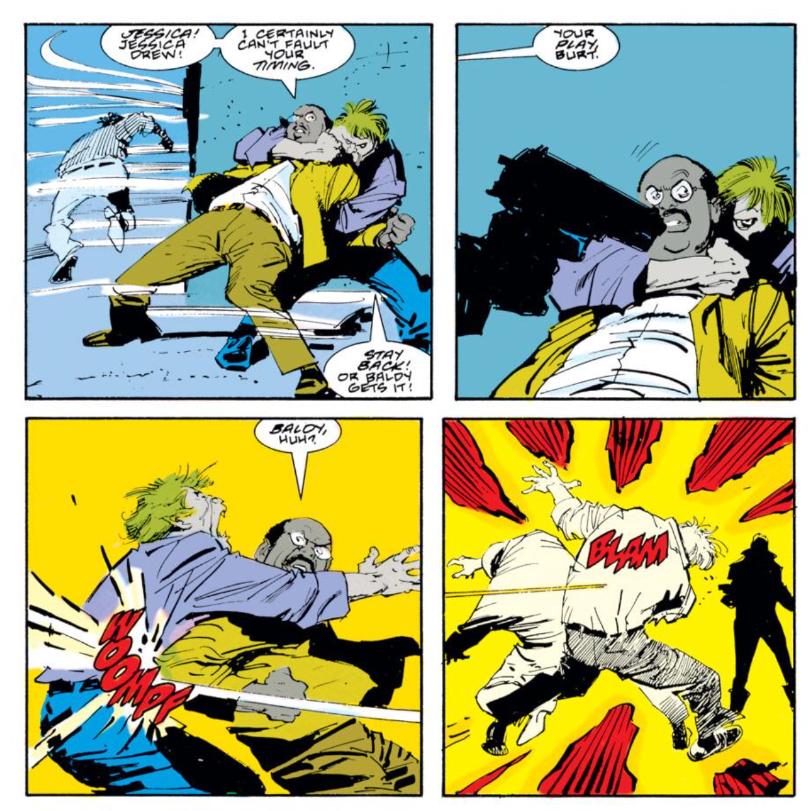 Back at the Princess Bar, Wolverine, O'Donnell and Archie fight off the cops, ending the confrontation when Wolverine realizes both the stones O'Donnell and Burt had were fragments of the Gehenna Stone, which are making everyone act crazy. With the Prince in possession of one of the fragments, Wolverine realizes the most powerful man in Madripoor now has something which puts people at each other's throats. He, Archie, Tai and O'Donnell set out for the Prince's palace just as Jessica tracks one of Ba'al's followers to the same place. Jessica requests an audience with the Prince, and when she enters his throne room, she finds him waiting with his guest, Ba'al.

Firsts and Other Notables
This issue establishes that, in addition to Jessica Drew, Lindsay and O'Donnell also knew that Patch was Wolverine, with the three of them assuming he had a reason for perpetuatung the ruse and not wanting to call him on it. 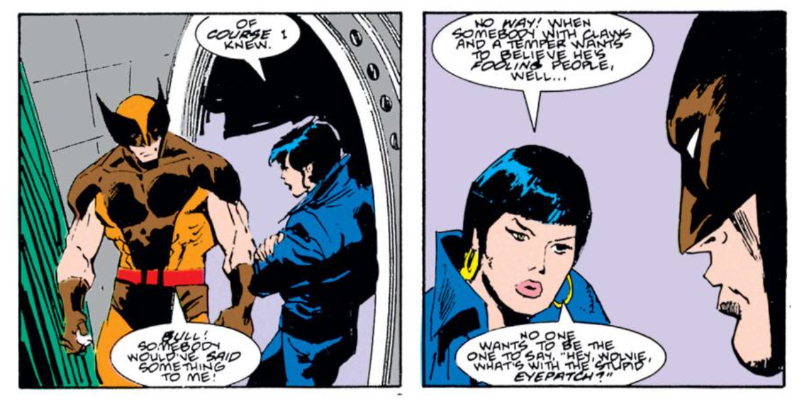 O'Donnell also points out that aliases are common in Madripoor, as neither "O'Donnell" nor "Tyger Tiger" are their respective owners real names.

A Work in Progress
This issue marks the first time Wolverine wears his superhero costume in Madripoor. 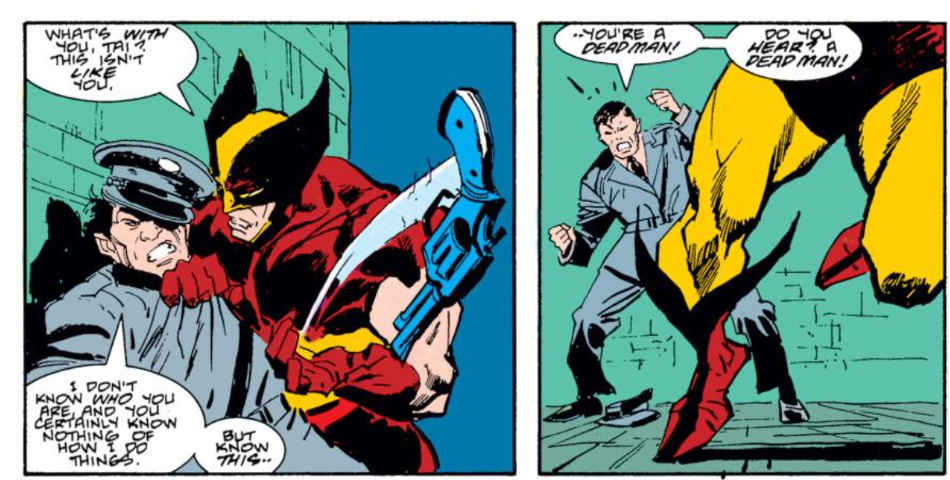 Wolverine suggests the reason he's not affected by being around a Gehenna Stone fragment is because he's already pretty nasty. 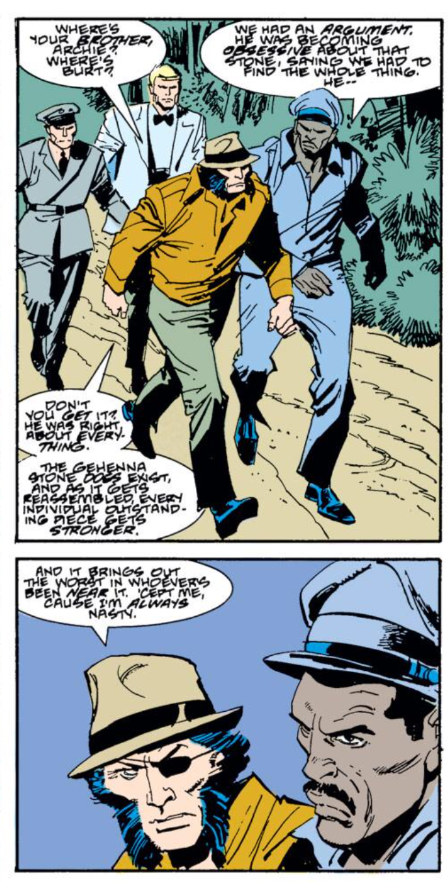 Teebore's Take
There's not much to this one. It's your standard penultimate issue, moving the action back to Madripoor and putting all the players into place for the finale. There's a little more discussion of the whole Patch alias, making it clear that everyone knew all along Patch was Wolverine and was basically playing along for his benefit. It's a bit forced, but David handles it all very tongue-in-cheek, with a hint of a wink at the audience, so it works. The important thing is that it's done, and now at least the people closest to Wolverine in Madripoor can acknowledge his actual identity. 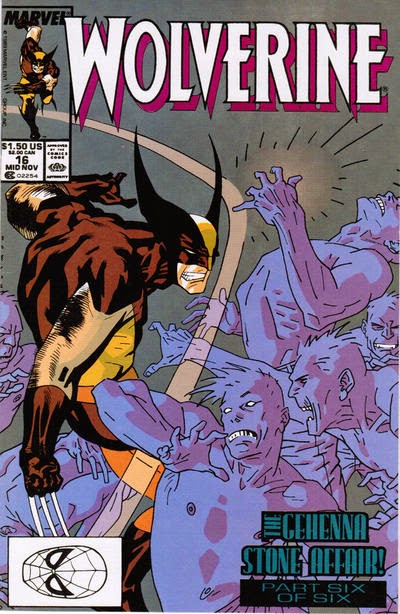 In a Nutshell
Wolverine destroys the Gehenna Stone and defeats Ba'al.

Plot
Outside the Prince's palace, Patch, Archie, Tai and O'Donnell fight a group of Ba'al followers, and Patch uses the scuffle to change into his Wolverine attire and sneak off. Inside the palace, Jessica learns the Prince is negotiating with Ba'al for the final fragment of the Gehenna Stone he needs, while on the streets of Madripoor, Burt learns Jessica has gone to the palace. Inside, negotations sour, and Ba'al rips the stone fragment from the stomach of the Prince's aide, who had swallowed it for safe keeping. A fight breaks out between Ba'al's followers and the Prince's men, while outside, Burt races past Archie, Tai and O'Donnell on his way to the palace. Inside, Wolverine joins the fray just as Ba'al finishes assembling the Gehenna Stone, restoring his power and transforming his followers into actual vampires. 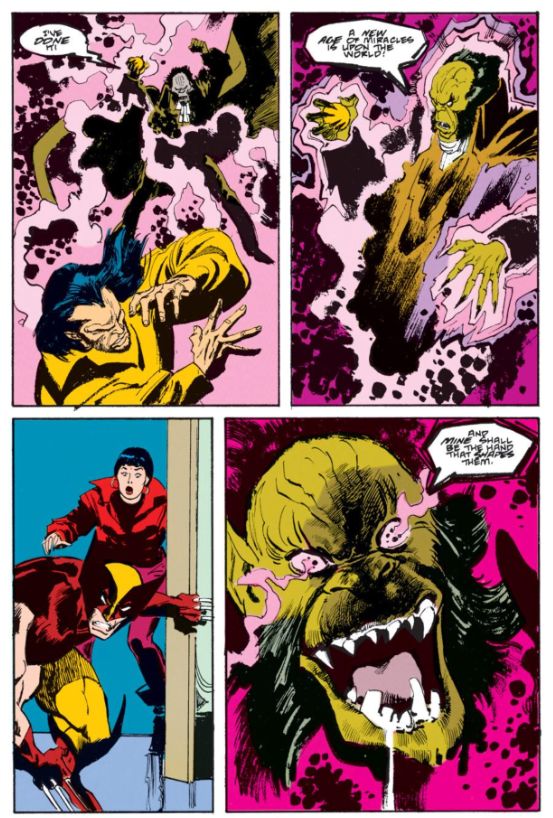 Wolverine fights his way to Ba'al, and a furious battle erupts between them. Praying for a higher power to guide his hand, Wolverine manages to destroy the Gehenna Stone, sapping Ba'al's power. Together, the pair are blasted outside the palace to the water below, just as Archie, Tai and O'Donnell enter and help capture Ba'al's now-powerless followers. On the beach outside, Wolverine watches Ba'al emerge from the water, then fall to the sand, dead. Later, at the Princess Bar, Wolverine assures Archie that even if the stone is re-assembled, Ba'al won't return, as his power was destroyed when his body died. He, Jessica and Archie toast Burt, who disappeared during the melee, wherever he may be. Meanwhile, at the Monte Carlo Grande casino, Burt is winning handily at blackjack, and introducing himself as Bond, James Bond.

Firsts and Other Notables
It's suggested in this issue that Wolverine is an avatar for the Hand of God who first defeated Ba'al in ancient times. 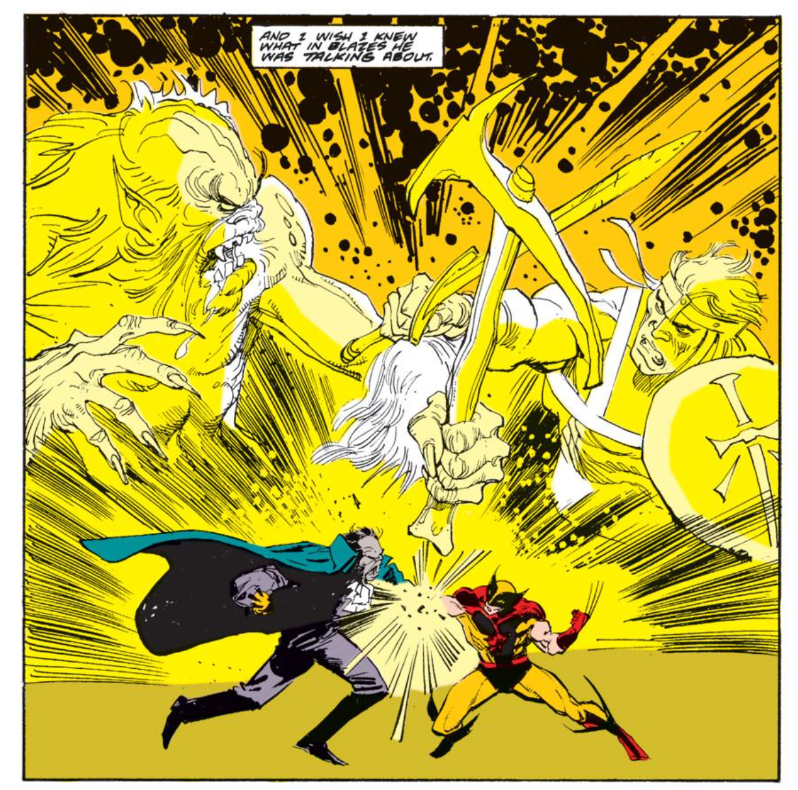 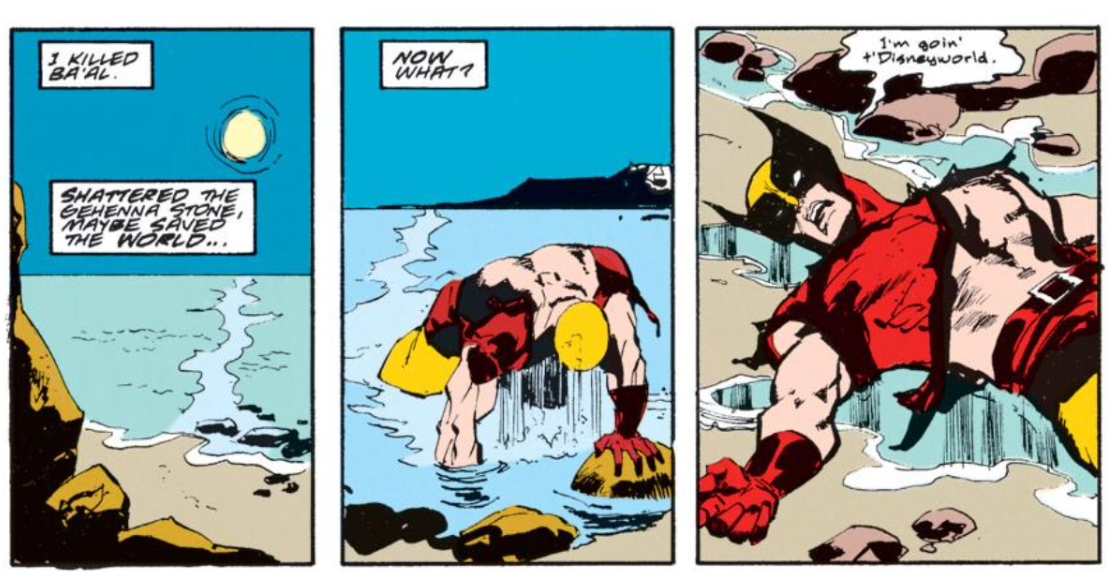 Young Love
In the wake of Ba'al's defeat and their Gehenna Stone-influenced tryst, Lindsay and O'Donnell remain attracted to one another. . 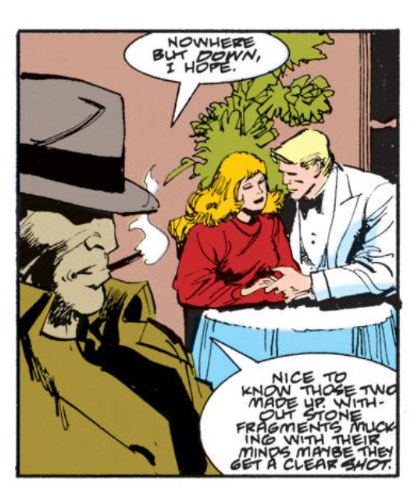 Teebore's Take
In the end, "The Gehenna Stone Affair" turned out to be better than I was expecting. Ba'al and his followers don't exactly make for the most dynamic of villains, and the car-chase-laden second chapter is a complete waste of time, but while I was expecting a story more akin to a Marvel Comics Presents serial, something completely cutoff from the regular trappings of the series and featuring characters appearing for the first and only time in the story, this actually made pretty good use of the Wolverine supporting cast throughout. Plus, by putting the whole Patch ruse behind it, the story actually progressed the overall narrative of the series forward a bit, further helping it feel connected to what's come before and what will be coming after. As a result, the story as a whole is of a piece with the rest of the series: nothing exceptional, but solid action-orientated superheroics with pulpy adventure story undertones.

Next Issue
Things get a little looney in the Excalibur story in Marvel Comics Presents #31-38.
Newer Post Older Post Home
Posted by Austin Gorton at 12:00 PM