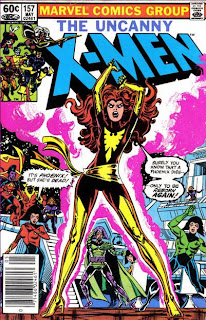 In a Nutshell
The X-Men and Starjammers defeat the Shi'ar and save the planet.

Plot
Near Pluto, the X-Men and Starjammers are working frantically to repair their ship when Colossus suddenly collapses, succumbing to the still-healing injuries he suffered at Deathbird's hands. As he's looked after by Sikorsky, Lilandra reveals that she tried to contact Chancellor Araki via the imperial commlink in order to get him to call off the attack on Earth, but while a connection was established, he never answered. Desperate, Professor X establishes a mindlink with Nightcrawler and Kitty, still aboard the Shi'ar flagship, and tells them Lilandra is safe. While doing so, he senses an anomaly within himself, but when he attempts to probe it, his mind shuts down, putting him into a vegetative state. Meanwhile, aboard the Brood's ship, the Brood attack Deathbird for allowing Lilandra and the X-Men to escape, but Deathbird holds them off, promising to deliver the super-powered X-Men to them to be used as breeders for the Brood. Aboard the Shi'ar flagship, Nightcrawler and Kitty escape from their quarters just as Admiral Lord Samedar orders them killed.

They discover Araki dead, murdered by Samedar, and realize they need the Imperial Guard's help. On the bridge, Samedar orders the ship to fire on Earth, but Nightcrawler and Kitty create a distraction, with Kitty posing as a resurrected Dark Phoenix while Nightcrawler teleports away with Imperial Guard member Oracle. She reads Nightcrawler's mind and learns that Lilandra is alive, and alerts her fellow Guard members. However, a contingent of the Imperial Guard remain loyal to Samedar. As a fight erupts amongst the Imperial Guard, Kitty tries to disable the ship's computers, but is knocked out by its automated defenses. With Samedar's contingent of the Guard triumphant, the ship fires on Earth, but the repaired Starjammer drops out of warp just in time to deflect the blast. Lilandra orders an end to the hostilities and the arrest of Samedar. However, though Colossus is back on his feet and the Earth is saved, Sikorsky worries that Professor X may never come out of his coma.

Firsts and Other Notables
Chancellor Araki dies this issue, though he'll pop up again in Avengers #363 and then in New X-Men #133, in which he calls himself Araki 6, suggesting his consciousness may be getting transferred into cloned bodies. 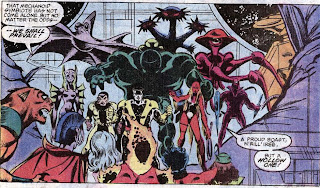 Deathbird promises to help the Brood acquire the X-Men to use as hosts, then swears to herself that she'll eventually betray the Brood. Though she'll make good on the first promise in issue #162, she never follows up on the second, and won't appear in the book again until after Jim Lee comes aboard. 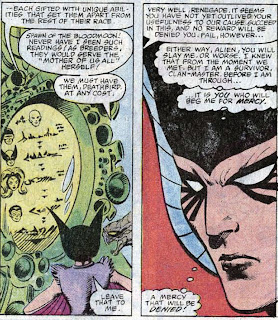 When Professor X telepathically contacts Nightcrawler and Kitty, he senses an alien anomaly within himself which, when probed, shuts down his mind; this is another reference to the heretofore unknown Brood queen growing inside him. 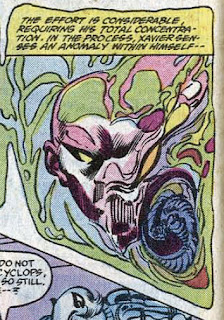 This issue posts the results of Britain's Eagle Awards, which X-Men swept.

Though not yet credited on the title page, the letters page lists Danny Fingeroth as the assistant editor of the book.

A Work in Progress
Colossus is once again told he speaks well, only for him to deny it, which is becoming something of a character trait for him.

Later, Colossus succumbs to the injury he received at Deathbird's hands in issue #155.  . 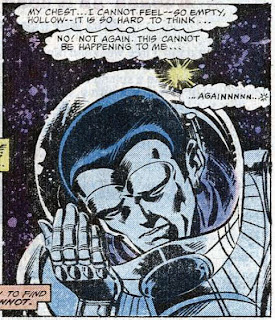 For some reason, Sikorsky selects Storm to assist him with Colossus' surgery. 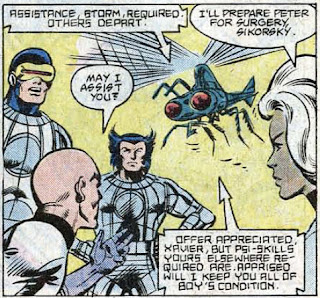 Wolverine really, really wants to sit in on that surgery... 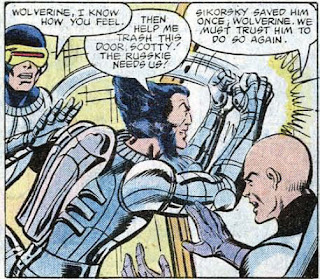 The Brood refer to their queen as "Mother-of-Us-All" once more.

It still takes a lot out of Nightcrawler to teleport with someone. 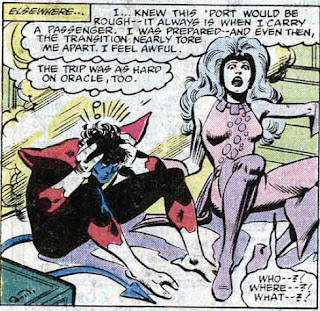 I Love the 80s
The captain of the Shi'ar Dreadnought is named K'rk, and he is considered to be the same captain who was pursuing Lilandra in issue #105.

Those speech bubbles on the cover look positively quaint these days...

Claremontisms
Twenty months removed from the ending of "The Dark Phoenix Saga", Claremont once again references that story by having Kitty use the Shi'ar costume machine and some theatrics from Nightcrawler to appear before the Shi'ar as Dark Phoenix. It's perhaps a less egregious recall of the story here, considering the Shi'ar's involvement in both. 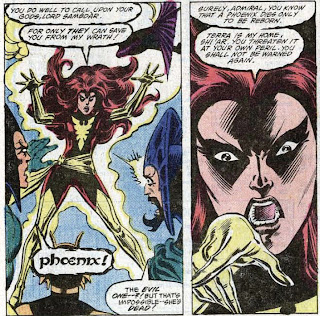 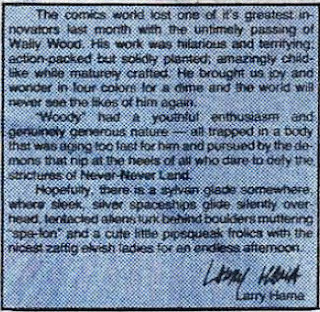 Teebore's Take
The first act of Claremont and Cockrum's Brood story comes to a close with this issue. It's still a bit padded (the ship repair scenes which open the issue are fine, but a bit with Wolverine almost spinning off into space seems unnecessary, and Colossus re-injuries himself for no discernible story reason) and the X-Men are reduced even further to supporting characters in their own book. But while I still think this maybe could have been done in three issues instead of four, I'm picking nits at this point. Claremont manages to address some of my concerns from last issue, moving Nightcrawler and Kitty to center stage and making it clear why Lilandra can't just call off the attack herself, and we have a return to Claremont's long form plotting, as several plot threads are left hanging for future stories (though the Earth is saved and Deathbird's rebellion quelled, Professor X remains in a mysterious coma and Deathbird has promised the X-Men to the Brood). In the end, the final issue of this part of the story falls in line with what's been said about it all along: not groundbreaking stuff, but a welcome return to solid, fun, well-constructed super-heroics, and a fantastic showcase for Dave Cockrum.