And the Oscar Goes To...

My consecutive streak of winning the Oscar pool was heartlessly ended last year by Mr. Shabadoo, so this is a big rebound year for me. Here's how I'll be filling out my ballot in the hopes of reclaiming the title.

We'll start with probably the biggest lock of the night, as Christopher Plummer has won nearly all the critics and industry awards in the run-up to Oscar night, and is a beloved industry veteran who's never won (and only been nominated once before, in 2009). Interesting bit of trivia: should he win, at 82 he'll be the oldest acting Oscar winner of all time. Any chance of an upset will come from the similarly beloved, old and under-nominated Max Von Sydow, who has the distinct advantage of being nominated for his performance in a film that is also a Best Picture nominee. But the consensus is that Extremely Loud and Incredibly Close has a small but devoted group of fans within the Academy that got it nominated, and that when the dust settles, the Academy will fall in step and give the award to Plummer. 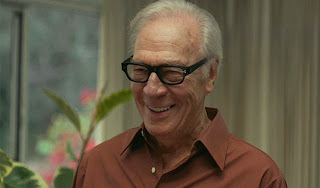 The traditional mantra when multiple actors get nominated from the same film is that they split the vote, allowing someone else to swoop in and win the award. And while The Help has a huge amount of support from the acting branch, the largest voting body of the Academy (it more or less swept the Screen Actors Guild awards), it's entirely possible that Chastain and Spencer could split the vote. In which case, the likely benefactor would either be Melissa McCarthy, whose standout (for the Academy) comedic performance is the kind of thing that can, on occasion, win a best supporting Oscar, or Berenice Bejo, taking advantage of The Artist's big bight. All that said, McCarthy's nomination for such a broad, crude role in a popular comedy is largely seen as its own reward, and with Spencer cleaning up other awards for her fun, pleasing performance, it seems likely that she'll avoid any split and come away the winner. 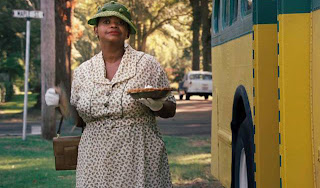 This is largely a two horse race between Jean Dujardin, riding a wave of support for The Artist and Hollywood's classy gent, George Clooney. Who you pick largely comes down to whether you think the Academy loves The Artist more this year than they do Clooney in general. Bichir and Oldman's nominations are largely seen as their own rewards, and while Pitt was quite good in Moneyball and is also loved by the Academy, this simply isn't his year. Expect Dujardin to triumph, as Clooney, once considered the frontrunner, has seen his momentum overtaken in recent weeks. 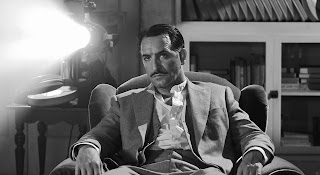 Performance by an Actress in a Leading Role Glenn Close, "Albert Nobbs"
Viola Davis, "The Help"
Rooney Mara, "The Girl with the Dragon Tattoo"
Meryl Streep, "The Iron Lady"
Michelle Williams, "My Week With Marilyn"

Another two horse race. Though Michelle Williams won the Best Actress in a Comedy/Musical award at the Golden Globes (despite My Week with Marilyn being neither) the Globes are not the Oscar predictors many think they are, and for most of awards season, this has been viewed as a contest between Meryl Streep, Oscar's leading lady, and Viola Davis. While it has been a surprisingly long time since the current record holder for most nominations last won (Streep took home her best actress Oscar in 1982 for Sophie's Choice), her bevy of nominations almost works against her: it's possible voters will overlook her, assuming (probably rightfully) they'll get another chance to vote for her next year, or the year after (also, it doesn't help that The Iron Lady isn't spoken of very highly beyond Streep's performance). But what it boils down to is the tremendous amount of support shown to The Help, and the fact that Davis is viewed as the film's dramatic center. Never count out Streep, but expect Davis to join Spencer in the winner's circle. 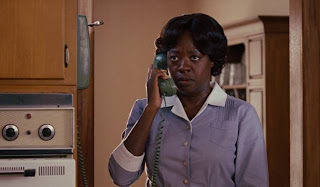 Stop me if you've heard this one before: The winner of the Directs Guild of America prize wins the Best Director Oscar. For the last several years, there has been a two person race for this award heading in to Oscar night, and it's always been framed as the DGA winner vs. a likely upset (in 2010, it was Kathryn Bigelow and James Cameron, last year Tom Hooper and David Fincher). This year it's The Artist's Michael Hazanavicius vs. Martin Scorsese. While Hugo is clearly loved by the Academy, leading the pack with eleven nominations, and Scorsese himself is an industry darling, history comes down on the side of this year's DGA winner, Hazanavicius. As in year's past, there's enough reason to consider a possible upset, and history isn't always right, but this is one category where I won't be betting against the likely groundswell of support for The Artist, nor historical precedent.

Early in awards season, this year's best picture race was shaping up to be a battle between The Descendants and The Artist. But The Descendants has been fading recently (expect it, at the very least, to pick up the Adapted Screenplay Oscar), and with Hugo capturing the most Oscar nominations (a sure sign of widespread support for the film across the Academy) it has risen as the presumptive underdog able to take out The Artist. Both films deal with the history of film, the power of the movies, and the transformation of the medium, themes that always speak to the Academy but which are particularly relevant now. The Artist has remained the presumptive favorite throughout awards season, positioning it as the first (and only) silent film to win Best Picture since Wings in 1927, and though there has been the now-customary backlash against the film in the runup to Oscar night, there is little to suggest it won't walk away a winner on Sunday.