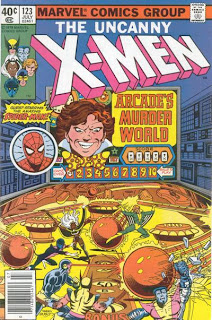 In a Nutshell
The X-Men are captured and imprisoned in Arcade's Murderworld.

Plot
Spider-Man is on his way to a date when he bumps into Cyclops and Colleen Wing. After a brief chat, they part, and as Spider-Man leaves, Colleen and Cyclops are captured by a garbage truck. Recognizing the sound from his own encounter with the villain, Spider-Man realizes Arcade is targeting the X-Men. Meanwhile, at the Metropolitan Opera, Colossus and Nightcrawler, along with their girlfriends, are attacked and knocked out by Arcade's associate Miss Locke, while Wolverine is captured following a date with Mariko. Back at the mansion, Banshee is awoken by the telephone, but is stunned by Arcade before answering. Brought downstairs by the still-ringing phone, Storm is similarly knocked out.  Arcade answers the phone and tells Spider-Man, who was calling to warn the X-Men, that he's too late. 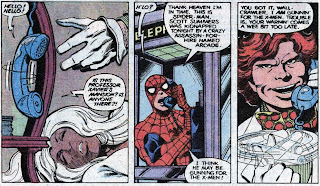 The X-Men awaken inside Murderworld, groggy and trapped in Lucite spheres. From his control room, Arcade sends the X-Men through a massive pinball game before dropping them into their own individual deathtraps. Cyclops finds himself in a room with three doors; he's told one is an exit and the other two dead ends, but he must decide before a hydraulic ram smashes him against the wall. Colossus is seemingly  confronted by Colonel Vazhin of the KGB, who calls him a traitor for joining an American superhero team. Wolverine finds himself inside a hall of mirrors, attacked by distorted android versions of himself. Nightcrawler is attacked by bumper cars with buzz saws while Banshee is bombarded by WWII airplanes and Storm is trapped in a deep pool of water that is trying to pull her beneath the surface. As the hydraulic ram draws closer, Cyclops decides not to play by Arcade's rules, and blasts out the side of the room instead of the doors. Escaping, he finds Wolverine, and the pair make quick work of the androids before running into Colossus, who has been brainwashed into the Proletarian, hero of the Soviet Union. His first mission: to smash the X-Men!

Firsts and Other Notables
The X-Men are taken to Arcade's Murderworld, his base of operations filled with elaborate death traps, for the first time. It's not the only time they'll be taken there...

Spider-Man makes a guest appearance this issue, dropping in to say hi to Cyclops and Colleen Wing and later trying to warn the X-Men about Arcade (whom Spider-Man battled alongside Captain Britain in Marvel Team-Up #65 and 66, Arcade's first appearance).

It barely counts as "notable", but a brainwashed Colossus appears as the Proletarian for the first time. I mention it pretty much just because the Marvel Index does...

As detailed here, this panel of Storm emerging from the shower became an inadvertent "nip slip" when the issue was reprinted, sans color, in Essential X-Men vol. 2.

A Work in Progress
This is the issue where, for all the prior plot holes, the wheels really come off the whole "everyone thinks the X-Men are dead" plot. Cyclops mentions trying to contact Jean's parents to Colleen. Though he's been unable to reach them thus far (if he had, he'd know Jean's alive), this makes it clear that Cyclops has told Colleen that as far as he's concerned, Jean is dead. Which means Colleen has never discussed with her partner Misty Knight the supposed death of Misty's friend and old roommate. 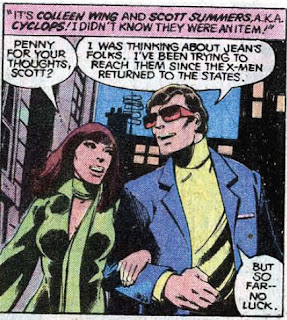 Later, Banshee makes it clear the X-Men have been home for weeks, and Spider-Man's phone call proves that the phone lines have been re-activated since Cyclops' visit to the phone company last issue, yet in all that time, Banshee has yet to call Moira, the love of his life. Cyclops, Nightcrawler, Colossus and Wolverine are all out on dates as this issue begins, yet Banshee spends his evening dozing in front of the fire. Nor has Cyclops, in the weeks the X-Men have been home, contacted Moira, despite specifically saying last issue that he was going to call her. 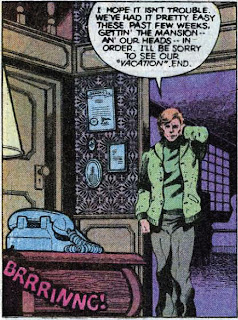 Inside Murderworld, Colossus is confronted by a KGB colonel named Vazhin. Though Vazhin in this issue is a fake, there is an actual KGB Colonel Vazhin who will make his first appearance in a future issue of Marvel Team-Up and eventually pop up in X-Men (he's essentially Nick Fury's Russian counterpart).

Despite describing himself as "barely literate" in X-Men #94, Banshee is reading fellow Irishman James Joyce's Finnegan's Wake, a particularly dense and difficult novel. 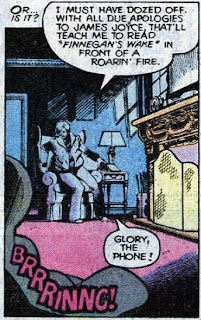 Banshee, being powerless, can do little against Arcade's attacks. 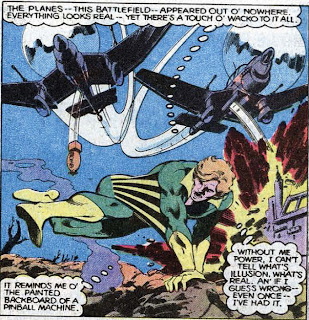 Professor X has a box at the Metropolitan Opera House in New York. 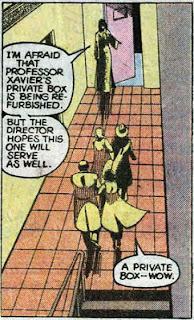 That 70s Comic
Arcade is the quintessential old school super-villain, having the heroes entirely at his mercy yet choosing to run them through a gauntlet of themed death traps instead of just killing them outright.

Arcade being the world's worst high-priced assassin aside, at one point, the X-Men are trapped in Lucite balls before getting banged up in a giant pinball machine and sent down specific tubes to traps designed for each of them; how does Arcade ensure the pinballs go down the right chute?

Most of the X-Men are captured wearing civilian clothes, yet when they awaken inside Murderworld, they are wearing their costumes (Cyclops even comments on this), suggesting that Arcade and his crew must have dressed the X-Men while they were unconscious, a skeevy detail that emerges from following the genre convention that the main characters need to appear in their costumes.

Colossus is taken to task by "Colonel Vazhin" for serving on an American superhero team instead of using his powers for the Motherland, and is brainwashed into becoming the Proletarian, hero of the Soviet Union, complete with a little picture of Lenin on his overalls. 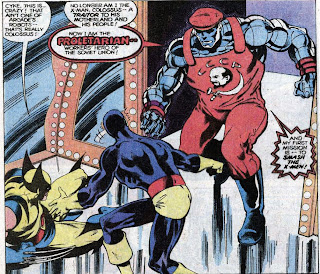 This issue contains a great example of a comic book staple that has fallen out of usage in recent years: the editorial footnote. When Spider-Man runs into Colleen and Cyclops, he refers to the last time he saw each of them, and a footnote leads to a caption which references the issues in which those meetings occurred. The issue itself provides the reader with everything they need to know (Spider-Man is familiar with Cyclops and Colleen due to past encounters), but if a reader wanted to learn more about those encounters, now they know where to look.

Claremontisms
Banshee is suddenly replacing the word "my" with the word "me" in his dialogue.

Claremont uses the word "stygian" to describe darkness in the narration; it's one of those great Claremontian words (I had to look it up the first time I read this issue as a kid).

Artistic Achievements
I'm not sure if credit goes to Claremont, Byrne, Austin or Orzechowski, but there's a hilarious bit where Spider-Man overhears Cyclops and Colleen getting captured and recognizes the sound effect. It's always cracked me up. 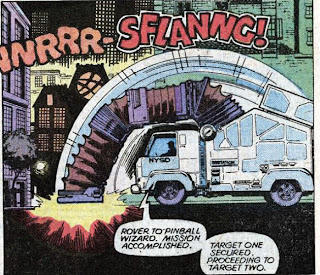 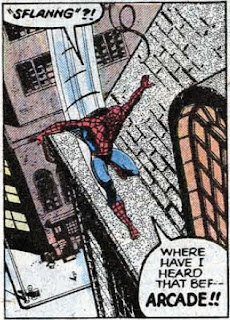 Young Love
Cyclops and Colleen are out on a date when they bump into Spider-Man. 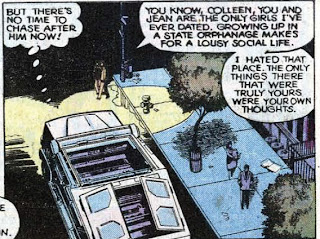 Nightcrawler and Colossus go on a double date with Betsy and Amanda, their semi-regular stewardess girlfriends. 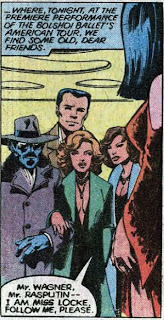 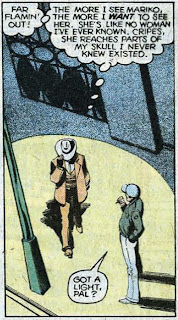 For Sale
I wonder what other things Pete Rose could teach us... 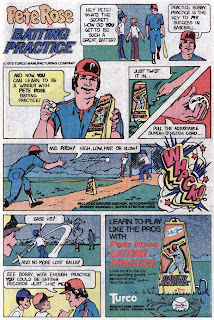 Pete Rose AND OJ? It's quite the month for ads featuring disgraced sports legends. 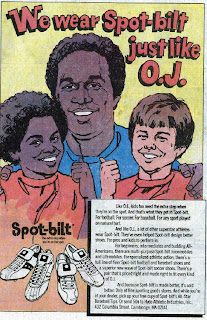 Chris Claremont on Portraying Banshee as Irish
"I chose Finnegan's Wake not because it was a book that anybody with half a literary mind would realize that only an insane person or an extremely erudite, educated, articulate one would even attempt to read. I'm only on page three...I consider myself proud to have gotten that far, and this in ten years. Ulysses was hard enough. But when you say "stereotypical," part of the problem is, how do you tell the reader this guy is Irish? Well, give him an accent. Jim [Shooter] doesn't like phonetic accents. You have to pick a word here or there or an expression or an attitude or a phrase...It may be cliche to show him when he's in civvies wearing a cord sweater and corduroys and a jockey's hat, but in Ireland - especially in the country - that's the "uniform"! That's what you wear. An Aran sweater, and cords, and boots, and that peaked hat."

John Byrne on Arcade and Murderworld
"They were about ninety-nine percent Chris. He 'cast' Malcolm McDowell, circa A Clockwork Orange, and suggested the ice cream suit. About the only thing I added was the shoes!"

Teebore's Take
Arcade is a...problematic villain. On the surface, there's nothing inherently wrong with him. He's an assassin, so it's easy to set him up as the antagonist of a story, and he has a gimmick that lends itself to fun comic book situations. But scratch beneath the surface, and he completely falls apart. Not every X-Men villain needs to be deeply layered and thematically complicated, but Arcade belongs amongst the likes of such Silver Age stalwarts as the Locust or Warlock moreso than the measured and complex stories Claremont and Byrne are producing at this time. He's a villain from the Adam West Batman show dropped into one of the most groundbreaking runs of a superhero comic.

Plus, while villains are, by design, destined to fail, by making Arcade nothing more than an assassin, every time he faces the X-Men he comes out of it looking less competent. For villains like Magneto or Dr. Doom, who have goals beyond just "kill the heroes", their inevitable defeats don't always have to weaken their credibility. All Arcade is supposed to do is kill the X-Men, and every time he returns and fails to do so, he looks less and less like a credible opponent. At one point in this issue, he declares, "Murderworld: where nobody ever survives!". Except everyone survives. Every time.

To Claremont and Byrne's credit, their execution of this story does its best to elevate it above the problems inherent to its villain. The various traps and threats the X-Men face are clever, and its fun to see how each of them overcomes the hurdles thrown in their way by Arcade. It's an entertaining story, nothing groundbreaking or revolutionary but an enjoyable super-hero adventure. So long as you don't think too hard about it. At all.

Next Issue
Will Cyclops and Wolverine be forced to attack their friend? Will Colossus break free of his brainwashing? Will anyone actually die inside Murderworld?
Newer Post Older Post Home
Posted by Austin Gorton at 8:00 AM