One of the best television shows ever has come to an end this year (three different times depending on how/when you were watching it). The show was Friday Night Lights. It got me to thinking of where it ranks among all other television series I've watched.

So, long story short, I decided to rank every show I've ever watched. So, after going through the process of finding/remembering all television series I've seen and then ranking them, I've finally compiled a list.

However, before I go into my list, there are a few rules:

Rule 1: Just "Dramas". I'm just focusing on shows that are meant to be more of a "drama." No comedies or reality shows.
It's not that I don't enjoy these shows, it's just hard to rank them against the more dramatic shows.

For example, it's tough to compare Seinfeld to Heroes...well...no it isn't. Seinfeld is better. But you get the idea.

That's not to say none of the series I rank don't have comedic moments. Heck, certain shows I've ranked other people would classify as a comedy when I wouldn't (*cough* Sports Night *cough*). I'm just staying away from straight comedies and "unscripted" shows.

Rule 2: Only series that have finished will be ranked. If Lost has taught us anything, it's that you can't judge a show until its final episode has aired.

Rule 3: Only series I've seen enough of will be ranked. I've noticed that there's a lot of series where I've seen some episodes but not the whole thing. In high school I was really bad about not following a show after it's summer break. If I haven't seen enough of a series I won't rank it.

I don't necessarily have to see every episode of a series, just a good majority of it. This means there are plenty of shows that I hear are great but haven't seen myself and , thus, won't be ranked. Shows like The Sopranos, The Wire, Battlestar Galactica, Angel etc.

Rule 4: No strictly kids shows. This is kind of subjective. Some shows geared towards kids may show up on the list, but only if I feel they have some merits that adults could enjoy. If it's a straight kids show I won't rank it. So, the original Transformers cartoon will not show up on list. However, Transformers: Beast Wars could have shown up on this list...if I had seen more than half the series. I was originally going to include kids shows but ranking the likes of Gummy Bears and The Noozles is just too complicated.

Rule 5: I am forgetful. I tried to create a list of every show I've seen...but there's the potential I forgot some.

Rule 6: New shows may show up. This will be an ongoing series of posts and there is a possibility I'll finish watching a TV series while I'm still posting the list. If that happens I'll try to shoehorn it in. We'll see how well it works. But that also means that these series of posts MAY NEVER END!!!!!!!!!!!

Rule 7: It's all personal preference. This is my list so you can all suck it! Seriously, though, a lot of this will be personal preference and, honestly, this list could have changed wildly depending on the day I decided to make it. I just had to make a list and stick with it because otherwise I'd spend the rest of my life doing stuff like swapping a show from 25 to 26 and then back again.

Alrighty...let's get on with it:

61. The Cape: This was a show I was mildly excited to watch...until I saw an episode. What a piece of shit. Not even Keith David could save it.

Not only were the characters one dimensional and the plot holes numerous, but half the time the story never made sense to begin with! The only way to enjoy this show was by laughing at its stupidity. I've never been able to enjoy a show that way.

60. Point Pleasant: You would think a show featuring hot teenagers in a battle between good and evil centering around the daughter of Satan would be remotely interesting and/or exciting. You would be wrong. 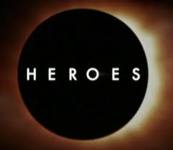 59. Heroes: I've ranted about the stupidity of Heroes before. What else is there to say? The show started with some promise but got so bogged down in adding more characters with stupid powers and focusing on the inner emotions of Sylar and nonsensical plots involving nonsensical motivations that the whole show became nonsensical. You see, the show's so terrible it's making my review of it terrible. Let's move on.

58. Betterman: I had a coworker who would speak using English words I knew and used them to form complete sentences. However, when I put all his sentences together I had no idea what was trying to be communicated to me. Betterman is the anime equivalent of that coworker.

57. Final Fantasy Unlimited: I love anime. I love Final Fantasy. I was excited to see a blend of fantasy, science fiction and action. Epic battles for the fate of the world. Magical sword fights and big shoot outs. This series couldn't not be awesome, right? *ahem* Mr. Spacey.

What I got was two annoying kids meandering around a wonderland-esque fantasy world looking for their daddy with every episode ending with the deus ex machina of a mysterious stranger showing up and saving the day using magic dirt bullets to summon a monster. (It's even worse than it sounds.)
Newer Post Older Post Home
Posted by Dr. Bitz at 11:46 PM