Top 5 Problems With The Wizard 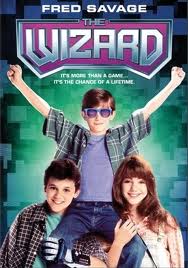 A funny thing happened a few weeks ago. The Wizard was on TV. It's a movie I watched a few times in my youth and is basically a 90 minute advertisement for Nintendo....so how could I not watch the entire thing? However, after rewatching it, a few parts of the movie bothered me a little bit.


Now, sure, some things in this movie are ridiculous. This movie takes place in a world where teenaged kids can hitchhike across America without any of the adult drivers questioning where the hell their parents are, where a trucker father willingly leaves his barely teenaged daughter to fend for herself for weeks a time, where, apparently, one of the most abhorrent professions around is tracking down runaway kids and returning them to their parents, where the person who takes on the job of returning a runaway kid justifies people's negative opinion of him by acting like the kid is $350,000 and he's in It's A Mad Mad Mad Mad World, where there's no shortage of adult businessmen willing to plop down their hard earned money on video game related wagers, where cops arrest a guy based on a teenaged girl's random accusation and never bother to try and get a statement from said girl, where teenaged kids can get hotel rooms with no parental consent, where some grown adults have no idea what an elevator is, where evil truck drivers steal money from teenaged kids, where tow truck drivers take cars to their shop and immediately strip them for $50 in parts, where every place in the world has a TV and are willing to let you hook up your video game system to it and this movie takes place in a world where evil gangs of teenaged video game players roam the landscape, beat up kids and steal their money. But none of that bothers me.

Sure some things that happen in the Wizard may be considered improbable at best and ludicrous to most but I'm willing to suspend my disbelief. However, if your portrayal of video games is less than 100% accurate then you've gone too far! So here are the top 5 issues I have with The Wizard:

Flawless Ninja Gaiden: At one point Haley notes that Jimmy apparently played through the entirety of Ninja Gaiden and was on his second play though without ever getting hit once. Impossible I say...IMPOSSIBLE!!!

Obsession With Points: Everyone was obsessed with points in this game. Which told me this movie was written by 30-to-40 year olds who think all video games are like pinball. The idea that points matter went out of style with the likes of Space Invaders and Asteroids.

By the time Nintendo came around it was all about levels. What level can you get to? How fast can you get to said level? How many lives did it take? Did you "beat" the game? That's what late 80's video gaming was about.

The Power Glove: Contrary to what this movie would have you believe, the Power Glove was lame.......ultra lame. In fact, the only NES accessory more useless was R.O.B.

Super Mario Brothers 3: OK, let's get this out of the way first. What the hell kind of video game tournament breaks out a game nobody has ever seen or played for their championship round? That's like me saying there's an Olympic Event that's a triathlon. It consists of these three legs: the 50 meter dash, the hammer throw and zarita. What's zarita? Well, you'll find out what it is and what the rules are at the time that leg of the triathlon starts. Who does that?

Beyond that, why is everyone so good at playing this game they've never seen? Nobody can be that good when they've never played it before...and NOBODY can find a warp whistle on their first game.

Finding the warp whistle shouldn't matter anyway. As I noted above, this movie was obsessed with points and the Super Mario Bros. 3 challenge was no different. Getting the warp whistle is cool but it doesn't get you more points. (And that's not even getting into the fact that Jimmy's dad tells him to watch out for the mushroom, which is something you want to get, and the announcer keeps saying they're on a different stage than they really are....but whatever.)

And if all those issues aren't enough for you then you can check out this YouTube clip.

However, despite all these problems, I'll tell you one thing, I watched the whole thing and never once thought about changing the channel....and I'd probably do it again.
Newer Post Older Post Home
Posted by Dr. Bitz at 10:56 PM