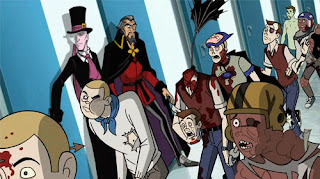 Another Venture episode I wished was longer, as I could have spent hours watching Dr. Orpheus fight his way through Dr. Venture's psyche alongside Billy and Pete/Eros and Thanatos. And the end tag was another surprisingly Venture moment that managed to be touching without losing the show's biting edge. Rusty can be an ass, but moments like that point out how hard it must be for him NOT to be an ass all the time. I love this show for its humor and zany characters (amongst other things) but I also appreciate these small moments of character development.

Dean: If you need a Bible, I have one on tape, narrated by Mr. Darth Vader.

Brock: I'm sure it was the Rush cassette, Dean.

Dr. Venture: Okay. I'm just turning sixteen and having a birthday pool party. My father invites every girl he knows. And I'm not talking about girls my age, no, not Jonas, he invites Playboy bunnies and models and, I think actual whores. You know, real prostitutes.
So there I am in my giant bathing suit with nervous puberty oozing out of my gigantic pores. Just awful. So, the band suddenly stops playing, and I hear: 'and now, the man of the hour, Rusty Venture!' All eyes on me, right? Then suddenly, almost predictably, the Action Man shoots my groin with a shrink ray right as that fucking jackass Colonel Gentleman pulls my shorts down.
Hank: Wow. That's like a nightmare.
Dr. Venture: Oh, no, no! What I went through today was 'like a nightmare'. What happened when I was sixteen, that is my life. 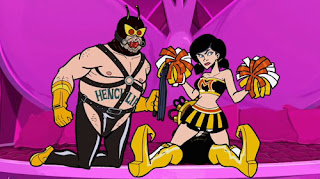 How I Met Your Mother: Baby Talk
Highlights:

An explantion for why, in this age of DVRs, nobody watches Robin's early AM news show: Marshall: our DVR won’t recognize it as a television program.

Marshall's mom asking him if he wants a beer while Skypeing. "I’m in a computer, mom"

Most of Barney's little kid act was weird and/or creepy, but I did like, "You’re body’s a total ... this many!" as he holds up both hands, fingers outstretched.

Robin: Wait, did you go out with Ted Mosby?
Becky: Yes! Guys, I went out with Robin's roommate! I saw her bedroom! She's a messy-bessy!
Robin: In other news, later today, a Manhatan architect gets punched in the throat.


The Event: Causalities of War
More like this, please.

It was fitting for a show in which two of its three female leads have spent the entire season thus far in captivity to release said females in the same episode.

Thomas' complaint about the vacuum tubes in 1944 could be a further suggestion that the aliens are really time travelers (or it could be more wishful thinking on my part). I did like the idea that Thomas worked on the Manhattan Project, and that history as we know it is at least partially the result of the aliens' presence. 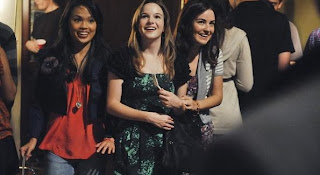 This was probably by least favorite episode of the show thus far, mainly because the message got a bit heavy-handed, even for this show ("If Jim's not careful, he'll end up like the other vigilante! He never should have canceled that camping trip!") and because I've watched enough "you can't use your powers, you have a responsibility to your family!" scenes for several lifetimes thanks to Heroes. The last thing I want to happen on this show is for it to become one where the super-powered characters never use their powers.

That said, I find myself liking Daphne's character more and more each episode, and having JJ's power give him football skills was a clever use of the power (even if I still think all the math in the world wouldn't give him the physical ability to throw the ball as far as he did).

Oh, and seriously, what is up with JJ's math teacher? JJ's proved, via a verbal discussion, that he knows what he's talking about and his grades have remained consistently good, further suggesting he knows the stuff. Why is this teacher so stubborn and seemingly-EVIL?


Running Wilde: The Junior AffairMy favorite episode of the show, so far. Not perfect, but better. Almost, dare I say it, Arrested Development-esque in places. It certainly helps that they're continuing to make Steve less obnoxious and more human (if still essentially clueless).

Not gonna lie: Fa'ad's "Alan Alda" accent had me in tears. Didn't matter what he was saying; I was laughing my ass off. 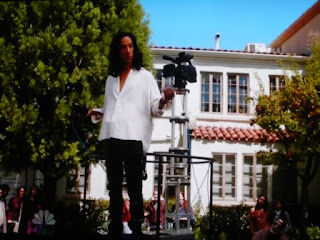 Once again, Community has me wishing I was better at writing about TV. This was, simply put, a brilliant episode, with humor, strong character work and interesting ideas about the role of religion and communities in modern times. The closing scene between Shirley and Abed was honestly touching. I loved the the little Jesus touches throughout (the last supper, Abed praying beforehand ala Gethsemane). Pierce even got a great subplot, and I loved how it subverted the cliched TV plot of the teen character falling in with a bad crowd over his parents' objections by making the oldest character on the show the teen, Jeff and Britta his parents, and then simply playing out the entire story beat for beat.

This was Community at its best.

Shirley: The Bible has been called the greatest story ever told.
Abed: Ben Lyons said the same thing about I Am Legend.

Abed: You know, being raised by TV and movies, I always thought that Jesus just walked on water and told people not to have abortions, but he was so much cooler than that. He was like E.T., Edward Scissorhands, and Marty McFly combined.


The Big Bang Theory: The Desperation Emanation
While I thought the whole bit with Raj suddenly having a deaf girlfriend was completely unnecessary to get Leonard where the show wanted him, it was nice to see Leonard back in the spotlight. How Leonard is dealing with the fact that Sheldon, of all people, is in a relationship (however he wants to title it) is something the show definitely needed to do, even if Leonard's desperate invocation of his pact with Howard led to a date that was pretty bad (as in, "not very funny").

This was also the first of several episodes from which Penny will be absent, as Kaley Cuoco seriously injured her leg in a horseback riding accident and was recovering while these episodes were filmed. Todd VanDerWerff, over at the Onion AV Club's review of this episode speculated that the absence of Penny forced the writers to have Leonard act as the voice of reason to Sheldon, a role that more and more often lately seems to be going to Penny (since Penny and Sheldon have admittedly great chemistry together).

He says, "because Parsons and Cuoco are so good together, the writers will often toss a storyline like this to scenes where Parsons earnestly hums along about how he doesn’t understand the behavior of these hu-mans, while Cuoco laughs at him, then gives him some good advice and sings “Soft Kitty.”"

I love that observation because as much fun as Penny and Sheldon can be together, their scenes together in which they hit the same beats (described above) over and over are becoming overused and thus losing their punch. Honestly, if I hear "Soft Kitty" one more time...

Sheldon: I don't want to be joined to an object along an inclined plan wrapped helically around an axis.


The Big Bang Theory: The Irish Pub Formulation
Another episode in which Sheldon took over what really should have been a Leonard/Raj episode, but I can't deny I didn't enjoy his elaborate ruse regarding the Irish barmaid, as well as the revelation of his love of trains. And the final scene, in which all the guys revealed the various secret actions they've done to one another, is a great example of how this show can be funny without just being "The Sheldon Show".

Oh, and so apparently, Raj can talk around his sister, so it must just be American women (or non family women) that affect him...

Leonard: You put moths in my food?
Sheldon: For science! 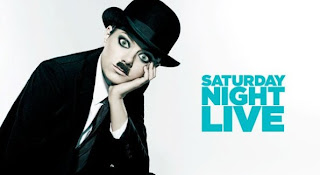 SNL has yet to have one good cold open this season...

One of my least favorite monologue devices is the "answer questions from the audience comprised of vaguely disguised SNL actors" schitck, but this was one was worth it for Taren Killam's impression of Michael Cera.

After a heavy outing last week, Kristen Wiig really got only one showcase sketch, dressing up her usual character as a home makeover TV show host. While, per usual, the sketch didn't know how to end (the bit with the eggs was unfunny and unnecessary) what I loved about this sketch was how Emma Stone's character basically reacted to Wiig's in the same way everyone watching at home was. Also, the cutaway to more-excited winners was pretty funny.

SNL must have gotten a new penis-digitizing machine, because in addition to the naked game show winner there was the extended Brett Favre commercial selling fly-less jeans.

It was inevitable that Emma Stone would play Lindsey Lohan, and I always enjoy the View parodies, but I wish she'd been given more to do as Lindsey.

Usually I'd rather more humorous takes on the news during Weekend Update than an endless parade of characters stopping by, but this week, all three of the appearances were pretty good, with Kenan's spot-on impersonation of the "Rent is too damn high" party's gubernatorial candidate, an appearance by Bill Hader's Stefon (which shouldn't be as funny as it is, but it is), and John Mulaney's "I Love It" monologue focusing on things that make him happy in the news. I'd like to see more of that last segment, especially.

Favorite sketch: Tough to say. This was an episode with a lot of really good sketches, but no great sketch. I liked the local news segment about teen trends ("Are teens taking turns hiding Osama Bin Laden so they can give him oral sex in exchange for lip gloss? The answer...right now. Yes, yes they are."), the Les Jeunes de Paris sketch was hilariously bizarre, and the bargain basement Halloween store commercial towards the end had it's moments, too ("Ghosts don't turn around, they just approach!" "What about when they have to leave the party?" "I don't know, I don't plan your life!").
Newer Post Older Post Home
Posted by Austin Gorton at 8:00 AM