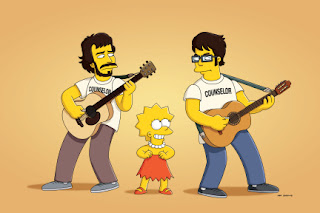 Lisa's portion of the episode, in which she attends performing arts class and struggles with the role of art in society, was infinitely better than the story involving Homer and Bart witnessing Krusty's trial at the Hague (though I did enjoy the Dutch clown attacking Krusty for stealing his act). The much-hyped appearance of the three Glee kids amounted to little more than a weak parody of Good Vibrations, but Bret and Jemaine from Flight of the Conchords were great.

Favorite Lines
Lisa: It's time for the noblest Nobel Prize of all: the Peace Prize.
Homer: I would kill for that!

Jemaine: She can't hear us. We're stage whispering.
Lisa: I can hear you.
Jemaine: No you can't!

Bret: In a way I think we learned more from her than she learned from us.
Jermaine: Well obviously. Because we taught her nothing.

Family Guy: And Then There Were Fewer (season premiere) 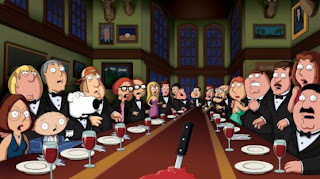 Some of Family Guy's high concept episodes work (the Star Wars spoofs) and some don't (the bizarre Brian-and-Stewie-locked-in-a-bank-vault episode last year). This one worked. I love a good locked house mystery (a la Clue or And Then There Were None) and the episode did a good job of parodying the tropes and styles of the genre with the usual Family Guy touches. It managed to be funny without sacrificing the ominous and creepy tones lifted from the source material, which was an accomplishment. And the animation (this was the first HD episode of Family Guy) has never looked better.

Peter: Oh, well then, maybe we just go, and you go to the kennel.
Brian: Oh, not the kennel. Last time you left me there for an hour. Or ten years! I don't know, there's no clock there!

Meg: I fell through a trap door that led to an underground passageway, so I followed it and it led me to a hatch over there in the parlor.
Tom Tucker: The same thing happened to me but with a mustache. 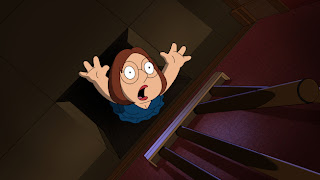 Derek: Hey, what are you doing up here? Wait a minute, what the hell is this? Oh my God! It's you! The man or woman who's been killing everybody!

The Event: To Keep Us Safe 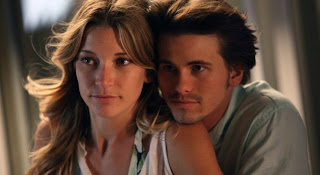 So the detainees are aliens*. Color me surprised that they revealed that so soon, and that the show is apparently establishing itself as a very sci fi show from the outset (something Lost didn't really hint at until the second season and continued to deny until the fifth). Hopefully, the show will be able to do something with this revelation that steers clear of V, as finding out the big plot involves aliens, some of which are hiding amongst us and have a different take on how to interact with humans than the established alien leadership already seems very similar to that show. But it's only the second episode, and there's still (hopefully) plenty of time for The Event to develop it's own identity. I like that they're willing to out themselves as science fiction so early; now we just have to hope the writers know what to do with it.

*Assuming we believe the CIA when it says they're aliens. They're clearly not human/more than human, but the "evolved humans time traveling into the past" theory could still be valid, as their DNA would be different, and they might be letting the government think they're aliens for some reason.

Also, I'm curious if Jason Ritter gets paid by the episode or paid by scenes in which he runs. Because he seemed to run a lot in this episode. 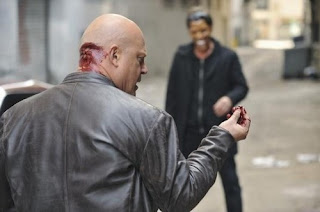 I enjoyed showrunner Greg Berlanti's last show, Eli Stone, more than most, and Marc Guggenheim is a TV/comic book writer in the Jeph Loeb tradition (but whose comic work doesn't involve ham-fisted plotting and creepy brother/sister romances), so I had high hopes for this show going into its premiere.

But really, the most heartening part of No Ordinary Family is the fact that, unlike Heroes before it, when a character discovers he has super powers, he's excited about it instead of emo. The fact that at least someone on the show's writing staff recognizes that some (most) people would be overjoyed to discover they possess a super human ability rather than angst about it bodes well for the show. That alone will keep me watching for awhile.

Beyond that, the pilot was standard pilot stuff, introducing the characters and the feel of the show. The "origin story", such as it is, was mercifully short* and I was pleasantly surprised at the introduction of an overarching plot, as it's revealed the Powell family aren't the only people in the world with super powers, and that Stephanie's boss (played by Star Trek/7th Heaven alum Stephen Collins) is involved in it somehow. So No Ordinary Family exceeded my expectations, and I'll definitely be sticking around for more.

*I'm getting increasingly bored with origin stories across all mediums, preferring instead to get to the part where people use their super powers. 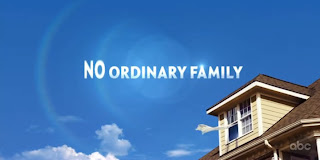 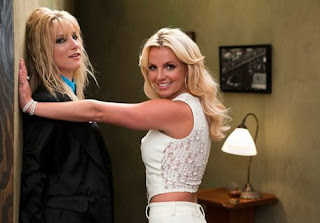 1. Glee works best when the songs in each episode tie in with the story lines, but most of the much-hyped Britney Spears songs in this episode felt shoehorned in (with the exception of Artie's version of Stronger, which at least tied in with his ongoing plotline). And the central conceit of this episode (that the anathesia gave everyone Brittany Spears hallucinations) was a pretty weak hook to hang the songs on, and furthermore, recreations of videos are a lot less fun that seeing Glee's unique take on a song. Occasionally, they work (like Sue's Vogue video in the Madonna episode last spring) but three remakes in one episode? Too much.

2. Brittany's hilariously random bits of dialogue work because we usually only get one or two an episode. When I heard she would get the spotlight in the Britney Spears episode, I worried we'd get overloaded with her one-liners to the point where they lost their humor. There were more than usual in this episode, but as long as they remain carefully doled out in future episode, they shouldn't lose their punch.

3. Will performing with the kids? Lame.

4. Also, remember the first or second episode of Glee, when they performed "Push It" at an assembly and as a result their music selections would have to come from an approved list or something like that? It went nowhere fast (an acceptable fate for a plot early in a new show's run when it was still finding it's footing) but after another risque New Directions assembly performance (on which set off a "sex riot") a callback to that forgotten plot felt appropriate. 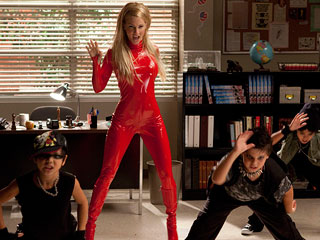 5. Uncle Jesse showed up for the first time, and I quite liked him as a surprisingly down-to-earth character.
It was nice to see a plot involving Finn and Rachel's relationship that didn't involve them coming together or breaking up.

Favorite Song: I liked the not-recreating-a-video version of "Toxic", but the constant cutaways to the crowd's reaction made it hard to really enjoy it. So I'll go with Artie's rendition of Stronger, another take on a song that was original and not just a video recreation

Favorite Brittany line: "I don't brush my teeth. I rinse my mouth out with soda after I eat. I was pretty sure Dr Pepper was a dentist."

Favorite Sue line: "That's what one Hubert Humphrey said back in 1968 at the start of the Democratic National Convention. But then hippies put acid in everyone's bourbon and when an updraft revealed Lady Bird Johnson's tramp stamp and tattoos above her ovaries, Mayor Richard J. Daley became so incensed with sexual rage that he punched his own wife in the face and spent the next hour screaming "sex party" in the microphones of all three major networks."
Saturday Night Live: Bryan Cranston & Kanye West 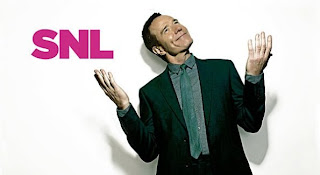