In which I cover things worth discussing but which don't merit their own posts.

Parks and Recreation Season One 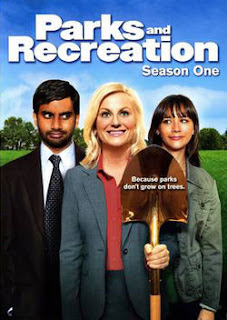 Mrs. Teebore and I started watching Parks and Rec midway through its second season, after we found ourselves thoroughly enjoying the first few minutes of every episode that we watched thanks to the DVR runover from Community. It's been said that the first season of the show was much rougher than the second, much less sure of itself and its portrayal of the main character, the hilariously earnest government employee Leslie Knope (Amy Poehler).

Those comments are true, as the nine episode first season is very much a work-in-process. Much of the characterization, timing and style of humor that worked so wonderfully in the second season is being figured out (I was particularly surprised at how little Ron Swanson, one of the show's breakout characters as well as one of my favorites, did in the first season). Still, we had the advantage of not watching these episodes without knowing what was to come, and enjoyed them immensely regardless of some of the bumps along the way. I found myself disappointed when we ran out of episodes, and remain eager for the release of the second season on DVD set so we can catch up on the early episodes from that season which we missed (I'm also eager for Outsourced to fail spectacularly, in the hopes that we might get the next season of Parks and Rec that much sooner...).


Spider-Man and X-Men by Christos Gage and Mario Alberti 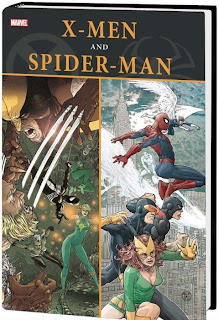 A fun (if slight) story that uses the characters' experiences with cloning/genetics (Mr. Sinister hires Kraven to get the X-Men and Spider-Man's DNA, then ends up creating an X-Men/Spider-Man/Kraven hybrid) as the common thread tying the X-Men and Spider-Man together while deftly navigating decades of continuity. The real draw here is the gorgeous artwork by Mario Alberti, who gets to draw Spider-Man and the X-Men at various points in the characters' histories: the 1960s X-Men, the 80s X-Men (including Mohawk Storm) alongside Spider-Man in his black costume, the 90s X-Men (including a bone-clawed Wolverine) alongside the Ben Reilly Spider-clone, and the present day iterations of the characters. It's all very gorgeous. 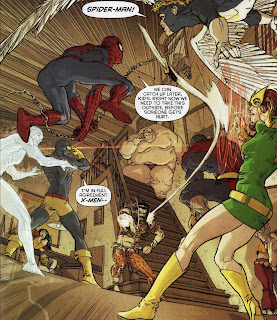 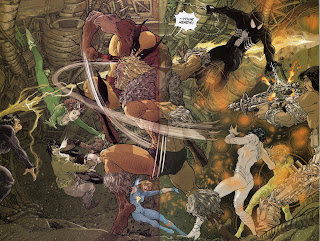 A Short History of the United States by Robert Remini 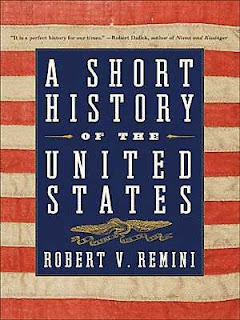 Very readable (it's almost narrative in style) and informative despite its titular brevity. Compared to other "short" histories of the US that I've read, I appreciated this book's focus on the presidential elections (instead of just discussing the "noteworthy" ones, such as Lincoln's election in 1860, Remini finds something interesting about most all the presidential elections), the relationship between the Presidents and Congress (which helps illuminate some of the congressional leaders of each era) and the significant legislation that each President or Congress managed to pass (again, like the elections, every history covers FDR's New Deal legislation, but tends to overlook less famous but still significant laws that have been passed).

It's said that we study history to better understand the present, and two specific items resonated with me in light of current events. When discussing the influx of immigrants in the early 20th century, Remini mentions a legislator who, in the 1920s, tried to pass a law declaring English the national language before Congress was forced to speak Italian (substitute "Spanish" for "Italian" and this could have been a congressmen speaking on the house floor today). Later, Remini writes about the War Powers Resolution of 1973, which was passed over a presidential (Nixon) veto and states that if the President deploys troops abroad congress must be notified within 48 hours of that deployment and that without a congressional authorization or a declaration of war, said troops can only be deployed for 60 days. Remini points out that the War Powers Resolution is routinely ignored by the President and not enforced by Congress, evidenced by the fact that Reagan, Bush the Elder and Clinton all deployed troops during their terms in office in direct violation of it, a fact that blew my mind with its truthiness.


The Winds of War by Herman Wouk 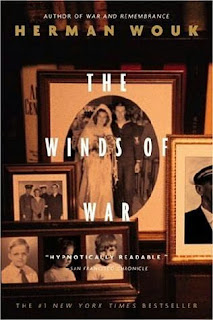 My dad tried to get me to read this book for years when I was younger, and I wish I would have listened to him sooner, as when I finally got around to reading it this past summer I thoroughly enjoyed it. Following the lives of one family in the years leading up to and in the immediate aftermath of the attack on Pearl Harbor, Wouk manages to credibly place his protagonists in historical hotspots that present the reader with an eyewitness account of history (the main character, Victor Henry, is the naval attache to Berlin and gets to experience the German side of World War II's early years, and his diplomatic position brings him to Russia, England and into FDR's confidence as well; his son, Byron, follows his would-be Jewish paramour to visit her family in Poland, and gets stuck in Warsaw as the city resists Nazi invasion).

Written in a journalistic style (that is, like someone's journal, and there are indeed parts of the story told through letters and journal entries), Wouk also excels at creating a strong sense of setting, a feel for the lifestyles, particularly the Naval lifestyle, and political issues of the times, without bogging down the story and forcing the book to read like a military textbook. It's dense, but I flew through it, and after finishing it, only my insistence to read some other books further up my "to read" list stopped me from immediately picking up the sequel which follows the characters through to the end of the war. I remain eager to reconnect with the Henrys, and finish out their story.
Newer Post Older Post Home
Posted by Austin Gorton at 8:00 AM