In my defense, it depends on what denomination you are. Some say the fourth commandment is Keeping the Sabath Holy and combine the covets and others do not. According Wikipedia anyway.But aside from all that, my real point is that the whole I'm your God and there's no other God's but me and keeping the sabath holy stuff has nothing to do with ethics in my opinion. And everytime I see the results of a survey that say something like 80% of Americans would not vote for a person to be president no matter what if they were atheist simply reminds me why I hate people.
He brings up a good point about atheism.

According to the completely reliable folks on WIKIPEDIA,

A 2005 survey published in Encyclopædia Britannica finds that the non-religious make up about 11.9% of the world's population, and atheists about 2.3%. This figure does not include those who follow atheistic religions, such as some Buddhists

I think a similar poll found American atheists in the 2 - 4 % range.

In recent years, GOD has taken a huge backlash from many Americans. They don’t want him in public schools or government fixtures in any way pointing to the 1st amendment as evidence Church and State are supposed to be separated.

Let’s look at the amendment verbatim -

“Congress shall make no law respecting an establishment of religion, or prohibiting the free exercise thereof;”

People spend a lot of time concentrating on the first potion of that phrase while completely ignoring the second half. Forcing judges to take down statues of the 10 Commandments or forbidding prayer in public schools are perfect examples of “prohibiting the free exercise thereof”.

Why are many Americans so adamant of doing away with God when only 4% claim he does not exist?

It all correlates to morality. No one likes to be told they are doing something wrong. The main reason many people do not go to church or want to talk about GOD is because they do not want to feel guilty. The fact of the matter is we all make mistakes. Keeping God in your life and answering to him for your mistakes is an excellent way to prevent you from repeating them or being immoral in your day to day actions.

The next level to the discussion would be what makes someone “atheist”?

It seems most atheist denounce the existence of GOD or gods sighting the lack of empirical evidence provided by science.

There are many things science cannot prove the existence of such as hope, love, dreams, Genghis Khan, gravity, evolution, maturity, black holes, or ghosts. There may be evidence for or against those subjects, but nothing can be proven as a concrete fact.

Evolution – The biggest joke in human history. The idea of evolution is about a hundred and fifty years old and has never been proven. I live for the opportunities to debate how bogus a notion this theory is and it fires me up that an ‘idea’ is taught to our children as fact. Most of science concedes that it is not proven yet they continue to base discoveries and new theories on this bias.

Where is the proof or the concrete evidence? The transient forms of life? Fossil records that supposedly show the various stages of man’s evolution from an ape-like being to our present form could all fit in the trunk of a Buick. In order to work, evolution needed time, so all of a sudden we began teaching that the world was millions and millions of years old. How did scientists prove that the world was this old? They didn’t. Carbon Dating has been proven wrong and inaccurate.

I have a ‘science’ book in my personal library that indirectly shows how delusional scientists can be. It states – 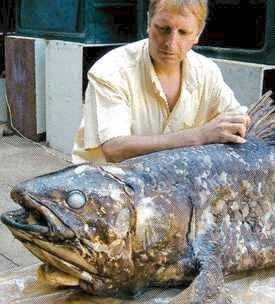 In 1938 scientists were startled by the discovery in South Africa of a lobe-fin fish called the coelacanth. Many fossil coelacanths were known, dating back to nearly 400 million years old. Experts had thought they had died out 80 million years ago, but it seemed local people had been catching them for years. They are “living fossils,” survivors from prehistory.
More than 100 coelacanths have been caught, and some have been filmed swimming in the sea near Comoro Islands, off southeast Africa.

So, according to scientists who believe in evolution, in the past 400 million years, the entire planet has evolved into a new ecosystem and thousands upon thousands of species have evolved to better adapt to these changes, however, this ONE fish has not had a single cell change in any minute way ! ? ! ? Wow. That’s amazing. Evolution must be true. (place sarcasm here) 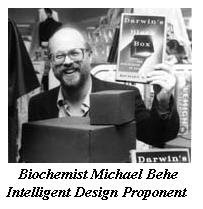 Michael Behe, a biochemist and intelligent design advocate, wrote a book titled Darwin’s Black Box in which he lays down his thesis that evolution as is generally accepted by science is impossible due to the irreducible complexity of several cell structures. Behe uses examples of modern irreducibly complex devices such as a mousetrap to illustrate his point. Without the base, the catch, the spring, or the hammer, a mousetrap could not fulfill its function of catching mice. All parts are needed to accomplish its design just as all parts of several cells in animals and humans are required to sustain life.

Leading scientists’ rebuttal to this argument hinders upon ignorance – give us time and we can discover how cells could properly function without all of the required components or they point to variations in species and combine them to form a perfect life sustaining being, one that hasn’t nor will ever exist.

Scientists generally seem to be anti-creationist because they argue that the creation theory (or belief) has not been proven by science, yet they fail to acknowledge that their "scientific" findings on evolution or the development of our world over billions of years has also not been "proven" by science either.

My point being that most scientists are also practicing a "belief". They go into a research project "believing" that the world is billions of years old and find "evidence" to support this belief.

Whether they want to accept it or not, science is a belief, and thus, by association, could be construed as a religion (kind of like the Tom Cruise Scientology thing.)

I feel sad when I see people blindly hiding behind a lie and a ruse and I challenge anyone who believes in Evolution to show me the facts that hold water behind their ‘theory’.

Back to the original topic – Why wouldn’t 80% of American’s vote for an atheist president?

My answer would be that most people prefer to practice a belief that offers hope. Science offers no hope for the future or the present for that matter. Science/ atheism says we are here for no purpose and strictly by accident. If this were truly the case there would be no repercussions for anyone’s actions because our existence is meaningless. If our existence is meaningless there is no such thing as morality.
If science is right, then a belief in God affects no one because we are all going back to nothingness. If there is a God then those who adamantly deny him will have to answer for there actions just as a child has to answer to his parents for their actions. 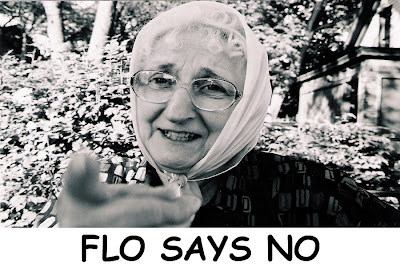