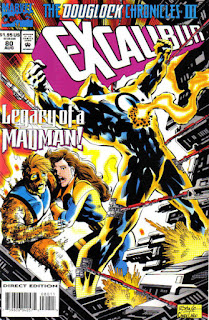 In a Nutshell
The "Douglock Chronicles" conclude, and it's revealed that Moira is infected with the Legacy Virus.

Plot
With Stryfe's base beneath the Pentagon self-destructing, Shadowcat works to remove a similar self-destruct component from Zero. Meanwhile, Nightcrawler & Daytripper return from Germany, and Nightcrawler meets with Professor X to discuss the Legacy Virus. Back in the base, Britannic & Meggan manage to create a tunnel, enabling everyone to escape the base, but Zero, attempting to find a way to access the Legacy Virus data inside his mind, gets his face blown off. On Muir Island, Daytripper admits to Rory she too saw the vision of him as Ahab, but insists that the future is not absolute. Meanwhile, everyone reaches the surface before the base explodes except for Zero, prompting Douglock to go back for him. Just then, Zero hears a recording from Stryfe who tells him that, with his death imminent, he's released the blocks on Zero's mind, giving him access to the Legacy Virus data as one final taunt. Just then, Douglock returns, and Zero plunges Douglock's hands into Zero's damaged face, transmitting the data and telling Douglock to remember him before the base, and Zero, are destroyed. Back on Muir Island, invigorated by his discussion with Nightcrawler, Xavier seeks out Moira, only to learn that she knows the Legacy Virus can infect humans because she herself is infected.

Firsts and Other Notables
This issue reveals that Moira knows the Legacy Virus can infect humans because she herself is infected. Sadly, she will remain infected for the rest of her existence, as the character will be killed off before the end of the decade, not as a result of the virus, but before the cure is found and released. 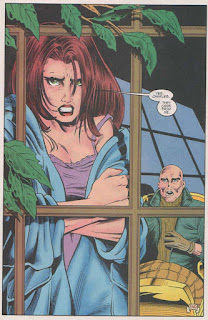 Zero admits that he holds the secret to the Legacy Virus in his databanks, but in true dick move/plot convenance, Stryfe will not allow him to access the file. In the moments before his death, a pre-recorded Stryfe removes the blocks on Zero, giving him access to the Legacy Virus information. He proceeds to transfer that data to Douglock, but like so many other Legacy Virus teases, it doesn’t really go anywhere. 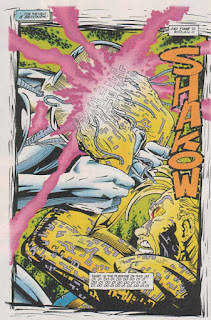 Nightcrawler & Daytripper return from Germany (and the events of issues #77-78). Nightcrawler mentions sharing a bath, which is maybe a reference to Uncanny X-Men #169. 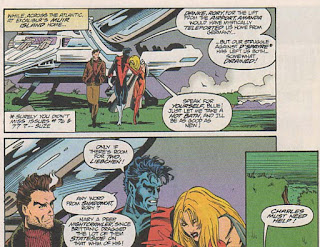 Amanda reveals to Rory that she saw the same vision of him as Ahab in the future, when they were in the timestream in issue #75. This leads to a discussion of fate that maybe reads like a conclusion to this subplot,but it’s not. 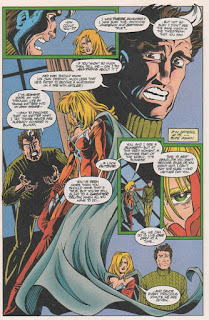 Creator Central
Amanda Conner draws this issue. An artist with a somewhat cartoony/animation-inspired style, she's probably best known for her work on Harley Quinn & Power Girl over at DC. Outside of an issue of X-Men Unlimited down the line, this is her only X-office work. She's also married to inker, Joe Quesada buddy and Marvel Knights co-editor Jimmy Palmiotti.

A Work in Progress
Meghan discovers she can control environments around her, not just reflect them in her physical form. 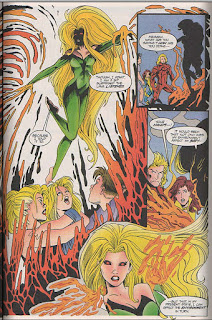 Austin's Analysis
Upon it's conclusion, it's hard to get away from what an odd story "The Douglock Chronicles" is. Despite its wildly uneven art, it's arguably the best multi-part story since Alan Davis left the title, but that's very much damning it with faint praise, especially since most of what makes it the "best" has little to do with Excalibur itself and more to do with its relevancy to plotlines connected to the larger X-universe. It's meant to serve as an introduction to the character of Douglock and serve as a tease for "Phalanx Covenant", and to some extent, it is (and does), but Douglock is only ever, at best, the second most important character in the story (with any given member of Excalibur perpetually in third place), and it's a setup for the "Phalanx Covenant" only so far as the fact that Douglock was once part of that group.

Instead, the driving force of the story is Zero, the formerly-mute lacky of X-Force's archenemy, and the story, both in the main narrative involving Zero and the subplot scenes involving Xavier & Moira, is mostly about the Legacy Virus, both the reveal that it's infected humans/Moira and the tease that Zero (and, by story's end, Douglock) possesses information critical to curing it. That fact that neither of those developments ultimately amount to anything probably shouldn't be held against the story, but even without hindsight, it's tough to get too worked up over an Excalibur story with lackluster art that is mostly about a tertiary character from X-Force teasing a resolution to a plotline started in another series, who then dies, negating whatever development he experienced over the course of the story, all while the title characters essentially look on, doing very little in their own series.