Firsts and Other Notables
These two series of X-Men figures draw heavily on the post-Claremont, solo Jim Lee X-Men run for inspiration, filling its ranks with figures of characters featured in issues #4-11 of that series, alongside new versions of Apocalypse, Cyclops and Sabretooth, the first ever Professor X figure, Tusk (?) and Ahab (??).

Strong Guy also gets a figure, the first of the Peter David X-Factor team to do so.

The second series of X-Force figures is once again light on actual members of X-Force, with only Cable and Cannonball included. And Cable, receiving two different figures in this series, is clearly the Wolverine of X-Force toys, in terms of being included in every wave, often multiple times.

Space Cable's design is based on his appearance at the start of X-Force #18, the conclusion to "X-Cutioner's Song", while the third Cable figure is based fairly faithfully on one of the character's looks in his miniseries.

Along with those two, we get a new Kane figure (meaning Kane now has two more figures than most members of the X-Men) based on his redesign in the Cable limited series, alongside Grizzly (who featured heavily in the first post-Liefeld story of the series, but will also be returning to the series soon) and, hilariously, Krule, who fought X-Force for a few panels then got dropped into the ocean.

Two figures reached the prototype stage for release in the two X-Men series but weren't included: Tusk's fellow Dark Rider Barrage was going to be released as Gauntlet (another company had the rights to the name Barrage, which is what happens when you give characters vague, generic names), but the figure never made it to production when the decision was made to cut down the number of figures per series.

Maverick also had a prototype made, for release in Series IV, but it too was held back, though the figure was eventually released in a later wave. 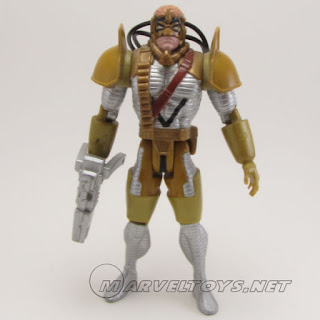 Thanks again to Marvel Toys for the images.

Of Their Time
The existence of Krule and Tusk action figures just about screams "it's the 90s!"

As, to a lesser extent, to all the figures culled from the Omega Red story in X-Men #4-7, though at least Omega Red, Maverick and Wolverine spy gear have made appearances outside that one story. 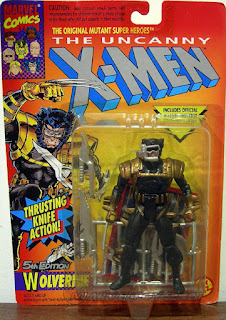 Ahab's inclusion is curious, as it falls between the (very brief) periods in which that character was a thing in the comics: his first appearances in the "Days of Future Present" annuals, which occurred a few years before these figures were released, and the introduction of Rory Campbell in Excalibur and the teases that he would become Ahab in the future, which doesn't happen until later in '93.

Favorite Figures
Obviously, I'm a big fan of the Cyclops figure in Series IV. Though a little bulkier & barrel chested than I'd like, I remember being viscerally excited to have a Cyclops figure in his current duds, and of course, the light-up visor is just an all around great action feature. 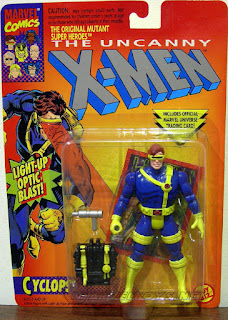 The third Cable figure is probably my all-time favorite of the character's many figures, a simple and well-executed design. 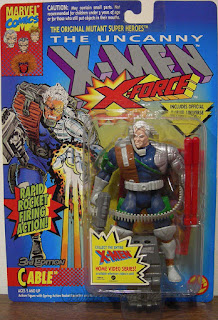 Similarly, the Bishop figure is striking, with a lot of detail in the sculpt. Having his hair molded prevents the head from turning, but otherwise, it's a top-notch figure with an unintrusive action feature. 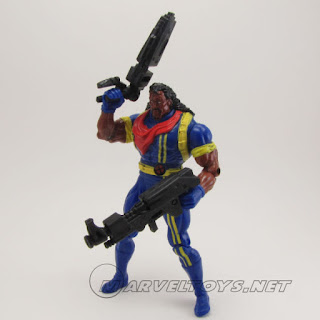 And finally, the Brood figure is just fantastic, a remarkably solid hunk of plastic that not only makes for a great X-Men figure, but also an all purpose alien/Cobra-project-gone-wrong for GI Joe figures. 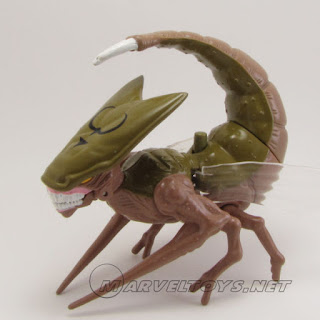 Austin's Analysis
These series represent the last time these action figures exist specifically as an extension of the comic books - while the animated series on Fox did air while these figures were on the shelves, they would have been developed prior to the show's launch. And while future lines will continue to mine the comics for additional characters (often to dubious success), future lines will also be heavily influenced by the animated series (it is doubtful Rogue would ever have gotten a figure if not for her popularity spiking thanks to the cartoon), including a line inspired by a specific story from the series.

These series also represent the point at which the line completes its phasing out of the action feature gimmicks - these series, and future series, will continue to include various action bits, but most will be relatively less intrusive (and easier to ignore) than the figures in Series I and some in Series II. As a result, while these waves include some hilariously dated and questionable inclusions (like Ahab, Tusk and Krule), in a lot of ways, it's the pinnacle of the series, at least in terms of marrying playability and sculpting while still being driven principally by the comics.

The world didn't need more Cable figures, but both of the figures in this series are very well-designed, with lots of neat details in the sculpts. Ditto Series III's obligatory Wolverine figure, which draws its inspiration from a narrow source but still turns out a really fun figure. The Apocalypse, Cyclops and Sabretooth figures update and improve on the characters' series I versions, adding some much needed bulk to all three and updating Cyclop's & Sabretooth's costumes to their Jim Lee attire. We can laugh about the inclusion of Omega Red, but he was, for better or worse, the marquee villain of the short solo Lee run in X-Men, and the story that introduced him clearly was a big inspiration on these waves. The huge popularity of Lee's X-Men also likely led to the inclusion of Longshot and the Brood, a perfect storm of timing that would have otherwise probably resulted in neither figure ever being made.

And, of course, this wave gives us a remarkably well done Professor X figure, a surprisingly fun figure of one of the less action-oriented, but nonetheless pivotal, members of the team. All in all, while future series will include much-needed figures for classic and long-overlooked characters and some increasingly-sophisticated sculpting, it's hard to top these three series for striking the right balance between its character lineup, playability and design, while still clearing looking first and foremost to the comics themselves for its inspiration.
Newer Post Older Post Home
Posted by Austin Gorton at 12:00 PM