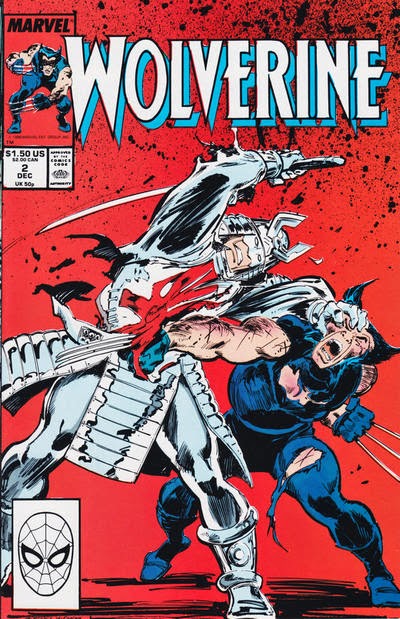 "Possession is the Law"
December 1988

In a Nutshell
Wolverine fights Silver Samurai for the Black Blade.

Plot
Wolverine, disguised as Patch, joins Lindsay McCabe at a hotel in Lowtown to meet Jessica Drew. As Lindsay remains at the bar, Wolverine searches the hotel, following a trail to a roomful of corpses and Silver Samurai, who is seeking the Black Blade himself. They fight, with Wolverine refusing to use his claws in order to keep his identity a secret, until they are interrupted by Jessica, who has been possessed by the Black Blade. She attacks both Wolverine and Silver Samurai as Lindsay helps evacuate the bar. Wolverine brings the hotel down, and Lindsay pulls Silver Samurai from the wreckage as Wolverine chases after Jessica. 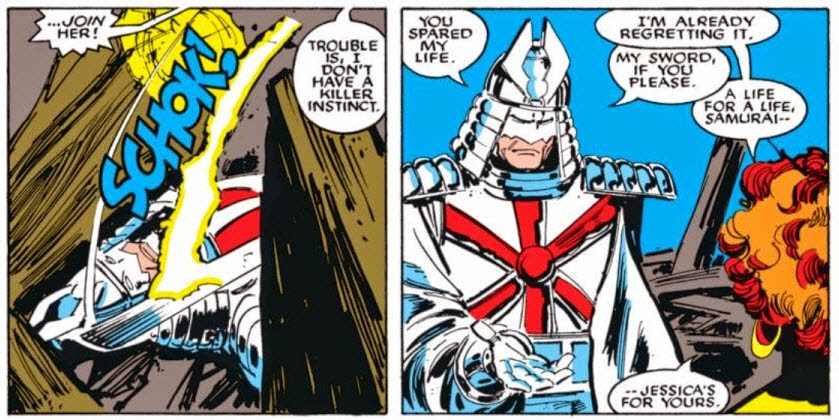 The two fight their way across Madripoor rooftops, and eventually Wolverine manages to wrest the Black Blade from Jessica. The mystical weapon immediately recognizes the power of Wolverine, and Jessica returns to normal as the blade possesses Wolverine. Below, Silver Samurai and Lindsay arrive, just as Wolverine appears carrying the unconscious Jessica and the Black Blade, declaring that at long last, the Black Blade has found a worthy master.

Firsts and Other Notables
Wolverine appears as Patch wearing an eye patch for the first time (though his ridiculous hair spikes still remain, somewhat dulling the effect of his disguise). 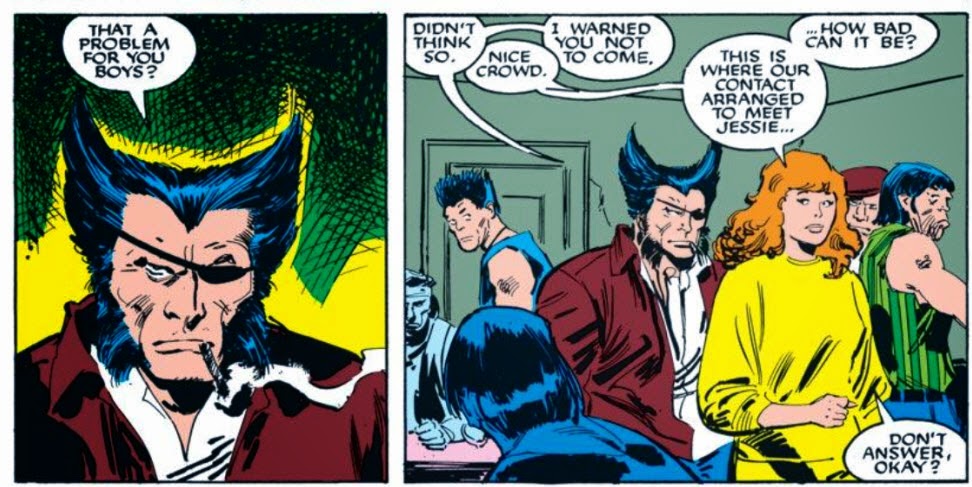 Silver Samurai pops up, the first member of Wolverine's established Rogues Gallery to appear in his regular series. 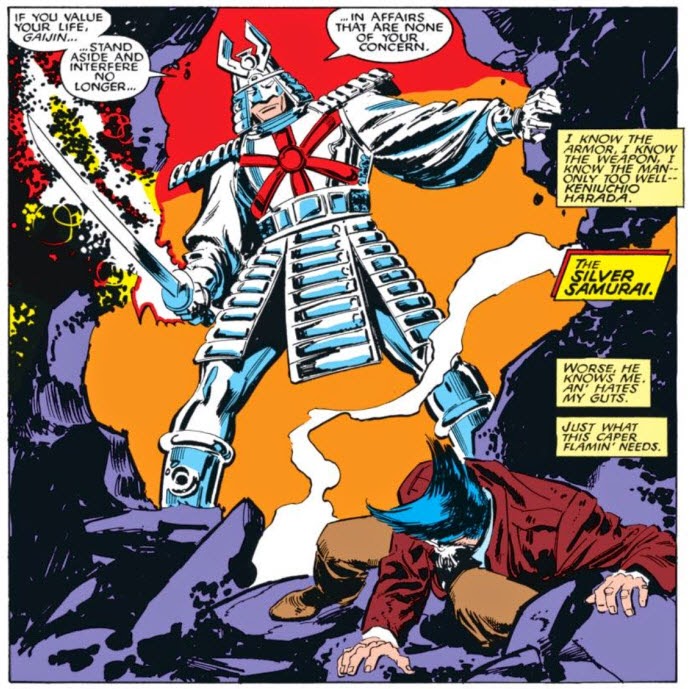 Jessica Drew, the former Spider-Woman (who will eventually become Spider-Woman again), with whom the X-Men stayed while in San Fransisco circa X-Men #202-206, appears in this issue, having been possessed by the Black Blade. She is freed when the blade takes control of Wolverine.

Buscema is inked by Klaus Janson this issue, making the series look and feel even more like the Marvel Comics Presents serial. Bill Sienkiewicz provides the back cover illustration.

A Work in Progress
Wolverine notes that Silver Samurai believes his sword could cut through Wolverine's claws. 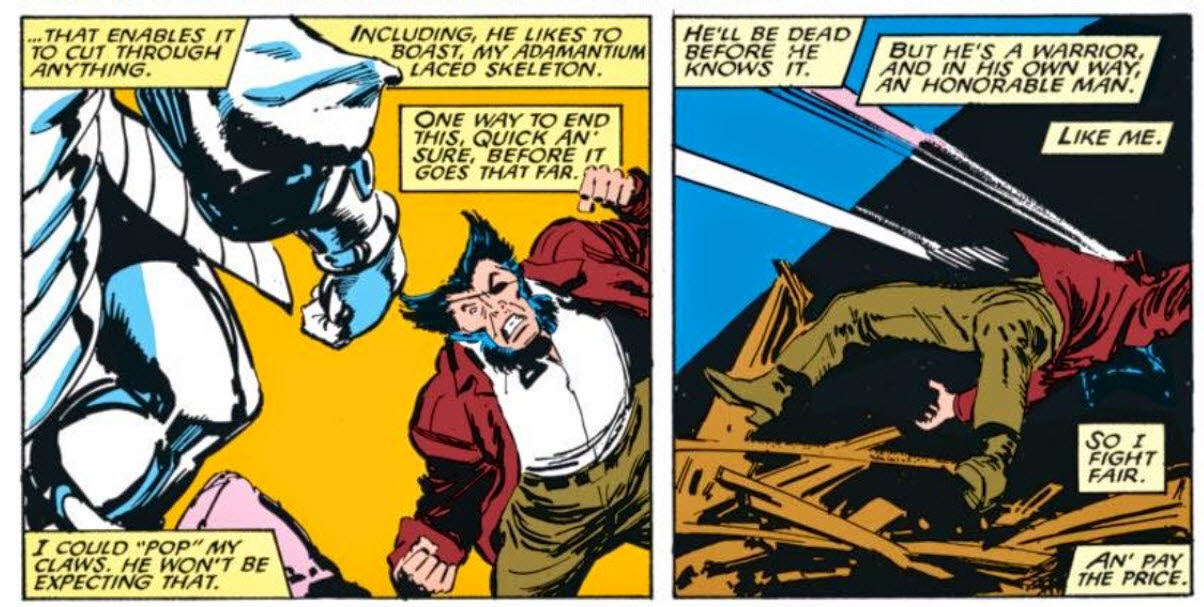 We learn more about the Black Blade this issue, including the whole bit about it being a possessed weapon that can take control of those who wield it. 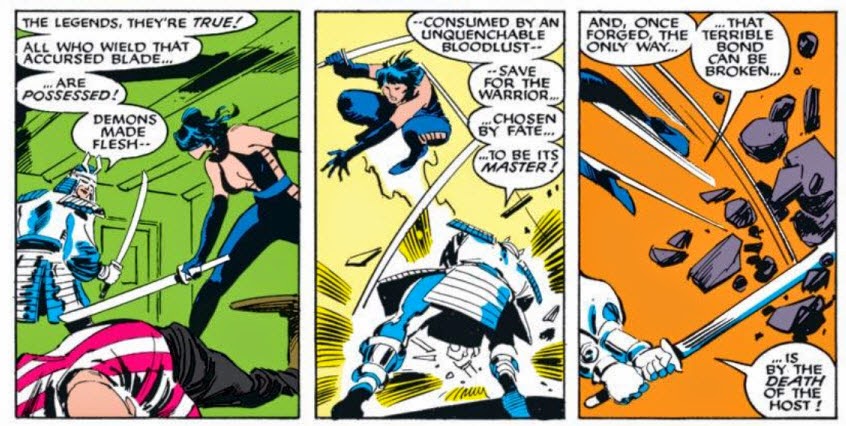 Helping pull Silver Samurai from the wreckage, Lindsay references a past encounter between the two from Spider-Woman. 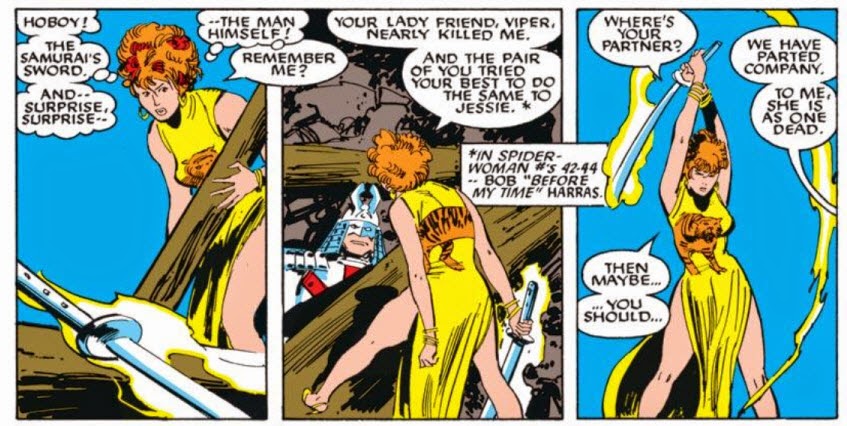 I Love the 80s
Lindsay and the hotel bartender, who turns out to be from New Jersey, speak of Long Island Ice Teas as though they're some local, highly secret recipe. Maybe it wasn't as ubiqitious a drink back in '88 as it is now? 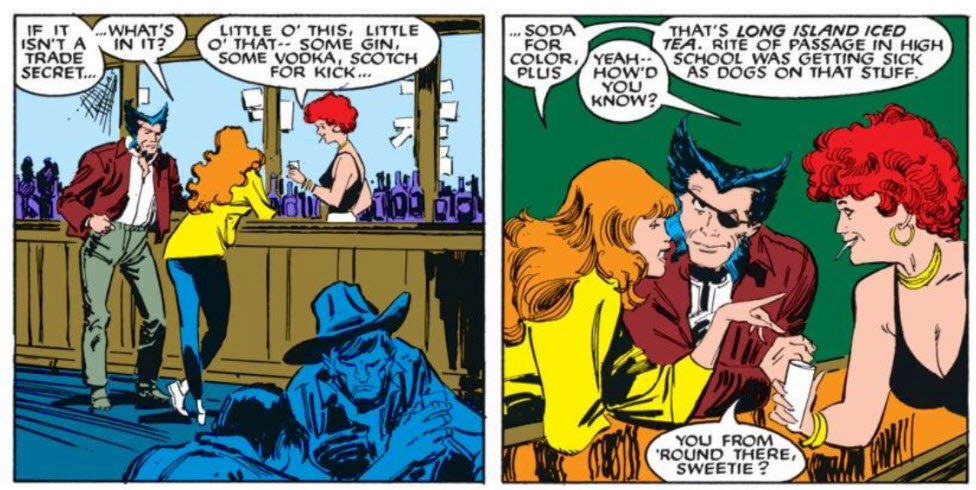 Teebore's Take
This is the first occurrence of something I fear will be far too common while reviewing this series: an issue about which there isn't much to say. The Saturday morning adventure serial vibe begun in the Marvel Comics Presents continues, as does the noir-ish vibe carried over from the Miller limited series. Silver Samurai's appearance marks the beginning of the integration of established Wolverine villains into the series. The plot advances, as the Black Blade makes it's first appearance, and with it comes a possessed Jessica Drew and one of Claremont's favorite tropes (mind control). Wolverine continues to try and hide his identity, which manages to be both interesting and a little boring at the same time (punching with fist knives > regular punching). That's about it. I suppose it's enough.