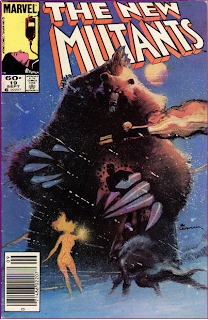 In a Nutshell
The New Mutants defend Dani from the Demon Bear.

Plot
A critically injured Dani is rushed to the hospital and put into surgery. The New Mutants explain to Officer Tom Corsi of the Westchester County Police that as near as they can tell, Dani was mauled by a bear. As the kids wait at the hospital for word on Dani, they're tended to by a nurse named Sharon. Musing that the Demon Bear is likely to come after Dani to finish her off, Sam has the New Mutants suit up and stand watch. Rahne shifts into her wolf form to monitor Dani through their rapport. Dani tells Rahne that the bear is afraid of Dani, but Rahne pulls back before she can explain further when Dani fights against her anesthesia to communicate with her. 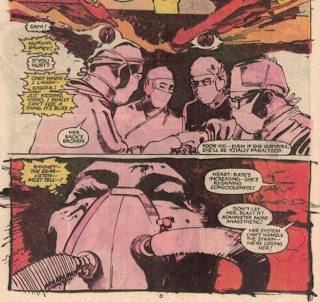 Meanwhile, in outer space, the Starjammers detect a pair of powerful entities passing near their ship, both of whom are headed for Earth. Back at the hospital, Dani is still in surgery when the New Mutants hear the Demon Bear attacking Tom and the hospital staff. As they follow its trail, Illyana puts up a series of protective wards around the operating room, but then the bear attacks her. Illyana is able to fight it off, but just then, the hospital loses power. As Illyana throws up more wards around the hospital's generators, the bear attacks again. The New Mutants are able to hold him at bay, prompting the bear to teleport the New Mutants, Tom and Sharon to a desert, where an image of Dani's surgery floats in the air. The rest of the New Mutants are confused, but Illyana realizes that because the bear couldn't defeat them on their turf, he's transported them to his.

Firsts and Other Notables
Tom Corsi and Sharon Friedlander, a local police officer and nurse, respectively, make their first appearances. Both will end up changed as a result of their encounter with the New Mutants and the Demon Bear, and will stick around as supporting cast members in New Mutants and then off and on in X-Men. 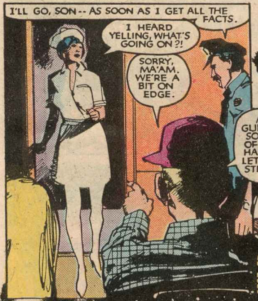 Attacked by the Demon Bear, Illyana manifests protective armor for the first time. This armor will continue to grow and be linked to the use of her sorceress powers, with it growing wilder and spikier the closer she comes to being overwhelmed by her dark side. 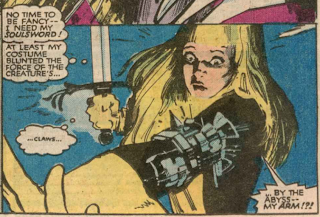 A Work in Progress
Following from last issue, Professor X is still away in Massachusetts for some reason.

There's a funny bit where Sam asks Roberto to guard the door, then calls him on his over-the-top bravado. 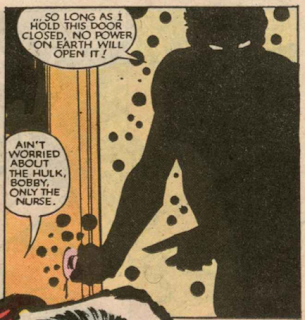 When Rahne transforms into her werewolf form at the hospital, it is noticeably wilder and more ferocious than in the past. While likely just a matter of artistic license, the other characters do comment on it, though no in-story explanation for the change is given. 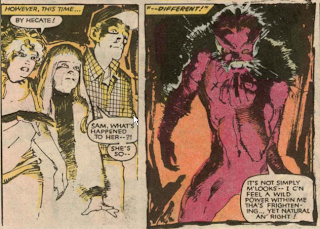 The Starjammers make a cameo appearance as they observe Warlock's flight from Magus, noting that both entities are extremely powerful and headed towards Earth. 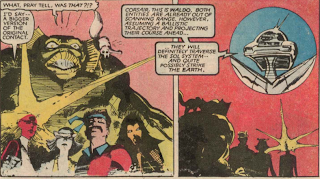 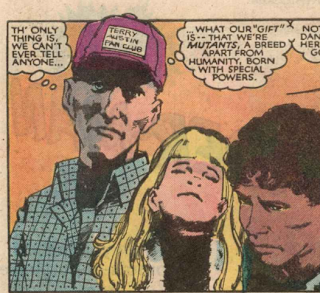 There's a doctor at the hospital who looks suspiciously like Alfred Hitchcock. 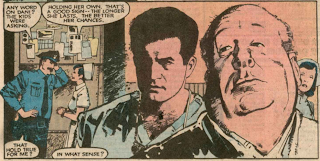 Claremontisms
It's been awhile, but we're reminded in this issue that Roberto is not invulnerable while powered up.

Young Love
Roberto watches Dani's operation and urges her not to die, though it's unclear if he's thinking of her as simply a friend and teammate, or something more.

It's in the Mail
One letter in this issue admonishes the creators for not making Dani more voluptuous (it's from a woman arguing that at Dani's age, she should be more developed), while another takes them to task for their depiction of Nova Roma and the response to a third establishes that the Nova Romans learned English from traders and invaders earlier in its history.

Teebore's Take
After his triumphant debut last issue, the Sienkiewicz art in this issue is a slight step down, featuring more typical panel layouts and page constructions than in the previous one. Which isn't too say the art is bad, or even pedestrian. It's still remarkable and breathtaking, and if anything, Sienkiewicz's Neal Adams influence is more prevalent than ever. In the second chapter of the "Demon Bear Saga", he and Claremont do a wonderful job of heightening the tension throughout the issue, isolating the New Mutants in increasingly smaller spaces as the issue progresses. They begin the issue on their own, with Professor Xavier away. Soon, the hospital loses power and is cutoff from the outside by the snow storm, then the New Mutants end up in and around the operating room as they attempt to keep out the Demon Bear, before they end the issue transported to an extradimensional desert, forced to face the creature entirely on their own. It's an effective technique for moving the story along and raising the stakes even though the entire issue takes places within one setting, and it helps keep this middle chapter of the story from sagging.

Next Issue
Forge inadvertently makes an impact in Uncanny X-Men #185, while the "Demon Bear Saga" concludes in New Mutants #20.
Newer Post Older Post Home
Posted by Austin Gorton at 8:00 AM