You can read more about the specifics here, but in essence, the purpose of this blogfest is to list seven of the characters/celebrities you crushed on back when you were a teenager. So without further ado, here's my list, and be sure to check out the other participants posts, handily listed at the bottom of this one.

Scarlett
As seen in GI Joe: A Real American Hero 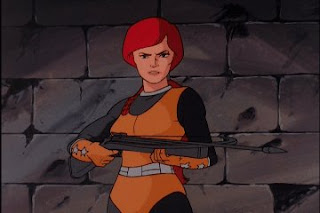 Scarlett is the the chicken/egg scenario of my infatuation with redheads. I have no idea if I was drawn to Scarlett in the early goings of my attraction to the opposite sex because she was a redhead, or if my ongoing infatuation with redheads is born of my initial attraction to Scarlett. At any rate, Scarlett represents the first time Lil'Teebore thought "hey, that girl is hot!"

Princess Leia
As seen in Return of the Jedi 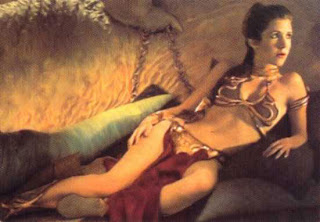 It's more or less a cliche at this point, but I can't deny that, like many, many geeks around my age, Princess Leia in that metal bikini played a significant role in my burgeoning sexuality. For nearly an entire generation of geeks, she remains an iconic sex symbol (and it doesn't hurt that she can hold her own with the boys, strangling gangsters and blasting Stormtroopers with abandon).

Madonna
As seen in Dick Tracy 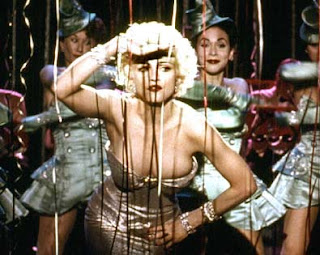 While it would eventually more or less fizzle out, Madonna's starring turn in the underrated Dick Tracy came at the height of both her film career and her status as a sex symbol (this was also around the same time as her controversial and much-ballyhood sex book came out). While I was certainly familiar with her music, back in the day I was never much of a music video guy, and it would be a few years yet before I really started following/seeking out the work of specific musicians, so Madonna the musician meant little to me. But I spent a good chunk of time infatuated with Madonna's big-voiced, slinkily-dressed Breathless Mahoney in Dick Tracy. 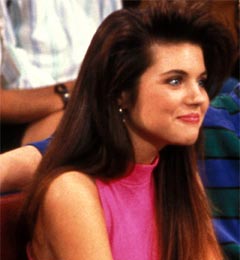 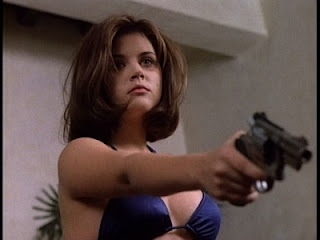 Like Princess Leia, crushing on Tiffani Amber Thiessen is, for any guy who came of age in the late 80s/90s, pretty much a given. But nevertheless, whether it was the wholesome Kelly Kapowski or the vampish Valerie Malone, I spent more or less a decade lusting after Ms. Thiessen. 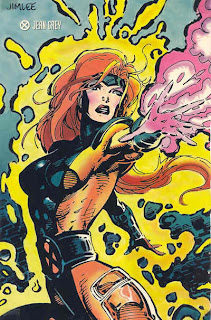 For most male X-Men fans, the 90s were all about the untouchable southern belle Rogue, or the thong-wearing Asian ninja version of Psylocke, but I was always more drawn to the more wholesome (and redheaded) Jean Grey. Maybe it's because I'm dull like that, maybe it's because she had the eye of Cyclops, my favorite character, or maybe it's just because of that redhead thing again.

Nicole Kidman
As seen in Malice, Batman Forever, To Die For 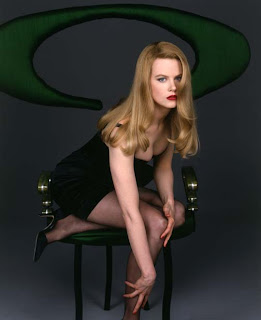 Nicole Kidmas has been my number one celebrity crush for a number of years but I've never quite been able to put my finger on why. It's probably some combination of the Australian accent, her penchant for being a redhead, and the fact that she's gorgeous. For whatever reason, she remains my #1 celebrity crush. 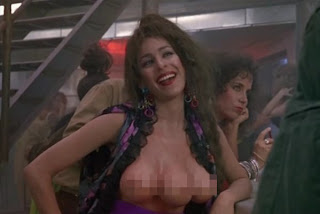 She has three boobs. Three.'Nuff said.