Teebore inspired me to create my own list. (You can read more about the specifics here.) I tried my best not to sound like a creepy horndog pervert. You'll be happy to know I failed on all counts. 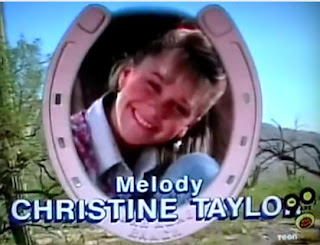 Well, it's a little wild and a little strange but I'd like to my home out on her range. Yeah, I watched a lot of Nickelodeon growing up but there wasn't a whole lot there to appeal to my baser instincts. (Rightfully so, I guess?) My point is, I would have held Hey Dude's sweet Melody's hand anytime. Apparently Ben Stiller agreed with young Dr. Bitz since he later ended up marrying her. I'm unsure if that helps or hurts my argument? But I am sure that you can't get a ride...if you can't hold on. Yippee kai yai yay!


Jennifer Aniston
As seen in Friends 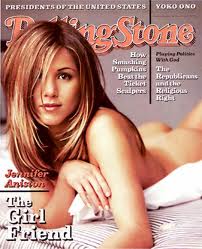 I wasn't as into Friends as a lot of people but I did watch it a fair amount early on. But regardless of how much Friends I did or didn't watch, there's no denying that Jennifer Aniston was super hot. Seeing Rachel dress up as Princess Leia in slave garb ranks as one of my top five moments in TV. And that Rolling Stone cover? That was in my high school library. Ogling it ranks as one of my top five moments in high school. (Yeah, my high school life wasn't very exciting.) Frankly, I never understood why Brad Pitt left her for Angelina Jolie. 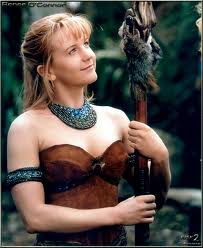 Sure, Lucy Lawless was attractive, but I was also fairly sure she produced more testosterone than I did. Frankly, any fantasies I had about Xena usually ended up with me having numerous bite marks and a ball gag in my mouth. I'm not up for that. Sweet, innocent Gabriel was more my speed. She'd be gentle with me. (The fact that I was sure she had found comfort in Xena's warm embrace on more than one occasion didn't hurt my attraction to her either.) 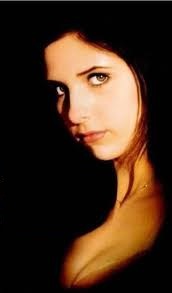 You know what else didn't hurt? I worked the concession stands at the local movie theater and for about 3 months they had a movie poster of Cruel Intentions right in front of my stand which prominently displayed about as much cleavage of Gellar's as possible. Scientists would say that I found it attractive due to some primal instinct that hearkens back to cavemen doing their cavewomen doggy style and staring at their butt cracks. I don't know if the scientists are right or not but I do know that poster was hot. (Also, there was a certain kiss in that movie which much delighted teen aged Bitz.) 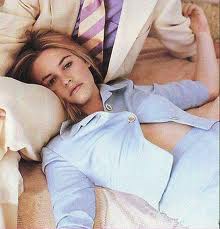 Alicia Silverstone was right in my wheelhouse. I had a major crush on her. She had girl-next-store charm, a nice body and pouty lips. She was perfect for revving teenage Bitz's motor. Oh, and she was pretty freakin' hot in those Aerosmith videos. In fact, I found her so attractive I watched The Crush...on purpose! 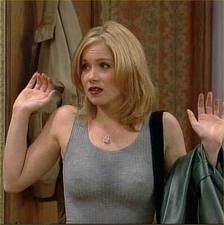 Kelly Bundy = hot. And Married...with Children (ever willing to appeal to the lowest common denominator) always put her in as skimpy of outfits as possible. It was much appreciated. 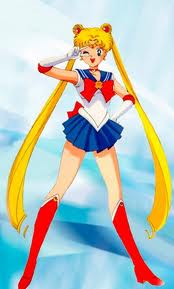 When she wasn't fighting evil by moonlight she was winning my love by daylight. Yeah, she's a hot blond, but there's so much more. She's genuinely nice which is always appreciated. She's a super hero..pretty sweet. She's got some hot lesbian friends...definitely a bonus. And..well...just look at this line from her Wikipedia page:

I mean....how can I not hope for a Cool World moment? (Assuming that when she enters the real world she retains her immunity to calories...or lays off the junk food occasionally.) Unfortunately, I wouldn't have a tuxedo and infinite supply of roses ready for her. mumble mumble...stupid Darien making me look bad...grumble grumble...