At it's core, both parts of DC's announced plans for September (the re-launching of all of its titles and the same-day availability of its comics as digital downloads) are about one thing: attracting new readers. As was discussed in the comments section of one my recent posts, the modern day comic book market is a shade of what it was once, and more disconcerting, it is a market that is increasingly shrinking, as existing buyers leave the hobby or cutback the number of titles they buy (for a variety of reasons) faster than new buyers replace them (we existing comic geeks can only churn out so many kids and turn them onto the hobby ourselves, after all). So more than anything, DC is after new readers; after all, they know there is a willing audience out there, or at least an audience open to the idea of stories involving superheroes. My last post discussed the cancellation/re-launch/re-tooling of DC's stable of comic book characters as one part of that new reader drive. Today, let's look at the other element of their strategy: the digital side.

So, hey, this internet thing is pretty cool, huh? Like almost every other facet of the entertainment media, it's taken the major comic book companies (including DC) a while to embrace the internet as anything more than a marketing avenue for their physical product. While the music industry has, finally and grudgingly, adopted the internet into its business model, for the most part, in one form or another via iTunes, Pandora and whatnot, and Barnes and Noble and Amazon are busy trying to convince you that you MUST own an eReader, traditional comic books on the internet are still coming into their own (and I stress traditional, that is, comics initially published in print form; original web comics are entirely different, and already have a rich and varied online history). 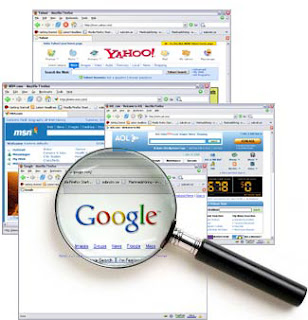 DCs announcement that it would make available downloads of its comics the same day the print versions hit the stands makes it the first major comic book company to use that model. Currently Marvel, in addition to much (but not all) of its vast back catalog, makes available many of its most recent issues via a monthly or yearly subscription service. However, these recent releases arrive online several weeks or months after their print counterparts hit stores, and with no real regular release schedule. DC's announcement marks the first time new comic books will be made available online at the same time as their print counterparts on a regular schedule.

This is, arguably, bigger news than the re-launching of the comic books themselves (something, as discussed in the last post on this subject, DC has done before). In fact, I've seen some speculation that DC's "month of #1s" is just that: a month, and that DC intends, after September, to revert to their old titles, using the publicity of an apparent reboot to draw attention to their true innovation: the digital releases. As more and more info is released, it seems less and less likely that is the case, but there is no doubt that the digital initiative is a big deal. Like the re-launch of the comic books, the annoucement comes with some big questions that, as of yet, have gone unanswered. For me, these are some of the biggest:

1. Price
It seems the biggest key to success for the digital counterpart of a physical product is pricing the digital product significantly lower than the physical product. Songs on iTunes are mostly $.99 a pop, with whole albums available for download at prices several dollars less than the price of a CD at Best Buy or Target. EBooks sell for the fraction of the price of a hardcover, with many older and public domain books available for free. If digital comic books are going to not only stand alongside print floppies but draw in new readers (as DC surely hopes they will), then the digital version needs to be cheaper than the floppy. Rumors are swirling that DC intends to sell its digital downloads at $3.99, the same price as the print copy. Doing so would likely guarantee a failure of the initiative. For $.99 a pop, I'm willing to try digitially what I may not be willing to plop down four bucks for in print. Charge me the same for a computer file as you do something tangible, and I'll opt for the tangible (or, depending on the title, nothing at all). Simply put, for DC's digital comics to succeed, they MUST be priced lower than the print comics.

Of course, a lower price point would also help combat piracy, as pretty much every comic ever published is already available online illegally through Torrent sites. In the early days of online music sales, no one thought consumers would pay for music they could download for free, albeit illegally, through places like Napster. Yet iTunes manages to do alright for itself by selling music at a price lower than the physical product. Internet piracy will always exist, but I honestly believe most comic fans would choose to pay $.99 for a comic instead of downloading it illegally, just as most music fans are willing to pay that for a song on iTunes. The higher the price of an individual comic though, the fewer people willing to turn down illegal downloads. 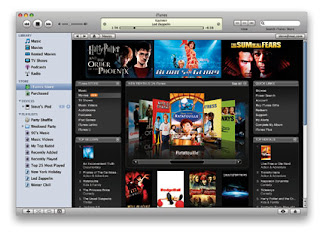 2. Ownership
DC has thrown the word "download" around a lot, but it remains unclear if they truly intend to sell a downloadable file of their comics, or rather something more akin to Marvel's current subscription service, which allows users to read comics online but not technically own them (with Marvel's subscription service, users are given access to read Marvel's digital files but not to (legally at least) download them. In general, I prefer a system that allows me to get something for my money, even if its just a computer file. I am terribly Western in that way: I want to own something. And though I currently subscribe to Marvel's digital service (its a handy reference for the blog), it makes me wary in other ways: Marvel can, theoretically, pull any titles they want from the service, making unavailable now something I may have previously been able to read. They could also cancel the service entirely, leaving me with nothing for my money aside from the memories of reading the books online. Computer files may not be as tangible as an actual comic, but at least they are mine; I can move them from computer to computer, and if DC suddenly goes belly up, well, at least I have those existing files available to read whenever I want. 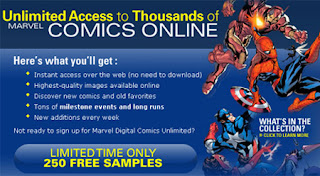 3. Format
Both Marvel and DC currently have apps available for mobile devices that allow users to purchase and download comics (usually priced at $1.99) to read on their iPhones or what have you. However, for Marvel, their mobile app exists entirely independant of their online subscription. Despite paying for Marvel's online subscription service, if I want to read a comic on my iPhone via their mobile app, I have to purchase that comic separately via the app. And because Marvel's online reader is Flash-based and Apple stubbornly refuses to acknowledge Flash exists and is used by millions of people, there's no way I can take advantage of my subscription via my iPhone (seriously, Apple, I'd probably have bought an iPad by now if they weren't Flash-uncompatible).

Bottom line: those kind of shenanigans aren't going to fly if DC wants their digital product to succeed. Digital comics need to be handled like music files: download-able and able to be transferred from one device to another, just like you can move music from iTunes to your iPhone to your iPad. Forcing would-be readers to buy the same digital issue multiple times across multiple platforms and multiple devices is a sure way to keep the entire venture from ever taking off. 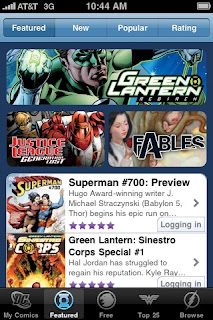 Ultimately, the digital side of DC's big September plans could prove to be the more exciting element, but it remains to be seen how DC is intending to approach it. We could be looking at the beginning of a successful initiative that finally puts digital comics on equal footing with other forms of electronic entertainment media (because if this works, Marvel and the other major comic book companies won't be shy about borrowing the business model). Or, like the re-launch of the comics themselves, DC could just be putting a new coat of paint on an existing model that doesn't generate nearly the amount of sales that it could (and should) be generating.
Newer Post Older Post Home
Posted by Austin Gorton at 8:00 AM