To Better Know A VILLAIN: Magneto 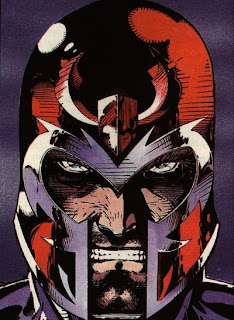 Powers and Abilities
Magneto has the ability to manipulate electromagnetic energy, principally magnetism, allowing him to move and control magnetic metals from small (the iron in blood) to large (a nuclear submarine). Magneto can also manipulate other elements of the electromagnetic spectrum, including light, electricity and gravitons, which enables him to, amongst other things, fly, generate protective force fields that block out matter and energy, create electromagnetic pulses and grant him limited immunity to telepathy.

Basically, he can do anything so long as the word "magnetically" appears before it. 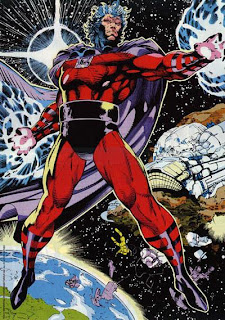 He has also exhibited limited telepathic and astral projection abilities, though it is unclear how much of those skills are native to him or a result of technological assistance. 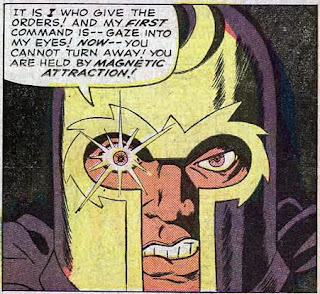 In addition to his powers, Magneto is also a skilled geneticist and engineer, capable of manipulating genetics to create super powered beings as well as designing and constructing advanced robots and space stations. 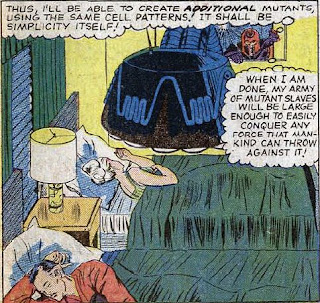 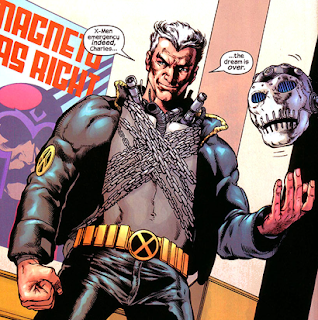 Gadgets and Accessories
Magneto's helmet is designed to block telepathy, and his costume is made of a fine chain mail mesh.

Magneto frequently makes his headquarters aboard Asteroid M (and later Avalon), a floating space station in orbit around Earth.

During periods when his powers were weak or absent, he utilized various devices to augment or replicate his powers, such as an exo-skeleton featuring laser guns and jet packs or a costume which absorbed and transferred energy from other mutants to him. 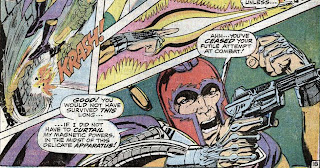 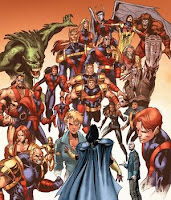 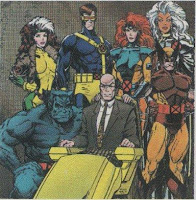 Movies and Appearances
Magneto shows up just about anywhere the X-Men do in terms of other forms of media and merchandising, from the one shot "Pryde of the X-Men" cartoon to the 90s animated series to the live action films, where he was first played by Ian McKellan and now Erik Fassbender in the new X-Men: First Class. 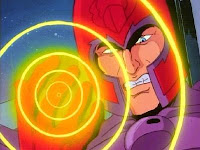 One-Sentence Origin
A mutant survivor of the Holocaust, Max Eisenhardt later came face to face with humanity's fear and of and prejudice towards mutants and determined the only way to prevent the genocide of mutants was to conquer humanity, and took the name Magneto to lead mutants in the subjugation of humankind. 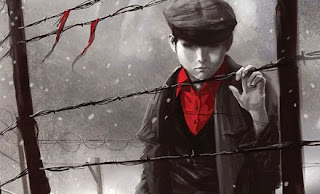 Memorable Moment
X-Men (vol. 2) #25 October 1993: After he unleashes an electromagnetic pulse on Earth, the X-Men invade Magneto's orbital base, leading to Magneto ripping the adamantium from Wolverine's bones and Professor X mindwiping Magneto. 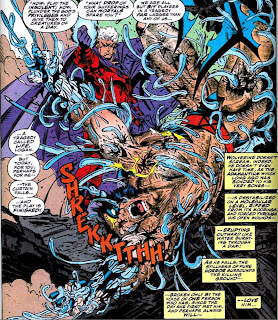 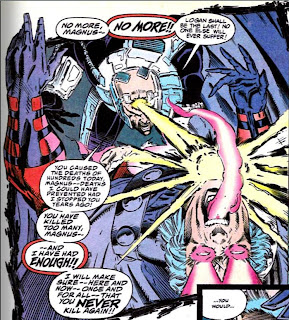 Teebore’s Take
Magneto is, arguably, Marvel's most well-developed villain, thanks in large part to the work done on the character by Chris Claremont. In the course of his fifteen year run on X-Men, Claremont managed to take a fairly one-dimensional Silver Age super-villain and craft him into a three dimensional character who believably straddled the line between hero and villain.

When Magneto debuted in X-Men #1, he was a fairly generic super-villain. He had a gimmick (magnetism) and drove around in a magnet-shaped car, ranting and raving about world conquest, with little motivation beyond a generic desire to rule the world. The subtext of X-Men at the time, the idea of mutants as a new race destined to supplant humanity, helped grant a little dimension to Magneto, setting him up as voice for mutant rights that differed from that of Professor X and the X-Men, but at that point he was far from being the Malcolm X to Professor X's Martin Luther King Jr. at that point (an analogy commonly used to describe the relationship between Xavier and Magneto these days). 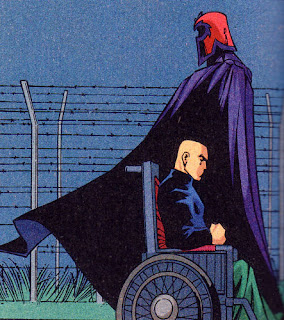 After Claremont came aboard and settled in, he slowly began deepening Magneto's character, closing out the character's Silver Age villain routine with a fantastic story we'll begin covering in "X-aminations" next week. Then, taking advantage of a goofy plot point from before his time on the title (Magneto's de-aging by Alpha in Defenders 16), Claremont brilliantly established Magneto as a survivor of the Holocaust, adding deeper motivation, poignancy and irony to his quest for mutant superiority. Claremont also developed the relationship between Xavier and Magneto, adding details to their past together and strengthening the connection between the two men as would-be shepherds of mutantkind with differing goals and methods. As Magneto's motivations and background deepened, his stance softened as the character began to wonder if his approach to mutant rights truly was the best. As such, Claremont had Magneto take over for Professor X as mentor to the student New Mutants and ally to the X-Men. Ultimately, Magneto determined Xavier's path wasn't any more effective that his earlier, more extreme, one, and he turned his back on the situation, retiring once and for all to Asteroid M. In Claremont' final X-Men story, he dealt with the ramifications of Magneto's decision and ended the story (and Claremont's time as the X-Men's writer) with Magneto sacrificing himself to save Xavier and the X-Men. 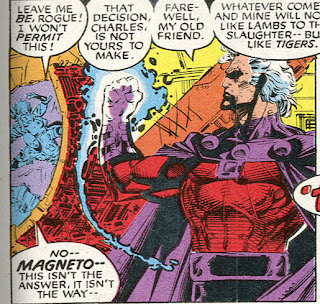 Of course, the death of Magneto could never last and before long he was back. Without Claremont guiding the character, the 90s weren't as kind to Magneto. He vacillated wildly between a noble fighter for mutant rights and the raving Silver Age villain of old, depending on who was writing him, though some creators did manage to do some interesting things with the character from time to time (such as when the United Nations ceded political leadership of the mutant nation of Genosha to Magneto). These days, after suffering through a handful of retcons and de-powerings, Magneto has settled in to a fairly consistent role as an anti-hero, one who willingly works alongside the X-Men (whose methods lately have begun more and more to mirror Magneto's own) even while his belief in mutant superiority and the means of ensuring the survival of mutantkind remain extreme. 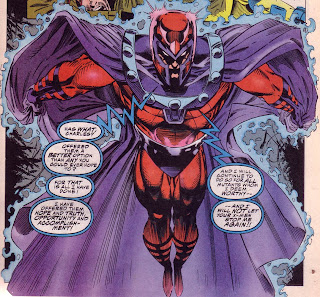