I am an office stooge.


I work for a global logistics company where they pay me to sit in front of a computer copying and pasting tracking numbers from a spreadsheet to another computer program for 8 hours a day 7 days a week.


My manager and supervisor have assured me I am performing a valuable task for the company but i know how tedious and truly pointless my job is compared to real world problems.


A bigger company recently bought out our company so our slogan changed from Your Success is Personal to Us to Making Business Flow.


Doing what I do bores me. When I get bored I tend to get in trouble.


The original Gentlemen of Leisure invited me to contribute to their blog under the strict stipulation I never disagree with anything they say. This prohibition came about after I wrote a rebuttal to Dr. Bitz's I Hate Huckabee post. With Super Tuesday coming up tomorrow, despite the voice in the back of my head telling me, "Don't poke the bear!", here's my take on the remaining presidential candidates. 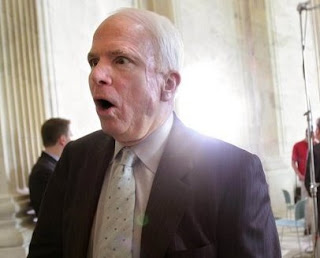 JOHN McCAIN (Republican) - Okay I get it. You fought in an unpopular war. Obviously you weren't much of a soldier though since you got caught and spent several years in a POW camp. How does that qualify you to lead one of the most powerful nations of all time? That's like a bicyclist saying he shoulld be in charge of the Tour de France just because he got hit by a bus while competing in it.


Effective leaders need to have certain qualities starting with charisma. If people don't like you they more than likely won't follow you on the path you blaze. McCain has about as much charisma as a bag of wet hair. 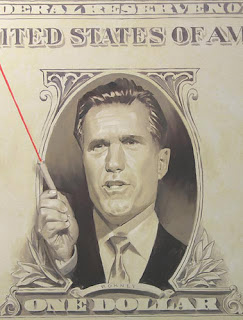 MITT ROMNEY (Republican) - Guess what? A rich white guy is running for the presidential nomination! Unlike "Captured by the 'cong" McCain, this guy sweats charisma and sells it to Ivy league jocks as liquid spanish fly. Unfortunately he even s things out by being greatly deficient in the next effective leadership quality - Trustworthiness. Ignore how he looks when he's speaking and concentrate on the constant contradiction spewing out of his lips. Mitt is a liar. Every word he says is laced with half truths and audible syphilis. How many multi-millionaire businessmen would you trust to babysit your children or perform a prostate examine on you?

Romney couldn't care less about this country's citizens, especially the ones at the bottom of the payscale. You never hear about all the philantropy work he's doing, if any. All you hear about is how much of his own money is being flushed into his campaign machine to buy his way to one of the most pwerful and prestgious positions in the world. Mitt's out for himself. 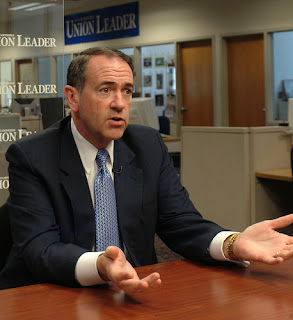 MIKE HUCKABEE (Republican) - People hear he used to be a preacher man and visions of abortion clinic bombing zealots pop in to their heads. They hear he's pro-life yet allowed the death penalty while in public office so they think he's a hypocrit because they fail to see the difference between selfish murder and capital punishment.


Huckabee has charisma. If you listen to him speak or overhear a conversation of his you can't help but be drawn to his likable and relatable demeanor. The words that come out of his mouth are genuine and commendable. I dare you to tell him he can't do something. If you do you'll see his 100% believable and emotional reaction, not some calculated political soundbite. What he doesn't have is name recognition or a hefty bankroll.


Even after being Arkansas' Governor for almost 11 years, the Colbert Bump, and winning the Iowa caucus, many people have no idea who this guy is! He's a man of morals, however. Washington and the big corporations do not like that combination! Because of that the media and even his own party have rallied against him. Being strapped for cash, Huckabee's campaign concentrated their resources on the South Carolina primary. Out of hundreds of thousands of voters, Huckabee lost to the vastly more powerful, finacially and politically, McCain campaign by a few thousand votes. Instantly the media calimed he was finished and stopped covering his presidential run as a possiblity. Millions of Americans only follow governement elections on the boob tube, so if the nightly news says he's an also-ran or a has-been , the majority rights him off.


RON PAUL (Republican) - My feelings have fluctuated for the good congressmen from intriguing idea-man to raving lunactic and back to the notion he may be one of the few politicians who actual sound like they could and would change our governemnt for the benefit of the whole world. 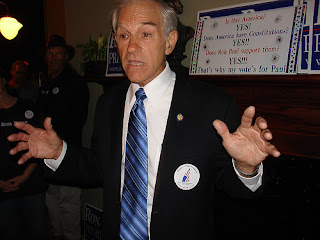 The guy whole-heartedly stands for everything the Republican Party claims to stand for in a postive manner. Therefore his own party sneers at him and says he is virtually unelectable. Paul's message has resonated with the youth of America and the rickotty old man on the porch won't go away. I say good for him. If congress was packed with Ron Paul's their approval rating would be glorifying and things would start get accomplished beginning with getting the govenment out of our lives. The last thing we want is Big Brother looking over our shoulder. Many Americans think that's exactly was has been happening though.


Later in the week I'll weigh in on the Democratic candidates and disperse my voting philosophy.