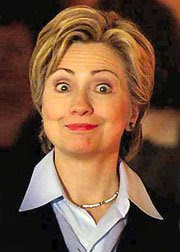 Hillary Clinton (Democrat) – In continuing my commentary on this year’s presidential candidates the next attribute of an effective leader shines brightly – sincerity. Hillary doesn’t have an ounce. Since her candidacy was announced, Clinton’s every word and action has been coldly calculated to the finest degree like only a typical politician’s machine can do. The woman doesn’t know how to speak from the heart because she doesn’t have one.

Do I think she’s experienced and intelligent? Sure. She’d have to be to get this far in politics. That’s her problem, though. She’s just like every other politician who’s come before her. Holden Caulfield and I label her a phony. 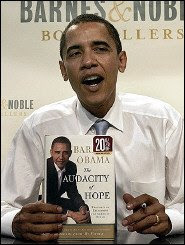 Barack Obama (Democrat) –
Fraggle baRACK.
“The chosen One”.
If you smell what Barack is cooking!
The media has painted him as the in-experienced candidate, but did you know that he’s also black? Or that Hillary is a woman? Anyone who follows the media and allows it shape their opinions has serious issues. Racism and sexism still exist in abundance because our society continues to categorize everything and asks questions such as, “Is America ready for a black/woman president?”

I’ll tell you what I’m ready for – a president with a non-Washington viewpoint. Every Democrat claims that they are the candidate of change who cares about every American. When Obama says it, I believe him. He has all the necessary traits – charisma, honesty, sincerity, and willingness to compromise. Unfortunately, his name conjures notions Islamic terrorism to those who are narrow-minded bigots. I don’t think those people will be able to stop his rise. An Obama presidency could turn this country back towards peace and prosperity.

At least until some extremist assassinates him. Maybe then we can have CIVIL WAR part two – THE SOUTH STRIKES BACK!

I’ve always been turned off by politics.

I grew up during the last golden era of Saturday Night Live when the cast included Mike Myers, Phil Hartman, Dennis Miller, Chris Rock and Dana Carvey. The last member mentioned had a George Hebert Walker Bush impersonation that imbedded in me the ludicrousness of the people who hold one of the highest offices known today. 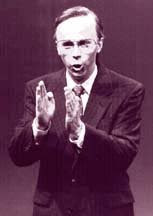 Politics piss me off, but the people who engage in it fascinate me. I’ve taken a keen interest in their actions, motives, and the influence they have over the average Joe.

My first vote was cast for Jesse ‘the mind’ Ventura for Governor. Did he agree with everything for which I stand? Hardly. Did I think he was genuine? Totally. If there’s one thing I can’t stand it’s lying. I don’t think Jesse ever tried to do anything in office he wasn’t open and forthright about. The guy may have been a dink at times but at least he didn’t lie about it.

My next two votes went to Ralph Nader, holder of one of the greatest lines in political history. In response to the media and the Democratic Party portraying him as a spoiler in the 2000 presidential election, Ralph responded –

“I do think that Al Gore cost me the election, especially in Florida.”

Many of Nader’s dedicated supporters ran away from him in 2004 despite saying they still believed in everything for which he stood. They were voting for John Kerry not because they believed in Kerry, but because they didn’t want Bush in office. I’m glad they lost. Easily wavered people like that are scum. Stick your morals and ideals. Don’t follow the lemmings.

No one’s vote should be taken for granted. Every vote should be earned and balloted from the heart. You’re not going to agree with every aspect of any candidate’s personality or stances. We’re all unique and beautiful snowflakes. We all make mistakes. The best you should hope for is the self-satisfaction of giving your vote to someone in whom you believe.

If you don’t believe in a candidate, DON’T VOTE!

If you don’t know anything about any of the candidates, DON’T VOTE!
Personally, I’ll only vote for those I believe are honest and trustworthy. Candidates like that don’t run for office much. This year there may be a couple. Whether they are nominated remains to be seen. If not, there’s always hope Nader will run again to give me the hat trick.
Newer Post Older Post Home
Posted by boots~ at 7:03 PM