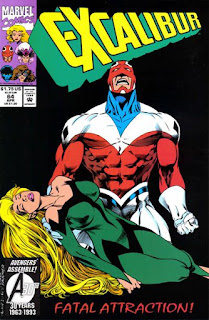 In a Nutshell
Phoenix returns to Earth as Captain Britain & Meggan are captured by the RCX.

Plot
In deep space, Rachel awakens, shocked to realize she's not dead. The Phoenix Force tells her that once it was without form, touching all life, and that it needs to do so again to free the universe of the cancer it has become. On Earth, Captain Britain & Meggan are attacked and captured by the Cherubim. As the RCX doctors run more tests on Nightcrawler, Kitty tricks her Warpie guard and escapes into the complex, hoping to suss out Nigel's true intentions. At Braddock Manor, Feron & Lockheed are disturbed by the sudden appearance and subsequent disappearance of Widget. Meanwhile, Captain Britain is manipulated by Nigel into helping him target super-humans in the name of security. Kitty overhears this, but is knocked out by one of the Warpies. She is placed into a containment unit, after which an imposter masquerading as Kitty assures Nightcrawler their suspicions were wrong. In space, the Phoenix Force says farewell to Rachel, leaving her with her mind and memories intact. Rachel realizes she has been returned to Earth, and confident now in who she really is, dons the colors of Dark Phoenix.

Firsts and Other Notables
Rachel regains consciousness this issue, then proceeds to have a conversation with the Phoenix Force (taking the form of Jean Grey), in which the Force declares it is leaving Rachel, in order to stay a part of the cosmos and not tethered to humanity. Before leaving, it places limitations on Rachel's power (presumably Davis' way of bringing Rachel back into the series but curtailing her powers so he doesn't have to write around her being a constant deus ex machina) and repairs her fractured mind, such that the memory issues she's experienced since escaping from Mojoworld at the start of the series are gone. 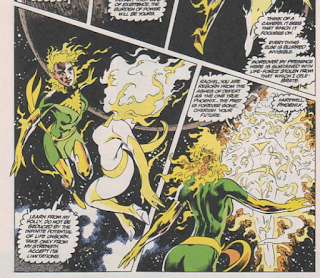 As she approaches Earth, she also dons a new costume, the red-and-gold variation of the Phoenix attire worn by Jean as Dark Phoenix. Presumably, as the issue ends on this image, readers were meant to worry that Rachel may have also been corrupted by her power, but even having not read the issues immediately following this before, I know this isn't the case. 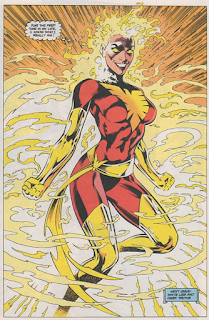 Widget makes another brief appearance, this time appearing before Feron and Lockheed (and freaking out the former in the process), briefly uttering words, some of which, at least, appear to be "Rachel". 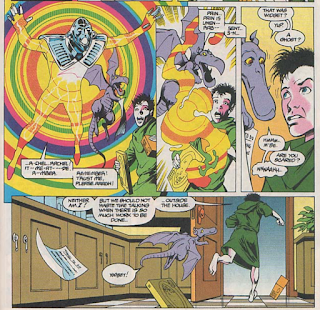 Nigel briefs Captain Britain on a newer group of super-powered individuals operating in Britain, comprised of characters from Marvel's Marvel U.K line, and blames them for unleashing the virus targeting para-humans in order to manipulate Captain Britain into working with him (Nigel also blames the virus for Brian's fluctuating powers). 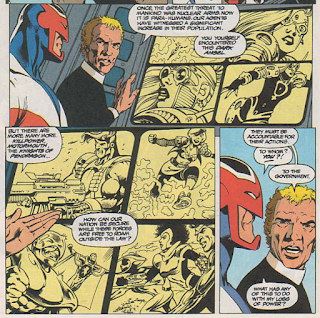 The title of this story (on the cover, at least) shares its name with the upcoming 1993 linewide crossover, "Fatal Attractions".

A Work in Progress
The Phoenix Force declares that appearing as Jean is no truer than the bird-like image which appeared in the original Feron's visions of the force. 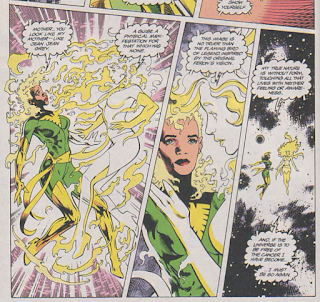 One of Captain Britain's greatest fears is personified as the Fury, Terminator-meets-Sentinels anti-mutant killer from the "Jasper's Warp" storyline in his solo series. 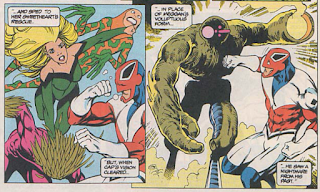 Kitty notes that it's been awhile since she's changed her costume, something she used to do frequently.

Claremontisms
Twice in this issue Captain Britain is described as being surprisingly fast for his size.

Artistic Achievements
This issue opens with a fantastic three page sequence, in which Alan Davis depicts moments from Rachel's life across three nine panel grids, from her perspective, with one page devoted to her life pre-time travel, the second her time with the X-Men, and the third her time with Excalibur. 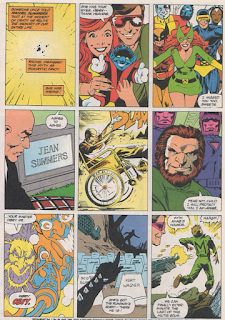 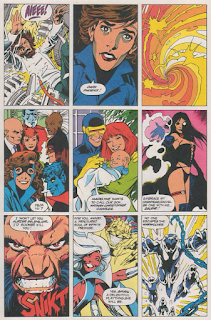 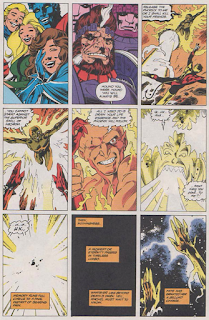 Austin's Analysis
A marked improvement over the previous issue, for a number of reasons. Both the return of Rachel (as opposed to Phoenix) and the capture of Captain Britain and Meggan by the RCX helps make it feel like the somewhat disparate elements of the series are being drawn together. Nigel's manipulation of Captain Britain is, as Kitty rightly points out, a great piece of villainy, and it helps make it clear that whatever his agenda, Nigel is acting nefariously and is not just an overzealous pursuer of law and order, which helps establish exactly who the good guys and bad guys in the story are. And while Kitty is ultimately unsuccessful in her attempts to learn what's really going on at the RCX, her efforts to do so are appreciated, as it represents the title characters finally do something aside from getting captured and playing nice in the story. It still feels like Davis is maybe dragging this narrative out longer than needed, and the Warpies continue to do nothing for me, but this at least moves the story in the right direction.