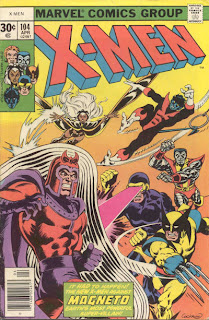 "The Gentleman's Name is Magneto"
April 1977

In a Nutshell
The new X-Men face off against Magneto for the first time.

Plot
Leaving Ireland, the X-Men charter a boat to take them to Moira MacTaggert's research station on Muir Island in Scotland. Nearing the island, the craft is destroyed and the X-Men are pulled towards the island and trapped in a bubble of force by none other than Magneto. Meanwhile, Cyclops and Moira arrive on the island and learn of Magneto's trap. Magneto quickly overpowers the X-Men and is poised to destroy them when Cyclops surprises him. Learning that Magneto was restored to adulthood by Erik the Red, Cyclops realizes Magneto is being used to keep the X-Men busy and unable to protect Xavier. He orders the X-Men to retreat, and they head back to New York. Magneto basks in his triumph as, in outer space, Corsair and Cho'd plan to oppose the Shi'ar Emperor just as Princess Lilandra arrives on Earth and Erik the Red stands poised to attack Xavier. 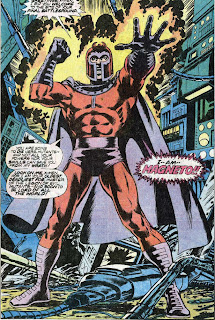 Firsts and Other Notables
Magneto makes his first post-Silver Age appearance in X-Men, re-aged (after his regression to infancy in Defenders #16) by Erik the Red to destroy the X-Men. Later stories will make it clear that Magneto in this story was re-aged to a point younger than in his previous appearances, subsequently making him more powerful as well. He also flies for the first time, by utilizing his powers just as Polaris did in issue #97. 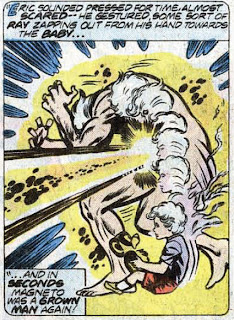 Corsair and Ch'od, members of the space pirate Starjammers, make a one panel cameo appearance, their first.

Moira MacTaggert is revealed to be a highly-skilled geneticist and professional colleague of Xavier (as opposed to a simple machine gun-wielding housekeeper) in this issue, and it's also the first appearance of Muir Island and Moira's mutant research center/evil mutant containment facility, which resides on the island.

Jamie Madrox the Multiple Man, after making his first appearance in Giant Size Fantastic Four #4, appears in X-Men for the first time. He'll flit around in the background as a supporting character (usually seen working with Moira on Muir Island) for awhile before being featured in Peter David's 90s and 00s X-Factor series. 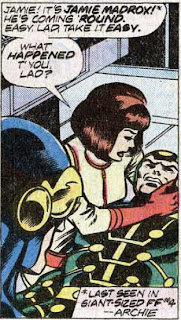 Wolverine notes that Dragonfly, the female member of the Ani-Men (from issues #94-95) has escaped from her cell on Muir Island. This was a setup for an all-female team book Dave Cockrum was planning at the time, which would also feature Storm, but the project was ultimately scrapped before seeing print.

A Work in Progress
In between last issue and this one, Scott and Jean appeared in Iron Fist #11 (written by Claremont and drawn by John Byrne), which showed Jean checking out of the hospital to complete her recuperation at the X-Mansion.

Nightcrawler comments on the X-Men's tendency to have vehicles destroyed out from under them. 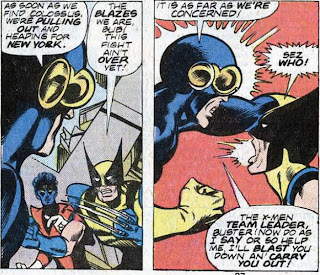 A caption notes that the jet which Cyclops flies to Muir Island is the second such vehicle the X-Men own, explaining why it looks identical to the one destroyed in issue #94.

As Magneto leaves Muir Island at issue's end, a panel shows that the containment cell of "Mutant X" has been breached, a setup which will be paid off in roughly twenty issues.

Angus MacWhirter, a Scot from whom the X-Men rent a boat, will pop up a few times in subsequent issues. 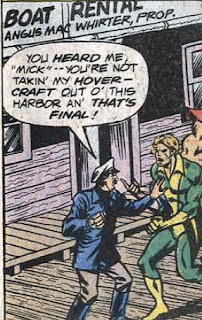 That 70s Comic
The X-Men charter a hovercraft to take them to Muir Island. I don't know if that's strictly a 70s thing, but it definitely makes you go, "huh?" 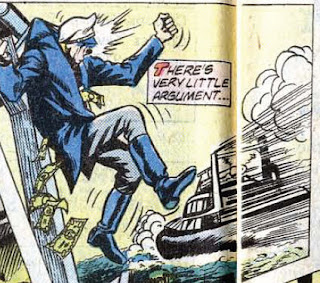 Claremontisms
Claremont has a knack for coming up with new and innovative ways to use super powers in his stories, and we get a taste of that here, as Magneto uses his power in some unique ways, such as encasing Banshee in a shell of iron filaments. And of course, Wolverine and armored Colossus manage to do little against him. 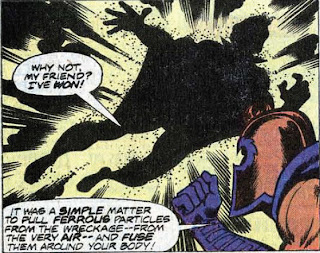 Artistic Achievements
The cover of this issue is an homage to the cover of issue #1.

For Sale
I'm pretty sure this is the first ad for a movie we've seen in an issue of X-Men. I love that it's being touted as an original film when it's a remake of the 1933 King Kong. 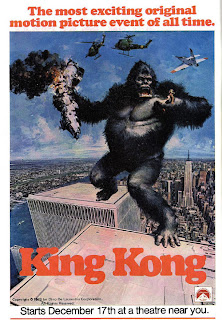 This book was one of my first exposures to Golden Age comics, which I (repeatedly) checked out of the library as a kid. 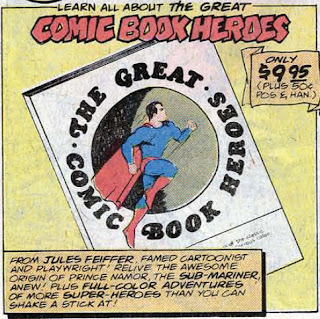 Chris Claremont on the early days of writing X-Men
"The beauty of writing X-Men at that time was that nobody had any expectations at all. We were so far beneath the radar. It was Dave (Cockrum) and me and the X-Men. We were like, 'What outrageous thing can we do now? How about a space battle?' Dave would go, 'Whoa, yeah, space battle, yeah! Starship, binary stars - eat your heart out, Star Trek!' It was all the stuff that we wanted to see and no one would ever do. You know, alien space battles and demons. Let's kill off Jean! Nobody'll see it coming! And then we'll bring her back! We wanted to do stuff that we enjoyed and stuff that was fun. Let's blow up Kennedy Airport! Let's throw in homages to John Carter, Warlord of Mars! Let's bring back Magneto and have him beat the living daylights out of the X-Men! It was almost like, 'Can you top this?' In this issue: leprechauns! For some reason, the effervescence, the audacity, the good stuff outweighed the bad. I look back on it now, and it's like, 'Oh, God, I could throw out, like, two-thirds of the copy!' We didn't know what we were doing, but we were certainly enjoying ourselves."

Teebore's Take
Claremont and Cockrum's tour of Silver Age X-Men villains continues as Magneto becomes the latest pawn of Eric the Red against the X-Men. Being the X-Men's #1 villain, he's given his due here, as almost the entire issue is set aside to showcase his first encounter with the new X-Men. And in a fairly unique (for the time) turn, he more or less wipes the floor with them. He is "defeated" only by Cyclops showing up and distracting him long enough for everyone else to escape. While the in-story explanation for the X-Men's ineptitude against Magneto is given as the team having never trained to face Magneto (because he was an infant when the new team was formed), what this really does is allow Claremont to draw a line between all past Magneto appearances and this (and subsequent) ones. In doing so, and in having Magneto tower over the new X-Men, he manages to restore some of the villain's credibility and re-establish him as the X-Men's greatest adversary after years of one Silver Age defeat after another (Claremont also retroactively gives the original X-Men some additional credibility, by making them old hats at defeating this uber-poweful foe the new X-Men can't handle).The evolution of Magneto's character over the course of his run stands as one of Claremont's greatest achievements, and while the Magneto that appears here is little removed from his previous depictions as a ranting megalomaniac, this issue marks the clear beginning of what Claremont will do with the character.
Newer Post Older Post Home
Posted by Austin Gorton at 8:00 AM