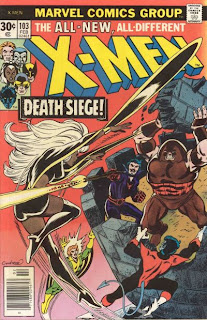 In a Nutshell
The X-Men defeat Black Tom and Juggernaut 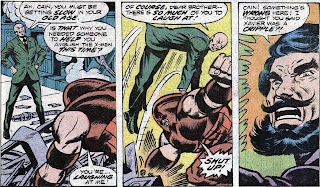 Nightcrawler, as Professor X, taunts Juggernaut to the point where the villain smashes through a wall, exposing the open sky. At the sight of it, Storm overcomes her claustrophobia and summons a great wind which sweeps all of her teammates, save Banshee, out of the castle. Regrouping, Storm, Colossus and Wolverine storm the castle in order to free Banshee, but Nightcrawler gets there first and sets him free. As the other X-Men battle Juggernaut, Banshee and Black Tom fight atop the castle until Banshee manages to knock Black Tom into the ocean. Enraged, Juggernaut dives into the ocean after him, desperate to save his friend. Meanwhile, Erik the Red receives orders from his liege to prevent the princess from contacting Professor X, and Erik the Red reveals he's found a new ally, in the form of Magneto...

Firsts and Other Notables
Wolverine's real name, Logan, is revealed this issue by, of all people, a leprechaun. 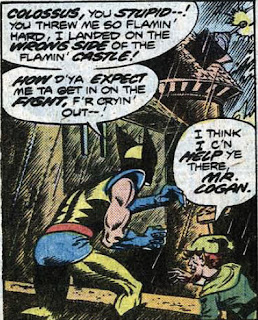 And yes, because Cassidy Keep is a castle in Ireland there must be leprechauns, though aside from a random story decades later in Generation X, they are not mentioned again and remain little more than a curious footnote in X-Men history.

Erik the Red returns, and is revealed as the person who freed Black Tom from prison and paid him and Juggernaut to attack the X-Men. The alien haunting Professor X's dreams also gains a surname (Neramani) and a rank (Princess), and we see the Shi' Ar Emperor D'Ken for the first time, though he goes unnamed.

A Work in Progress
Nightcrawler spends a page or so trying out his newly discovered "turning invisible in the shadows" power. 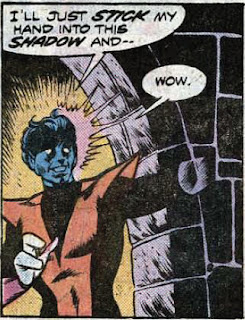 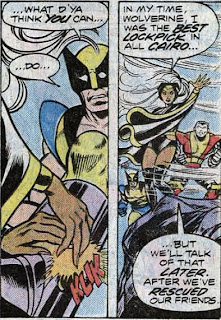 Colossus gets so angry with Wolverine for calling Storm a "broad" he chucks him over the castle. 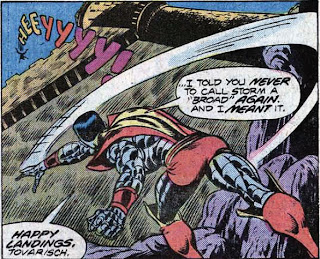 We get another possible hint (the last such, I believe) towards the "Wolverine is a mutated wolverine" idea here, as one of the leprechauns professes to not believe in talking wolverines. Then again, the leprechaun could just be being cute. 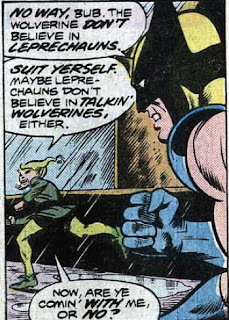 Possible fodder for the "are Black Tom and Juggernaut gay?" question: Juggernaut's reaction to Black Tom getting knocked into the sea. 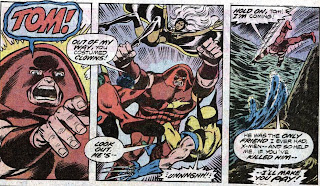 It's also worth noting that through the Black Tom/Juggernaut friendship, Claremont has given some added dimension to one of the X-Men's oldest and most one dimensional foes. No longer is Juggernaut just a force of nature who wants nothing more than to kill Professor X; now we see that he has at least one friend whom he actually cares about.

That 70s Comic
For those of you missing the batshit insanity of the Silver Age issues, I present: the Leprechauns of Cassidy Keep. 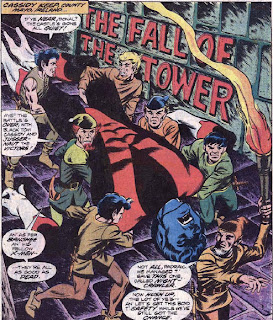 Also, the castle is equipped with a high tech laboratory and has laser gun turrets mounted on the parapets, because of course it does.

For Sale
A trio of great 70s ads in this one: The Six Million Dollar Man, Evel Knievel, and perhaps the craziest Hostess Ad I've ever seen (click each to embiggen). 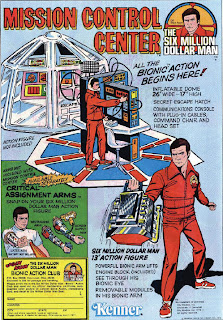 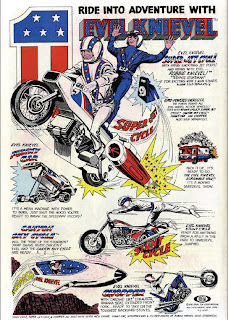 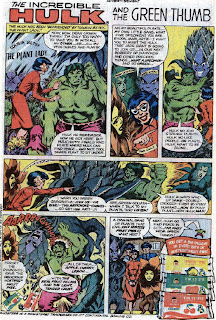 Teebore's Take
Last time, I mentioned that Storm is considered to be Claremont's favorite of the new X-Men; in this issue, Dave Cockrum's favorite character, Nightcrawler gets his chance in the spotlight, confronting Juggernaut and Black Tom on his own and facilitating the X-Men's escape. While Len Wein always envisioned Nightcrawler as a more tragic figure (cursed by his appearance), Cockrum took a shine to him early on and helped setup the contrasting (and more interesting) take on the character as being carefree and adventurous despite his appearance, a take which Claremont latched onto as well. For the first time, we really see Nightcrawler the swashbuckler in full force as he launches into action and taunts Juggernaut, in an almost Spider-Man-esque manner, into defeating himself.

Story-wise, Claremont continues to couch the more standard "villain of the month" style stories in his larger ongoing narrative by revealing Erik the Red as the force behind the Juggernaut/Black Tom team-up. As a result, it becomes clear that since issue #97, Claremont has been developing three separate ongoing plots: the story of Professor X's alien visions, Erik the Red's attacks on the X-Men, and the circumstances of Jean's transformation into Phoenix. Shortly, these threads will come together and the opening act of Claremont's run will stand revealed.

All that aside, this issue is probably best remembered as "the leprechaun issue". The less said of that, the better, methinks.
Newer Post Older Post Home
Posted by Austin Gorton at 8:00 AM