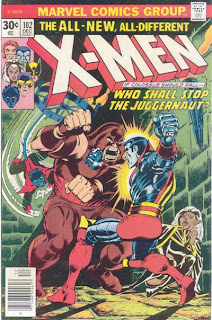 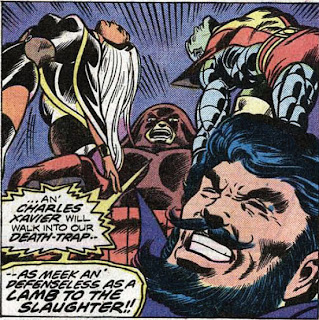 Firsts and Other Notables
Storm's origin as the child of an American photojournalist and an African princess born in Harlem is recounted here for the first time, including the cause of her extreme claustrophobia (she was trapped in rubble with the body of mother) and her childhood spent as a thief in Cairo. As such, this is also the first appearance of her parents and her mentor in thievery, Achmed El Gibar. We also learn that Storm's last name is Munroe. 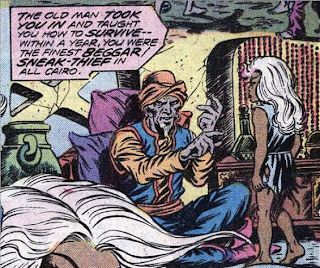 Wolverine's claws are revealed to be made of adamantium. 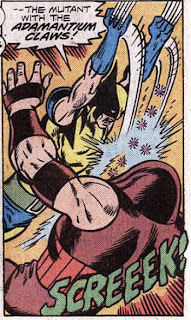 Nightcrawler's ability to turn invisible in shadows is shown for the first time. This particular power is a bit contentious, as the reprint of this story in Classic X-Men is edited to suggest that Nightcrawler merely blends into the shadows well (as opposed to literally turning invisible). However, later stories make it clear that he does indeed disappear whilst in shadows. 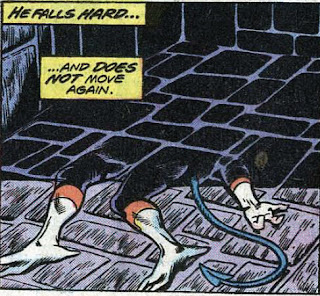 This issue also marks the beginning of Black Tom and Juggernaut's relationship, which extends beyond a mere super-villain team-up to the realm of actual friendship. Some modern readers have wondered if Claremont was trying to suggest a homosexual relationship without being able to come out directly and say so, but I've never read any interviews with Claremont confirming that (or denying it, for that matter), and there's certainly nothing in the text of this issue or most of their later appearances together to suggest it, aside from what amounts to a rather peculiar (for the time) genuine friendship between two super-villains.

On a personal note, this issue marks the beginning of the continuous run of X-Men issues in my comic book collection. While I own numerous issues older than this one, from this point forward I own an original copy of every issue of X-Men to the present day.

A Work in Progress
Jean references dying and resurrecting herself. 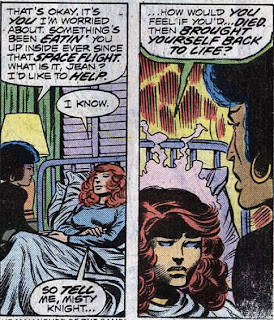 Professor X gets another vision of the alien haunting his dreams. 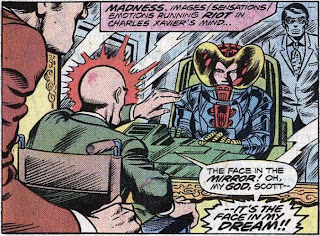 It is suggested that Storm is special in a way beyond her mutant power, as she claims to remember events happening around her at six months, and both her parents comment on her specialness. 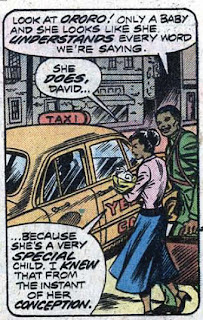 Like brothers Cyclops and Havok, cousins Banshee and Black Tom are immune to the other's power. While it makes a certain amount of sense in terms of Cyclops and Havok's energy based powers, one wonders how Black Tom can be "immune" to Banshee's scream; does he go temporarily deaf whenever Banshee uses his power?

We see a reverse-Fastball Special in this issue, as Wolverine hurls Colossus at Juggernaut. 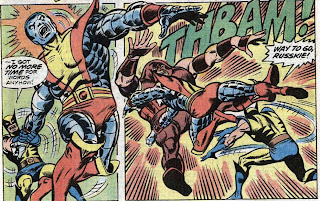 That 70s Comic
Storm's claustrophobia is rooted in the Suez War of 1956, and Storm's birth date is explicitly stated as being in 1951, which makes her roughly 25 when the story was published.

Claremontisms
Misty Knight, Iron Fist's girlfriend and a supporting character in his comic, appears as Jean's New York roommate. Claremont was also writing Iron Fist at this time (along with future X-Men artist John Byrne, in some of his earliest work), and supporting characters from that book will pop up occasionally in X-Men. This is something Claremont (and lots of Marvel writers at the time) loves to do, crossing over cast members from the various titles he's writing. In addition to the Iron Fist characters, over time we'll see Claremont bring over characters from his Spider-Woman and Ms. Marvel runs.

This penchant of creators for shepherding characters across titles is one of the things that helped give the Marvel Universe its cohesive feel, and while it still happens somewhat these days, we certainly don't see it as often as we do in comics from the 70s and 80s.

"Professor Xavier is a Jerk!"
Professor X attempts to give Cyclops a taste of the back of his hand after Cyke refuses to leave Jean's side. And Cyclops is totally scared of it, too. 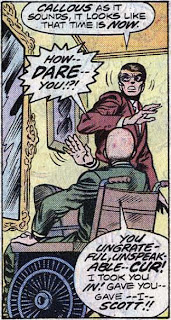 For Sale
Heh. Will these shoes help you run from the law, too? 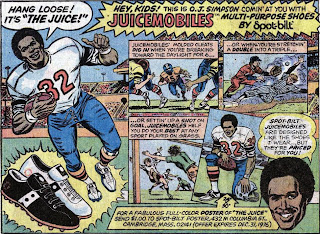 Teebore's Take
Things are a bit more traditional this issue, as Claremont and Cockrum bring back their second Lee/Kirby villain to face off against the new X-Men in what amounts to essentially an issue-long fight scene. The driving conceit, of course, is that the new X-Men have never faced Juggernaut before, and more importantly, the key to defeating him (telepathy) isn't readily available to them, with Xavier and Jean across the ocean. Toss in the fact that Claremont effectively sidelines Storm, arguably the most powerful member of the team in Ireland for most of the issue, and Juggernaut comes out looking more fearsome and (dare I say it?) unstoppable than he has since his first appearance.

In the few non-fight scene pages of this issue, Claremont takes the time to detail the origin of Storm. Therein it is hinted that there is something special about Storm beyond her mutant power. Though little will come of this (aside from a few future story points that might tie into Storm having some kind of mystical abilities), it is clear that of all the new X-Men, Storm is Claremont's favorite. She's already received a back story far more detailed than any of the other new characters, and the brief recap of her life we get here (from precocious child to orphaned thief to worshiped goddess) suggests fertile ground for future character development far beyond what we've gotten for any of the other characters. As time goes on, Storm will remain a central figure in Claremont's run, and stand as an example of Claremont's ability to grow and develop characters over time.
Newer Post Older Post Home
Posted by Austin Gorton at 8:00 AM