With the end in sight, "The Candidate" depicts the culmination of FLocke's long con: convince the remaining candidates he's a nice guy who just wants to leave the island and take them with him, all the while setting them up to kill themselves in one fell swoop. In the process, FLocke stands revealed, once and for all, as the villain of the piece. Not only has he purged any ambiguity in the minds of the audience, but by orchestrating the destruction of the sub, killing half the remaining cast in the process, FLocke has declared himself the villain to the characters as well. For the first time, the audience and the characters are on the same page: FLocke is the bad guy, and he has to be stopped.

In an interview with Entertainment Weekly's Doc Jensen, Darlton said they had two goals in mind for this episode: to confirm, after nearly a season's worth of intentional obfuscation, that FLocke was, indeed, a villain and to raise the stakes, showing the audience that with the end approaching, anything goes and no one is safe. The offhand, redemptive and moving deaths of Frank, Sayid and Sun and Jin as a result of FLocke's machinations ably accomplished both goals.

In much the same way that the last episode was a multi-focused episode that seemed to lean towards Jack, this one, while lacking a specific character focus, seemed to be about Locke. In addition to sticking FLocke to the villain post, Sideways Locke is revealed to be the titular candidate (the title not referring to Jacob's candidate, as most of us believed before the episode aired). Sideways Jack's actions were all driven by his desire to fix Locke, and in the process, we learned more about Locke, filling in some blanks from "The Substitute". The end leaves Sideways Jack and Locke in the same position as their island counterparts. With Island Jack embracing Jacob's ideology about purpose and destiny and Sideways Jack recognizing the coincidences stemming from Flight 815 and wondering if something deeper is going on, the man of science has become a man of faith, standing against, in both realities, a Locke who has no faith.

Stuff Worth Mentioning
4 main characters died in the episode.

It was confirmed onscreen that Kate was crossed off the list in the cave (the producers had previously said that in a podcast). 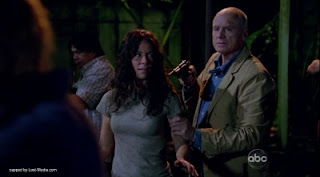 Sideways Locke was channeling island Locke while unconscious, but he didn't seem to recall those memories when he was awake.

Sideways Bernard seemed zen-like and knowing...is there anything to that? Has Desmond visited him yet? 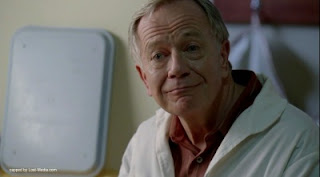 When Kate got shot on the deck, I totally thought she took it in the heart and that was the end of Kate. Alas, twas not to be.

When talking with Sideways Claire, Jack got an Apollo bar out of the vending machine, as in his scene with Jacob in "The Incident".

Despite all the other variations between the island reality and the sideways reality, Christian died the same way in both realities: drunk in an Australian alley.

The music box Christian left for Claire was reminiscent of (but not the same as) Rousseau's music box, and it played "Catch a Falling Star", of course. 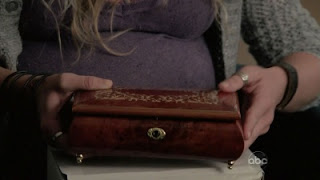 If he hadn't left to star in "Fringe", I wonder if Abbadon would have been wheeling Sideways Locke out of the hospital at the end. 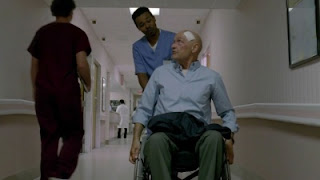 It is probably not insignificant that Sideways Locke is something of a pilot; what are the odds that he might somehow be responsible for flying Ajira 316 off the island?

Sideways Jack's line to Sideways Locke, "I wish you believed me", was in Locke's suicide note to Jack.

At the rate key phrases and snippets of dialogue are getting repeated in the final season, part of me wonders if the finale won't consist entirely of previously-written dialogue. :)

Questions Answered
FLocke is, indeed, a bad guy and he wants to kill the remaining candidates, not leave the island with them.

Sideways Locke was crippled after crashing his private plane with Anthony Cooper aboard. 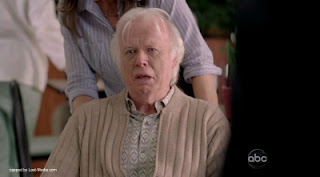 Sayid did not kill Desmond in the last episode.

FLocke's Others either died or scattered as a result of the mortar attack.

Questions Asked
Is Sideways Anthony Cooper the same Cooper who Sideways Sawyer is after? Did Locke's crashing of the plane vegetate him before he could complete his con on Locke? Did Locke unknowingly spare himself the pain of learning his dad is a con artist while at the same time, ridding the world of an evil SOB?

Sayid seemed pretty adamant that Jack was THE candidate; intuition based on the situation, or did Sayid's time as zombie thrall of Smokey gain him some extra insight? 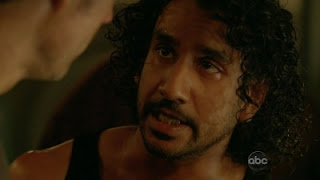 Next Week: Across the Sea
Looks like the heaping helping of mythology for which we've all been clamoring. Also, if you haven't heard, Lost's final episode has been extended by a half hour. 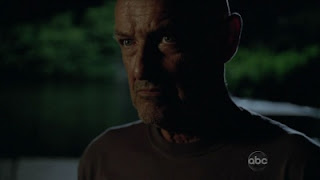