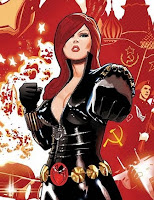 Powers and Abilities: Heightened (but not superhuman) physical abilities, stamina and longevity thanks to an offshoot of Captain America's super solider serum; Black Widow is also an accomplished hand-to-hand combatant, marksman, linguist, acrobat and espionage agent.

Gadgets and Accessories: Black Widow wears a bracelet on each wrist capable of firing an electric shock up to 30,000 volts (her "Widow's Bite"), a retractable line with grappling hook (her "Widow's Line"), and tear gas. The bracelets also contain advanced communication equipment. Her costume is comprised of a synthetic fabric that is resistant to high heat and small arms fire. There are microscopic suction cups on her hands and feet that, when activated, allow her to cling to walls and ceilings. Black Widow also uses traditional guns and bladed weapons from time to time. 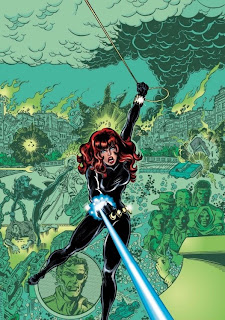 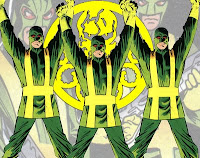 She makes her big screen debut in "Iron Man 2"*, played by the sultry Scarlet Johanson. 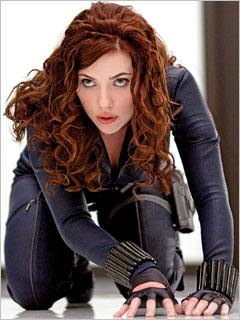 One-Sentence Origin: Trained from adolescence in the arts of espionage as part of the KGB's Black Widow program and injected with a variant of the Super Solider serum, Natasha Romanov defected to the United States, becoming an accomplished spy and superhero for the West as Black Widow.

Fun Fact: Black Widow is thought to be a descendant of the Romanovs, Russia's last Tsarist family.

Teebore’s Take: Black Widow is one of Marvel's oldest female characters, and one who, without headlining her own book or being the mainstay of a team (like Invisible Woman or Marvel Girl) has managed to stay prominent within the Marvel Universe in one way or another since her inception. 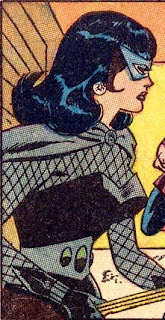 Thanks to that longevity, as well as the nature of her character (equal parts superhero and spy) Black Widow has strong connections to a variety of characters. She debuted as a Cold War era Iron Man villain, coercing the reluctant Hawkeye into helping her villainous plans. Eventually, the two reformed and joined the Avengers. Given her background and training as a Russian spy, Black Widow worked closely with Nick Fury, head of SHIELD, as a freelance agent, before moving to the west coast with Daredevil (she even shared the title of his book for awhile). After her romance with Daredevil ended, she remained close friends with the beleaguered vigilante and still pops up in his book from time to time. 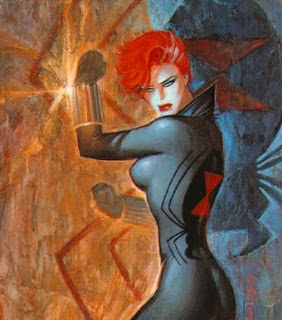 After leaving Daredevil, Natasha stayed on the West Coast, forming and leading the hodgepodge Champions while romancing Hercules, before returning to random espionage work and bouts with the Avengers. A flashback story established that she had encountered Captain America and Wolverine as a child in 1941, revealing a long running and close bond with the mysterious mutant. She grew closer to Captain America while serving as deputy leader of the Avengers under him, and even ran the team herself for a number years (she was, unfortunately, the team's leader when the majority of the Avengers were believed dead in the wake of the Onslaught story). 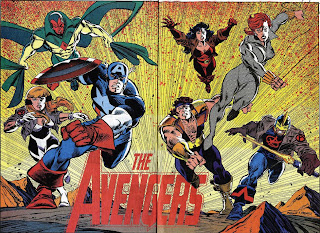 More recently, Widow sided with Iron Man's pro-registration forces during the Superhero Civil War, but has grown closer to the new Captain America (the original Cap's sidekick, Bucky) thanks in large part to a retcon that revealed that while Bucky was believed dead, he was the Winter Solider, a highly-trained, covert Russian agent who had a hand in training Black Widow when she was younger. Black Widow remains a featured character in Captain America's book, as well as the Avengers. 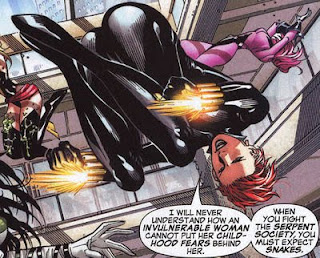 All in all, a fairly impressive resume for a character who's managed to hang around for forty plus years without ever headlining a book of her own. 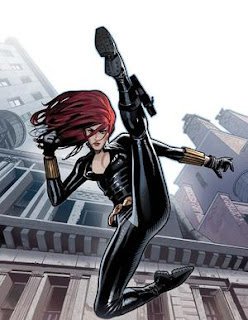 *And don't forget to brush up on your Iron Man knowledge before the new movie by reading his 'To Better Know Hero' entry here.