..."The Simpsons" first regular episode, "Bart the Genius," aired on Fox for the first time, marking the beginning of the shows record breaking twenty year (and counting) run. 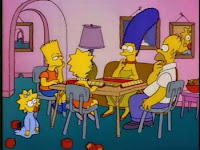 I had thought of doing a long-winded post examining the impact of "The Simpsons" on pop culture and reflecting on its twenty years of ups and downs, but there's probably very little I could say that hasn't been said already by far more widely read entertainment pundits or on that anniversary show that aired the other night (and I believe I'll save my personal reflections on how the show has affected me for its inevitable end, whenever that is, as a coping mechanism).

Instead, I'll just close with the words of Troy McClure, from "The Simpsons" 138th episode celebration, as true today as they were 312 episodes ago:

"Yes, the Simpsons have come a long way since an old drunk made humans out of his rabbit characters to pay off his gambling debts. Who knows what adventures they'll have between now and the time the show becomes unprofitable?" 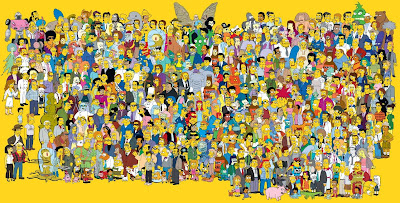