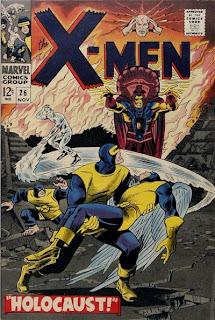 Plot: El Tigre's transformation into Kukulcan distracts the museum guard holding Cyclops at bay long enough for Cyclops to open his visor and disable the guard. He turns his blast on Kukulcan, but the villain redirects it back to Cyclops, who falls unconscious. Kukulcan easily dispatches his hirelings, who want his power for themselves, then leaves the museum for South America, determined to resurrect his former empire. Professor X observes Kukulcan's immense power and his departure via Cerebro, and is able to telepathically contact the X-Men once more. He rouses the unconscious group, then contacts Jean at her school and asks her to do some research for him.

Jean arrives at Xavier's mansion shortly after the other X-Men. Professor X examines the information she's gathered, and determines Kukulcan is heading for San Rico, the location of of Kukulcan's temple. Once there, he uses his power to unearth his temple, including an enormous "solar stone" sitting atop a statue of Kukulcan's feathered serpent form which magnifies his power. He then uses his power to call all people of Mayan descent to his temple in order to serve him.

The X-Men arrive in San Rico and journey down the river to find Kukulcan. Along the way they are beset by the dangers of the South American jungle, including jaguars, crocodiles and boa constrictors. Arriving ashore near the temple, the X-Men are trapped by a group of enslaved people. They escape and confront Kukulcan, each alternately between distracting Kukulcan and trying to wrest his pendant away from him. Beast realizes that the solar stone is made of the same material of the pendant, and deduces it is the source of Kukulcan's power. While Iceman covers the stone with ice in the hope of blocking out its power, Cyclops accidentally hits Angel when Kukulcan dodges the blast. Turning his attention to Iceman, Kukulcan blasts the statue upon which the solar stone rests in attempt to shake Iceman off of it. In the process, he triggers a fault line beneath the temple, which causes an earthquake that quickly swallows the statue and the solar stone. Beast rescues a now-powerless El Tigre from the temple and Angel regains consciousness, claiming that Cyclops intentionally attacked him in order to eliminate a fellow rival for Jean!

Firsts and Other Notables: Ted shows up with Calvin Rankin, aka the Mimic, in tow. In turns out Calvin is now attending the same school as Jean. Of course, his memory is still wiped from his last encounter with the X-Men, so he doesn't remember Jean, but she is vaguely familiar to him and he insists they must have met before. 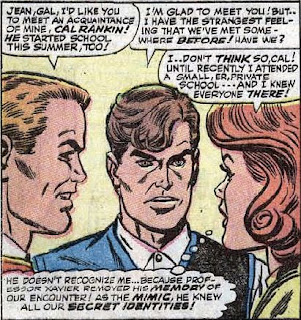 Jean is unable to leave school to go on this mission with the other X-Men. At this point, were this a TV show, I'd be assuming that the actress who plays Jean is pregnant or off having a baby, due to her limited involvement in the stories of late.

A Work in Progress: Apparently Cyclops was unable to use his optic blast against the museum guard last issue because he needs to press a button on his visor to open it. This is a detail I had forgotten since it's never really brought up except in instances like this. 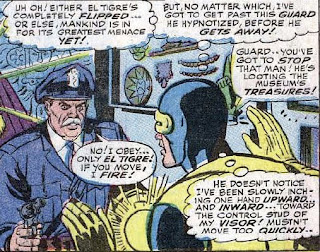 Angels spends some time thinking about how no one, not even other mutants, can know how awesome it is to fly. 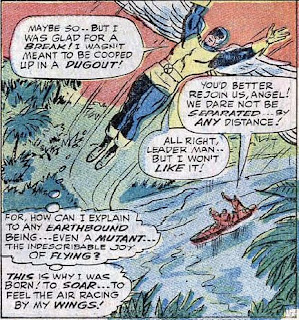 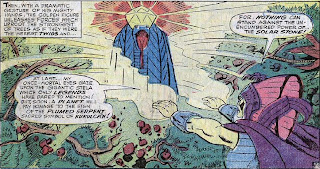 In a scene straight out of a cartoon, at one point Beast mistakes a boa constrictor for a vine. 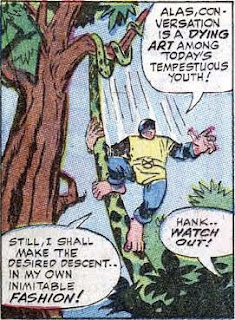 At one point, Angel refers to himself as "a poor man's Hawkeye", when he can't get over Jean's attraction for Scott. I don't know what that means.

As in, "Why, Bobby, there seems to be a sanguinary aspect to your nature! For shame, lad!

Young Love: Is Ted's inability to take no for an answer sweet or creepy? You decide (but I think we all know the answer). 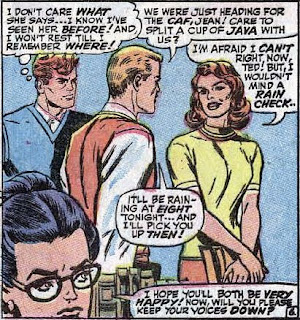 Despite his decision last issue to embrace the lifestyle of the pimp, Angel is upset that Jean still has a thing for Scott. Though I'm not sure how he confirmed that, considering Jean only THOUGHT about Scott. 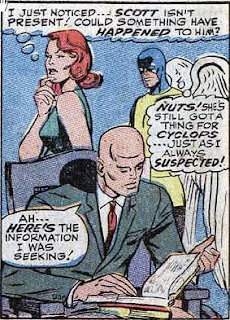 When she DOES express her concern, Angel get's a little snippy with her (in fact, Angel's pretty snippy throughout this entire issue. Maybe he's molting?). 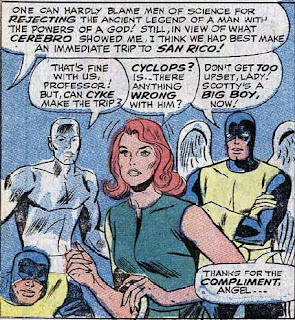 Could it be? Dare we dream? Could this be the end of Scott's silent and painful yearning for Jean? 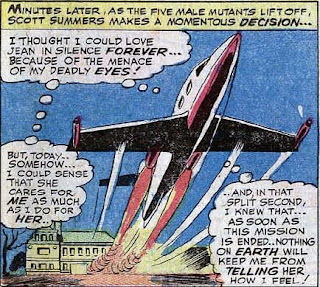 The Awesome and Terrible Power of Cyclops: Probably not, especially after Cyclops accidentally blasts Angel during the battle with Kukulcan and Angel accuses Cyclops of intentionally hitting him in order to eliminate a rival for Jean's affections. 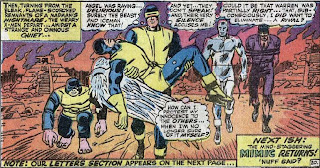 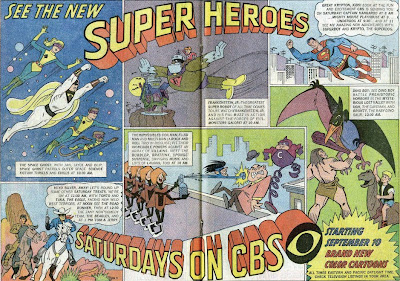 It's in the Mail: With this issue, the letters page is officially named the "Mutant Mail-Box".

Here's the starting lineup of the all super villain Marvel baseball team: 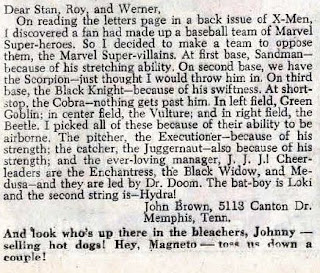 Teebore's Take: Things run their course as you'd expect from the second part of a two-part story: the villain enacts his ultimate plan, the heroes intervene, stuff 'splodes and the villain is defeated. The idea of Kukulcan using his power to use the descendants of his original Mayan worshipers as his slaves in the modern day is actually quite clever though, and the promise of some resolution (maybe) to the long running Scott/Jean unrequited romance subplot is also worth noting. Beyond that, standard, unremarkable fare; this is a fairly pedestrian era of the book's history.