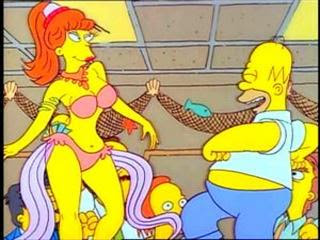 Or The One Where: Homer gets photographed dancing with an exotic belly dancer at a Bachelor party.

The Setup: After buying a mail-order spy camera, Bart takes the aforementioned picture, which quickly makes the rounds through Springfield.

A Work in Progress: After Lenny's debut in the last episode, Carl makes his in this one.

Lisa: Mom! Bart was taking a picture of his butt!

Barney: If you get hungry in the middle of the night, there's a open beer in the fridge.

Marge: Homer, you don't even know why you're apologizing.
Homer: Yes, I do. Because I'm hungry, my clothes are smelly, and I'm tired. 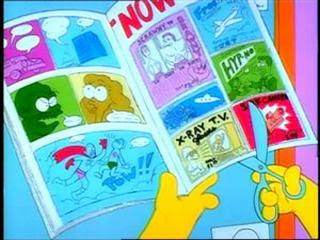 Teebore's Take: On the heels of the last episode comes another Homer/Marge relationship episode, this one Homer-centric. Like the last episode, it's enjoyable and well-crafted though not necessarily laugh-out-loud funny. One of the things I enjoy the most about the episode is that by the end, Homer realizes the reason Marge is angry at him (he set a bad example for Bart) and why she's right to be angry about that, on his own, without Marge having to nag him about it or spell it out for him. It's the kind of subtle character work that has long since left Homer behind.

Nothing particularly stand-out or memorable about this one, but another solid outing. 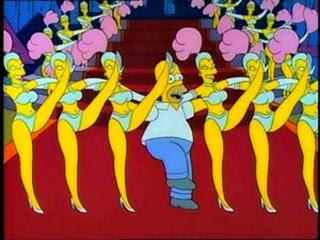