While watching greased up dudes sweating and frolicking around in skirts, I realized it’s been far too long since I posted anything on this blog.

Now I’m not a gay man (or bi-sexual since it’s my belief “gay” does not exist) but seeing this dude with his flowing blond hair plunging a short sword into the clavicle of a behemoth gave me a smile. 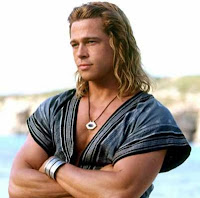 If I ever find myself in prison because people keep emailing me pictures of Miley Cyrus’ myspace pictures, I hope Brad’s the sister who’s going to punish me.

Beyond the aforementioned eye-candy factor Mr. Pitt possesses, he really doesn’t get enough credit for what a truly gifted actor he is and the remarkable resume he has acquired.

I guess if I’m going to be abused between the glutes I’d like the guy to have a little talent I can appreciate.

Here are the guys I’d go gay for – 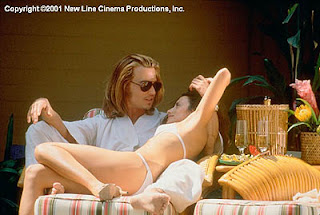 Johnny Depp - As long as he is in costume and character either as Ed Wood, Capt. Jack Sparrow, George Jung, or Dean Corso (Ninth Gate). 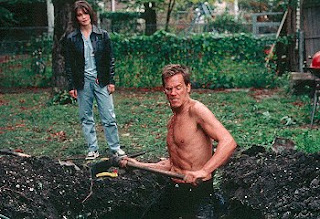 
Heath Ledger with pulse, even though Jake Gyllenhaal’s stench would be on him. Jake would be in the bottom five right behind the elephant man and the fat guy from Borat. I never want to be with someone who was chased by wolves and didn’t get eaten by them. Follow through, Jake. Eaten by wolves is a good way to go. 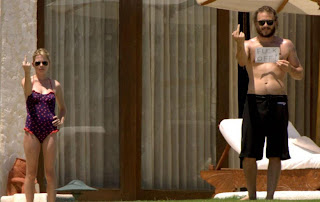 Ed Norton. Hopefully he’d have the look on his face in Fight Club where he realizes he’s boinking Marla Singer. 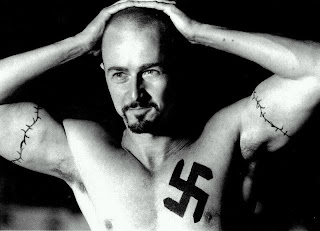 I challenge the other Gentlemen to post their list and then we’ll have a vote to see who has the best taste in dudes.
Newer Post Older Post Home
Posted by boots~ at 7:46 PM