The Last Full Measure by Jeff Shaara (Historical Fiction novel): An entertaining novelization about the end of the Civil War in which neither Grant nor Lee are entirely the hero or the villain, the book really illustrated to me just how similar the Siege of Petersburg was to the WWI trench warfare it presaged.

April 1865 by Jay Winick (History book): A readable and enjoyable look at all the significant events that took place during that month (the fall of Richmond, the surrender of Lee and the assassination of Lincoln), I was particularly intrigued by just how close the government came to complete collapse in the wake of Lincoln’s death.

The March by E.L. Doctrow (Historical Fiction): Incredibly well-written and literary but difficult to finish due to a lack of compelling characters and plots.

Boston Celtics (Basketball team): I was really hoping the Lakers would pull a Giants and stick it to the obnoxious and spoiled Boston fans, but alas, ‘twas not meant to be… 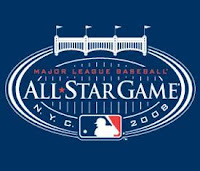 MLB All-Star Game Voting (Baseball): Last I heard the Red Sox were leading the voting in something like six categories; memo to aforementioned Boston fans: it’s supposed to be the “All-Star” game, not the “Red Sox vs. the NL” game.

Top Chef (competition TV show): While this season was a bit dull (rage-inducing Lisa aside) and became “Top Caterer” more often than I would have liked, it was still a satisfying season.

Legacy of the Force: Revelations (Star Wars novel): Ha! Suck it Jacen: not everything always goes your way.

A Midsummer Night’s Dream (Guthrie Theater production): Awesome: the only Shakespearean adaptation I’ve ever seen with a Rambo impersonation, a drunk Practical, an Obama-esque Theseus, tearaway clothes, Faeries performing doowop, rock, soul, punk, rap and choral musical interludes, a cross-dressing Geisha, and a Riverdance-style finale to Pyramus and Thisbee, and it was funny, not just highbrow, literate, Shakespeare funny but laugh-out-loud, tears-rolling-down-my-face funny, all without changing the play itself.