3 Questions About Comics and Me 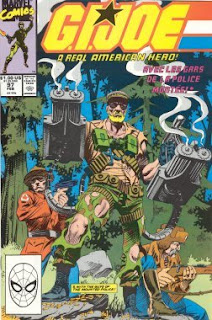 What was the first comic you remember reading?

G.I.JOE #97. It opened with a gun fight involving Cobra, the Joes, and the Canadian Mounted Police - all fictional characters in my mind. Scarlet was in the hospital in a coma and Snake Eyes was wrapped in bandages, ready to kick the snot out of some street thugs. An entire story in sequential art form sucked me in. The ads for other Marvel comics intrigued me and sparked my imagination. Who was the guy in the purple outfit with the bow and arrow and why did he seem so frickin' cool? Should I really order a bunch of comics through the mail and take part in the savings?

What was the first comic that made you realize that you might be in this for the long haul?

Capt A 376 had all the characters I'd never seen before who obviously had a backstory I must discover ASAP. Daredevil got his ass kicked in. Crossbones, Red Skull, and the Kingpin were obviously the bad guys. Bullseye couldn't miss and the Capt was on drugs! But drugs are bad and Captain America stands for America and America is perfect so how could the perfect icon being doing something bad?!?!? 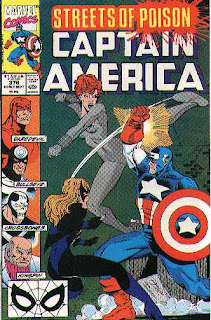 Uncanny X-Men 273 was my first taste of drama. It helped that the drama contained a shower scene with some very lovely ladies. It was also my first exposure to Gambit. The ragin' Cajun beat some hairy guy with claws and bad hair in the danger room and so my man crush on Remy began. 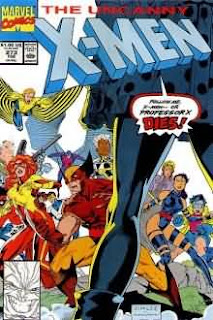 If you had to make a snap decision to take one comic or one comic run to a desert island, what would it be? Don’t think too hard! 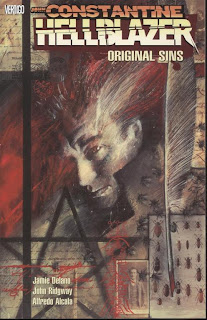 Obviously I'm all about the Sandman. I go back every 12-18 months and re-read the entire series with as much enjoyment as the last time. But since I've already posted about the Sandman I'll talk about what I'm reading and enjoying right now.

HELLBLAZER - I'm through the first TPB - Original sins and a couple issues into the 2nd. The British bloke, John Constantine (Not played by Keanu or set in LA), tricks demons and bangs hippy chicks. What more do you need?

GUARDIANS OF THE GALAXY (new series) - A Raccoon who's a military genius talking to a twig guy in a plant pot . . . Characters breaking the fourth wall to explain who they are . . . Adam Warlock and Gamora . . . I'm there.

IRON MAN - LEGACY OF DOOM, VIVA LAS VEGAS, and INVINCIBLE IRON MAN. The movie rocked and all the series coming out have been strongly written and beautifully rendered.

HOUSE OF MYSTERY - Vertigo has been consistent in letting writers do their thing and make incredible works of art. The Sandman, Preacher, Fables, and Y-the Last Man have all been unique stories with mature themes that ultimately have or will wrap up nicely to let the next series ascend. So far it looks like HOUSE OF MYSTERY may be the next great Vertigo series.

Email ThisBlogThis!Share to TwitterShare to FacebookShare to Pinterest
Labels: boots