To Better Know A Hero: Cyclops

Powers and Abilities: Optic blast: a beam of concussive energy fired from his eyes; pleasing ladies far, far out of his league; Cyclops is also a skilled strategist, tactician, and pilot.

Weaknesses and Achilles’ Heels: The only things that can contain Cyclops' optic blast are his eyelids and ruby quartz; redheads; stern reprimands from Professor Xavier.

Gadgets and Accessories: Cyclops wears a specially designed ruby quartz visor that allows him to control the length and width of his optic blast in combat situations.

Friends and Allies: the X-Men; (deep breath-Cyclops has a pretty messed up family tree) Alex “Havok” Summers (his brother), Gabriel “Vulcan” Summers (his other, only recently revealed and criminally insane, brother), Jean “Phoenix” Grey-Summers (his (currently) deceased wife), Emma “White Queen” Frost (his current girlfriend and co-headmistress of the Xavier Institute), Madelyne “clone of Jean Grey” Prior-Summers (his first deceased wife and mother of his son), Rachel “Marvel Girl” Summers (his daughter by Jean Grey from an alternate post-apocalyptic future), Nathan Christopher Charles Summers (his son, infected with a techno-organic virus and taken into a different post-apocalyptic future and returned to the present as the older-than-his-dad mutant adventurer Cable), Christopher “Corsair” Summers (his deceased father, formerly the leader of the intergalactic space pirate Starjammers).

One-Sentence Origin: Scott Summers was born a mutant and pushed from a crashing airplane by his parents and raised in an orphanage until Professor Xavier invited him to attend the Xavier School for Gifted Youngsters, giving him the code name Cyclops and making him the first member and eventual field leader of the X-Men.

Memorable Moment: Uncanny X-Men 175 (November 1983) in which Cyclops single-handedly takes on all the X-Men (including Wolverine, Storm, Rogue, Nightcrawler, Colossus and Shadowcat) who are under the illusion that he is the supremely powerful Dark Phoenix, and wins. 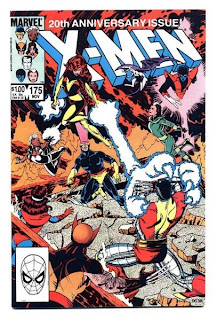 Fun Fact: Cyclops is, in fact, not as lame as the X-Men movies make him out to be. 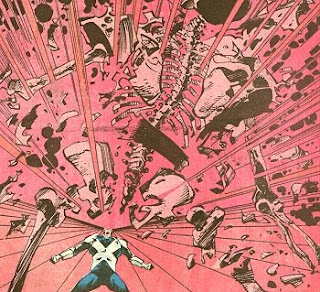 Teebore’s Take: Cyclops is my favorite comic book character. The foundation of his character is built on two archetypes that resonant strongly with me for some reason: the tortured leader, who puts the well-being of his teammates above his own and the hero who keeps to himself for fear of hurting others with his uncontrollable power.
Like Aquaman, Cyclops is something of an easy target for ridicule. He can be something of a crybaby, whining about his uncontrollable optic blasts, always yearning for Professor X's approval. But done right, he can also be a badass, putting Wolverine in his place, telling Xavier where he can shove it, and scoring with women that should be far out of his reach. He's basically an enormous nerd that doesn't just hang with the cool kids, he tells them what to do. 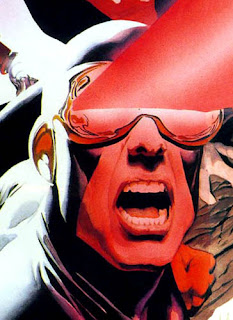 Email ThisBlogThis!Share to TwitterShare to FacebookShare to Pinterest
Labels: comics, To Better Know A Hero, X-Men