Hey, I have an idea, how about someone make an independent movie bordering on a musical featuring Irish folk/rock singers (not Bono) that nobody has heard of and mix in a pseudo-love story. Wouldn't that be awesome? You know what’s weird? Somebody did do that and it turned out to be better than you'd expect.

If you haven’t heard of Once then you probably haven’t been hanging out and the right expensive coffee shops filled with would-be writers. Oh, and you didn’t watch the Oscars where the song “Falling Slowly” from this very same movie won Best Original Song. There was quite a bit of buzz surrounding this movie before I watched it. For the most part, I wasn’t disappointed.
Once is a pseudo-musical that features Glen Hansard and Marketa Irglova as characters whose names were apparently lost at sea or something. I'll use the names that are used in the credits. Guy is a street musician who meets Girl. Girl also happens to be musically inclined. Guy and Girl bond over their common enjoyment of music. Guy, through the help and encouragement of Girl, decides to record his own album and make a real go at this whole musician thing. It's a lot better than it sounds.

The "love" story between Guy and Girl is one of the driving forces of the movie. It is subtle and understated. It grows organically and is based in realism. Each character has issues with past relationships that come up throughout the movie and effects the relationship Guy and Girl. This movie does a very good job of staying away from clichés. Throughout most the movie you're left wondering if their relationship is simply friendship or something more.
Most of the movie, however, is focused around music. Some call this movie a reinvention of the musical. But it didn’t strike me as a musical really at all. It was a movie about characters who can sing and play instruments, not a movie with characters who suddenly and unexpectedly break out into song and dance. However, the movie is very music-centric to the point that at some moments you feel like you’re watching an extended music video rather than a movie. But it's a very good extended music video.

This movie reminds me of the Blue Man Group. I saw the Blue Man Group in Chicago like 12 years ago and loved it. Since then I have told people how much I liked the show. Then they’d ask me what the show was about. My answer?
“Uh…well…umm…people in blue makeup…do stuff…like pound on drums filled with paint?”
Then they’d say something like, “Yeah, that sounds cool.” But I can tell that they’re secretly rolling their eyes at me and judging me and thinking I’m some kind of douche that is impressed by shiny objects. Well screw you! I don’t need to be looked down on by the likes of you!
That’s what this movie is like. It’s a movie that's hard to put your finger on but it’s definitely worth checking out.

Recap:
The Good: An interesting and original movie. The music is great if Irish, indy, folk, rock music sounds like something you’d enjoy.

The Bad: No nudity. Always disappointing. Also, at the beginning of this movie there’s this guy with a thick Irish accent and I couldn’t understand a word he was saying. So that was annoying.

The Disappointing: This is a movie that takes place in Dublin yet there were no leprechauns and no Frosted Lucky Charms. What kind of world do we live in where stereotypes created by a heartless corporation's breakfast cereal doesn’t pan out? 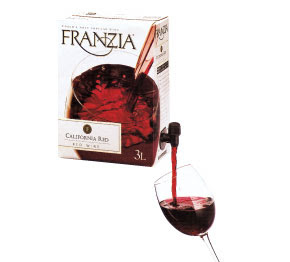