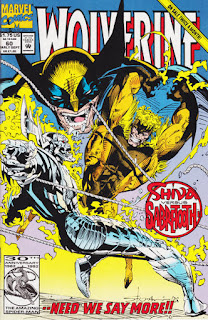 In a Nutshell
Shiva attacks Sabretooth as Wolverine grieves for Mariko

Plot
Watched by Gambit, Jubilee & Yukio, Wolverine continues his vigil at Mariko's grave, fighting his grief and urge to lose control. In New York, Sabretooth is attacked by Shiva at a wrestling match. On a nearby subway, muggers confront John Wraith, who are in turn harassed by a group of Skinheads, but Wraith scares off both groups. In Japan, Matsu'o tests out his new hand, ignoring the pleadings of his ninjas to leave the country before Wolverine extracts vengeance. Sunfire arrives at Mariko's grave, passing along his government's request that Wolverine peacefully leave the country. In New York, Sabretooth manages to destroy one Shiva robot, but is attacked by a second. He is saved by Wraith, who destroys that robot and teleports away with Sabretooth. In Japan, en route to the airport, Wolverine catches Matsuo's scent. He tracks him down, defeating his ninjas and destroying his new hand. He then slices Matsuo's face, telling him that rather than kill him, he is simply going to return each year to mutilate him further, taking a slow revenge on him.

Firsts and Other Notables
John Wraith, aka Kestrel (though he's not yet named that here_, appears for the first time in this issue. Mentioned previously (via the name Kestrel), Wraith is another member of the Weapon X project that produced Wolverine and Sabretooth, who received similar memory implants and manipulations. He has the mutant ability to teleport, and you may remember him from when he was played by Will.i.am in the terrible X-Men Origins: Wolverine movie. 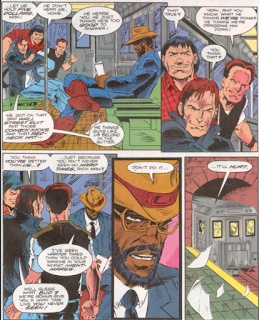 As vengeance for orchestrating Mariko's death, Wolverine tells Matsu'o that rather than kill him, he will return every year on the anniversary of her death to take cut off another piece of him (here, he seems to slash his nose). Though we won't actually see any of these subsequent attacks, issue #175 confirms that Wolverine does keep the tradition alive. 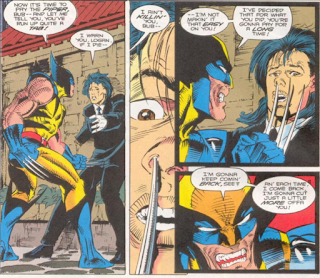 Shiva, last seen in issue #50, returns here, targeting Sabretooth (as was teased in #50). 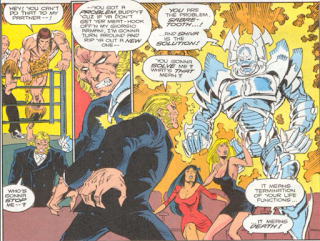 Shiva forces Sabretooth to recall a memory in which its strongly suggested that he is abusive Wolverine's father, angry that Wolverine is getting involved with a Native American girl (Silver Fox), all of which turns out to be a false memory. 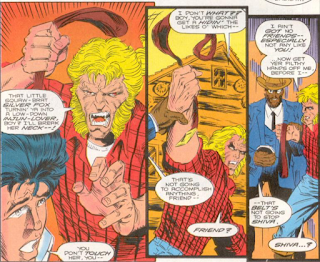 Flashbacks in this issue continue the story of Wolverine, Sabretooth and Maverick after their first encounter with Omega Red, as shown in X-Men #5-7. We see them being retrieved by Wraith, who tells them to go on without him as he's decided to take on Omega Red himself. Barrington, who was mentioned in Maverick's back-up story in X-Men #10-11, suggesting he is connected to the Weapon X project as well. 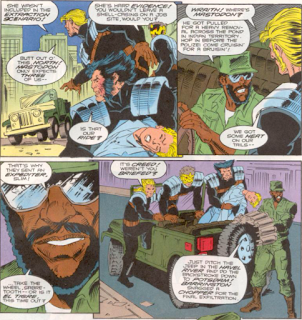 A footnote at the beginning of the issue says that this story takes place before the story in issues #58-59.

A Work in Progress
A grieving Wolverine grapples with his memories, and the spiky painscape is seen once again. 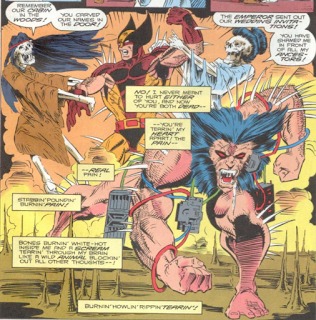 When he first appears in the issue, Sabretooth is wearing a suit, with Hoover presumably taking the lead from Jim Lee when Sabretooth first appeared in X-Men #6.

Matsu'o receives a new high-tech hand this issue, though it doesn't perform as well against Wolverine as he'd hoped, and he loses it again by issue's end. 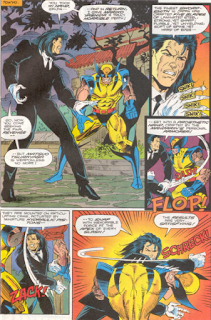 Austin's Analysis
The art is a little dodgy (Dave Hoover had a lengthy run on Captain America around this time which I've never loved, but like more than this), but otherwise, this is exactly the kind of issue the series needed after the death of Mariko in issue #57, giving Wolverine a chance to take a beat and grieve before launching him into his next adventure (it's perhaps unfair to hold the dictates of scheduling - especially when the book is shipping bi-weekly - against issues #58-59, especially since this issue makes it clear they take place after this one, but that's how the issues were published, and how anyone reading them in real time would have read them). Wolverine's decision regarding how to exact his revenge on Matsu'o effectively sidesteps the limitations of the genre - Wolverine can't just kill him because Matsu'o needs to stick around for future stories - with a solution that doesn't feel cheap (and genre-mandated) and still affords some measure of satisfaction for Wolverine. Toss in the parallel events involving Sabretooth being targeted by Shiva, a return to an ongoing plot that's been mostly shelved over the last eight issues, and this marks an appreciated return to form for the series following the forgettable Chichester fill-in.

Next Issue
Next week, Unstacking the Deck and the first series of Marvel Masterpieces.
Newer Post Older Post Home
Posted by Austin Gorton at 12:00 PM