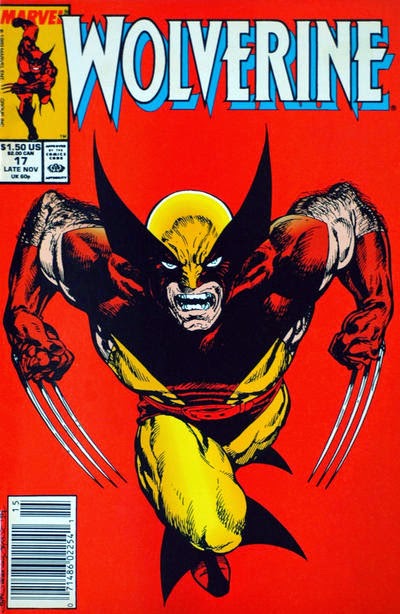 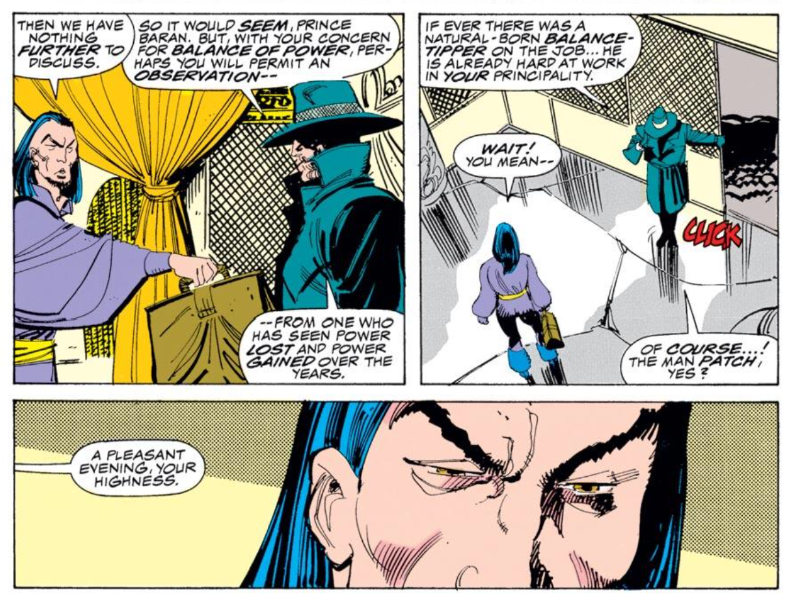 The next morning, Wolverine awakens and smells from his balcony the shipment of cocaine being moved. He follows the truck and spots the drugs, along with Roughhouse, being loaded onto a ship. Aboard the ship, the mysterious stranger tells Roughhouse about a special tainted cocaine, which granted one of its users enough superhuman abilities to take on Daredevil before it killed him. That cocaine fell into the hands of the stranger's employer and the stranger introduces himself as Geist, explaining he's been tasked with working out the bugs in the cocaine and that Roughhouse will be his next test subject. Outside, Wolverine boards the ship, recognizing it as a US Navy vessel, as Roughhouse starts to scream.

Firsts and Other Notables
Following Peter David's six part "The Gehenna Stone Affair" story, this issue marks the debut of the book's new creative team, Archie Goodwin and John Byrne, who previously worked together when Goodwin was the editor on X-Men. Their run on this title lasts only seven issues, contributing to the "revolving door" feel of creative teams early in its existence,. Byrne has said that he took the job to work with Goodwin, and when Goodwin left, he did (joking that had they known how good the royalties from the series would be, they would have stuck around longer).

Byrne is inked by Klaus Janson, known for his collaborations with Frank Miller and John Romita Jr. He gives Byrne's pencils a rougher edge that I don't love, but I also don't mind, and it certainly fits the tone of the series.

Geist, a World War II-era Nazi kept alive by a cybernetic exoskeleton, appears for the first time in this issue. He serves as the chief villain for the Goodwin/Byrne run, but aside from the X-Men: True Friends miniseries, this storyline encompasses all his appearances. 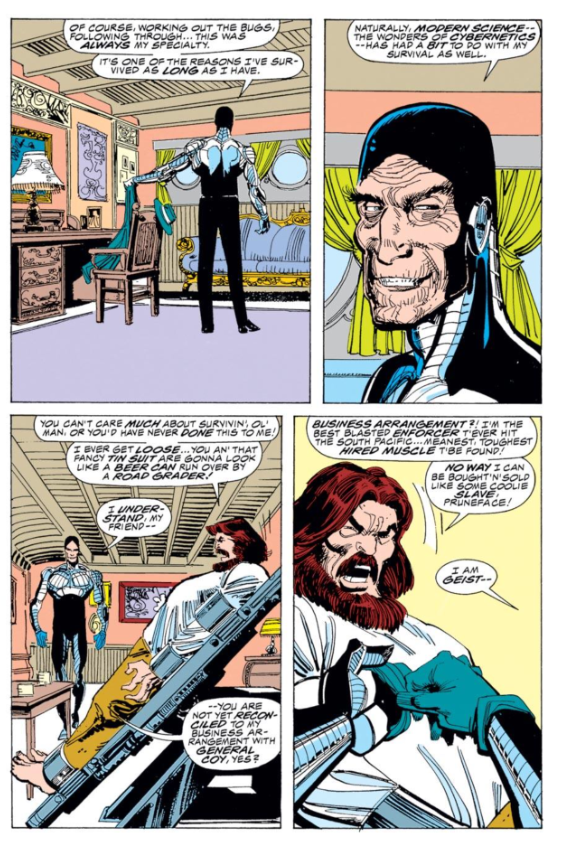 Daredevil sort of guest stars in this issue, as Geist recounts to Roughhouse Daredevil's encounter with someone high on Geist's tainted cocaine. I'm not entirely sure why Goodwin and Byrne decided to drop a random Daredevil appearance into the issue, unless one or the other just wanted to write/draw the character, however briefly. 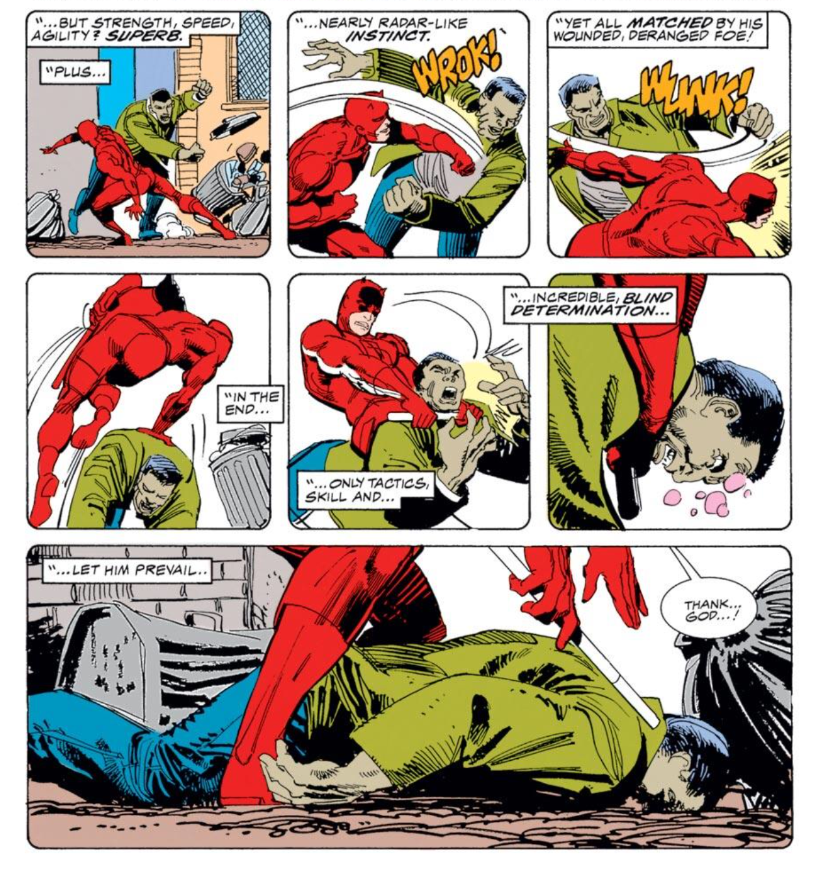 Bloodsport is called Bloodscream without comment in this issue, and that is the name the character is known by moving forward.

The cover image from this issue's cover is mildly iconic, and pops up in a various places (ads, licensing material, etc.) in the future. It's the also the first for the series in an unfortunate trend of cover design that has, these days, completely overtaken the industry: the cover that is little more than a pinup image, which gives no indication (however misleading or inaccurate) of what the contents of the issue may be.

The Chronology Corner
Storm appears briefly in this issue, before Wolverine leaves Australia for Madripoor, occurring before Uncanny X-Men #246. 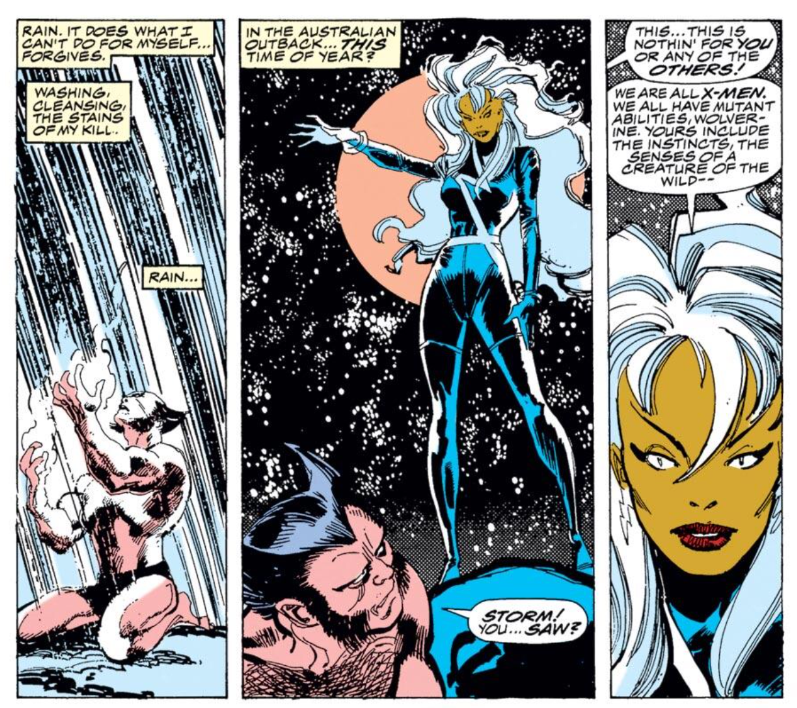 A Work in Progress
Something which has been alluded to, in both this series and Uncanny X-Men, this issue actually shows us Wolverine leaving Australia for Madripoor, via Gateway, for the first time. 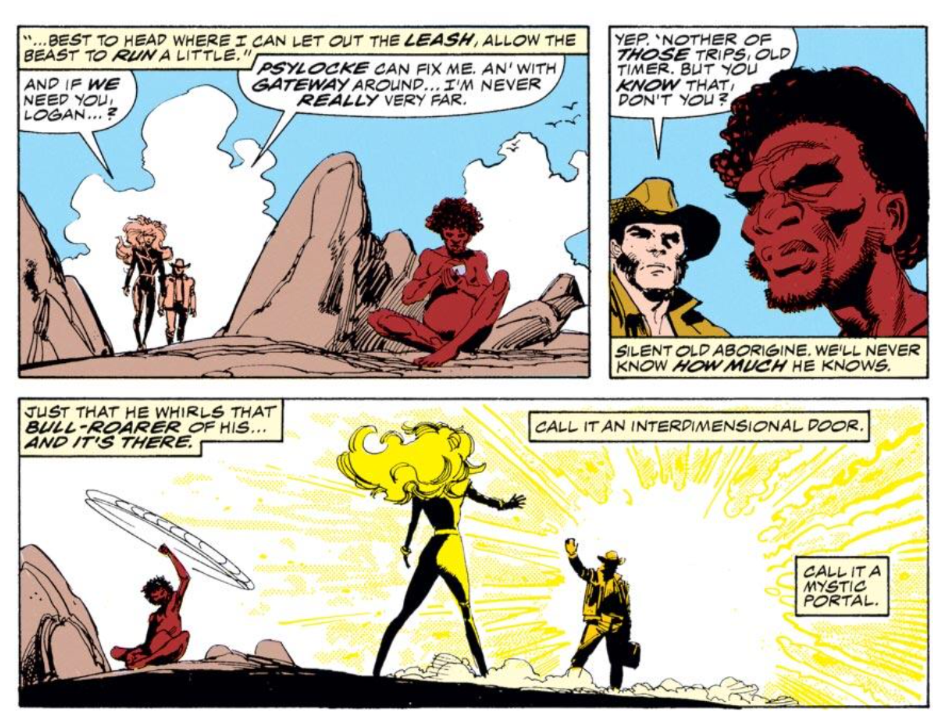 Wolverine considers Roughhouse one of his favorite sparring partners, for a variety of reasons, which smacks a bit of Goodwin creating a justification for Wolverine to follow-up on Roughhouse's kidnapping. 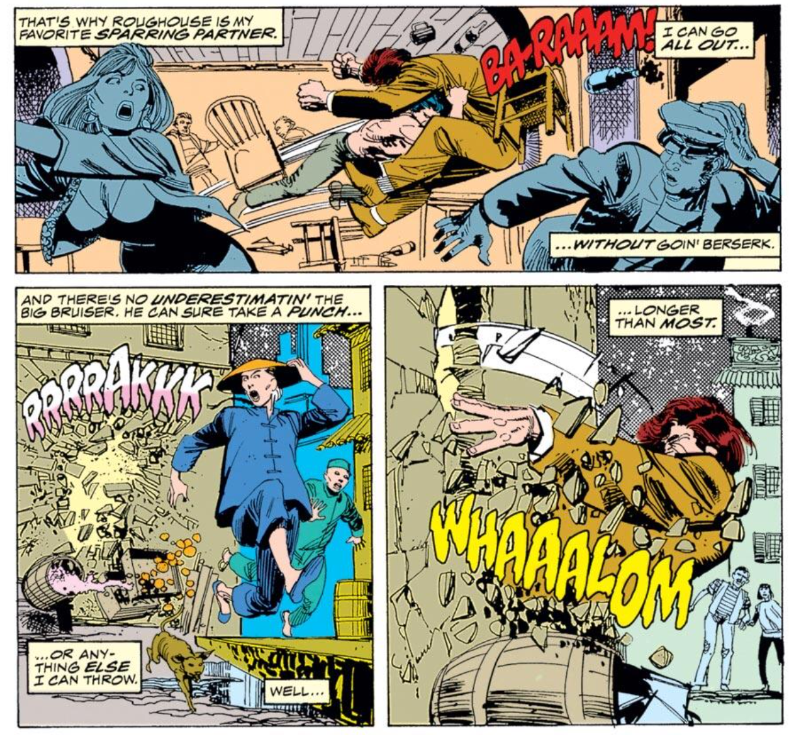 Wolverine is now noting that "a select few" people know his true identity, while most everyone else in Madripoor still know him as Patch. 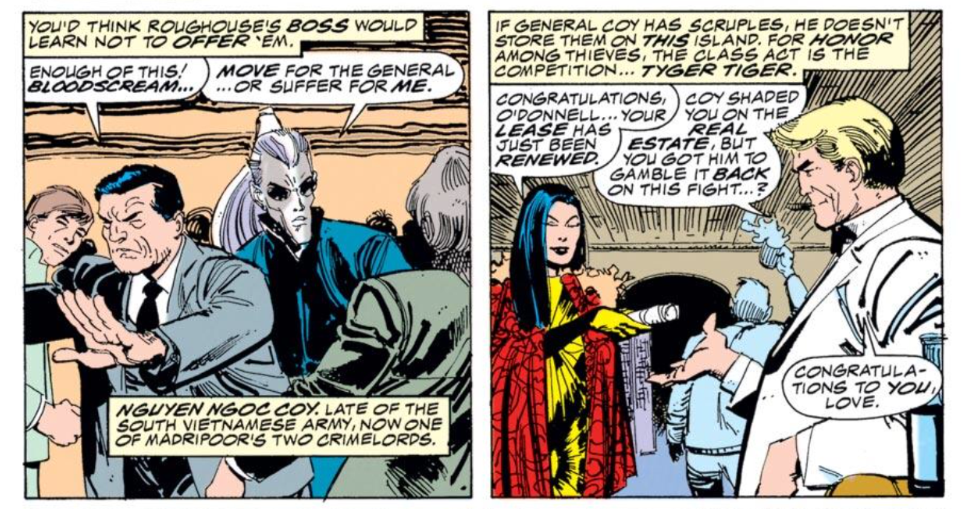 Teebore's Take
The first issue from a new creative team, this issue kicks off a new storyline, but also acts as a refresher on the book's setting and supporting characters in the wake of the plot-heavy "Gehenna Stone" affair. In doing so, Goodwin and Byrne take the opportunity to do something that hasn't really happened yet in the series: examine just why, exactly, Wolverine is donning a disguise and flitting off to Madripoor to drink and get into bar fights regularly. The answer (that he can better control the animal within him by giving it a bit of the leash, from time to time) isn't necessarily the most original or introspective, and it does result in some relatively uninspired narrative captions (Claremont had a knack for that sort of thing, his purple prose livening up some otherwise turgid exchanges), but it goes a long ways towards giving the series an internal purpose beyond the external "because Wolverine is our money maker and needs his own series", one which matches the more hard-boiled adventure serial tone already established by Claremont. That, combined with the always-appreciated John Byrne art, makes for a solid start for the new creative team.