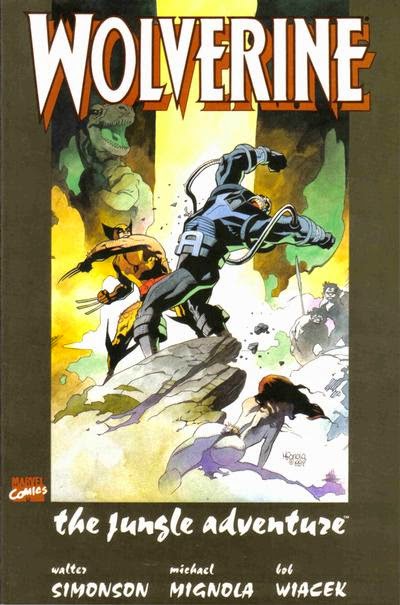 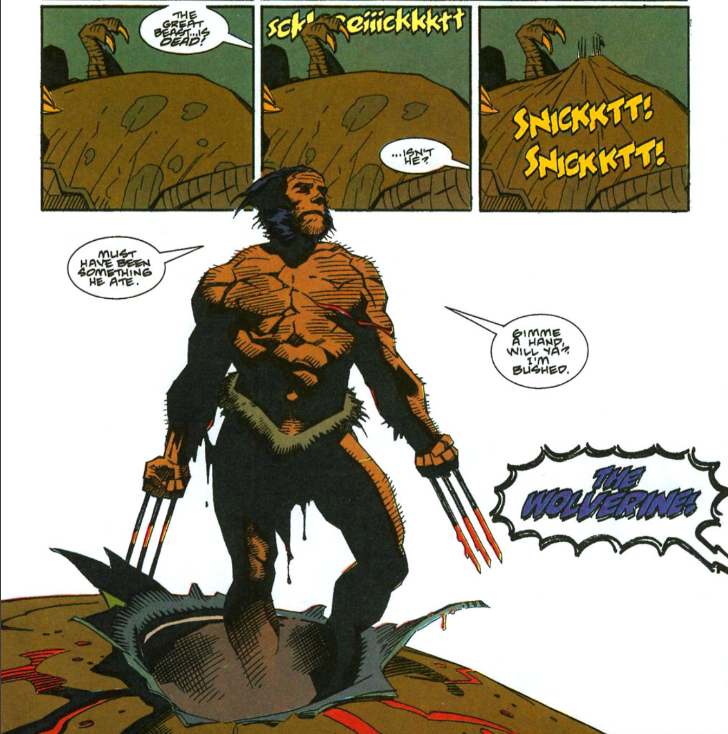 The tribe leads him to the volcano from which the creature came. Finding an access tunnel hidden nearby, Wolverine discovers a secret lab hidden within the mountain, and finds himself face to face with Apocalypse. He reveals that he's transforming the captured natives into cyborgs designed to target specific mutants, but when Apocalypse discovers Gahck lurking in the base, he is distracted enough for Wolverine to escape. As Gahck frees the captives, Wolverine battles Apocalypse, who turns out to be a robot. Wolverine destroys the robot, and in the wake of the battle, he discovers an adamantium skull in the laboratory. Just then, the real Apocalypse appears via a hologram, explaining that his robot duplicate's programming had changed from its original configuration, and so Apocalypse sent the assassin to lure Wolverine into a confrontation with the robot in order to destroy him. As Apocalypse fades away, Wolverine destroys the lab and flies off in his plane, leaving behind stories of his adventures amongst the Tribe of Fire, as well, possibly, as a child by Gahck.

Firsts and Other Notables
This story marks the first encounter (in terms of publication dates) between Wolverine and Apocalypse, and is mostly remembered for teasing the idea that Apocalypse is responsible for giving Wolverine his adamantium skeleton (an idea previously hinted at in Uncanny X-Men #242). This was Claremont's original plan for the character, something of which Barry Windsor-Smith was aware when he created "Weapon X", the story which first depicted the process of Wolverine acquiring the skeleton.

Claremont never got around to officially establishing the Wolverine/Apocalypse connection, making it yet another ghost plot lost in Claremont's departure from the X-Universe, yet Apocalypse would eventually become a major X-Men villain (at this time, he was still chiefly an X-Factor villain, having not yet appeared in X-Men itself) and would become responsible for giving Wolverine his second adamantium skeleton (after Magneto forcibly removed the first one in X-Men (vol. 2) #25) and briefly transforming him into his Horseman of Death, making their first encounter here still notable, albeit for entirely different reasons than intended at the time. 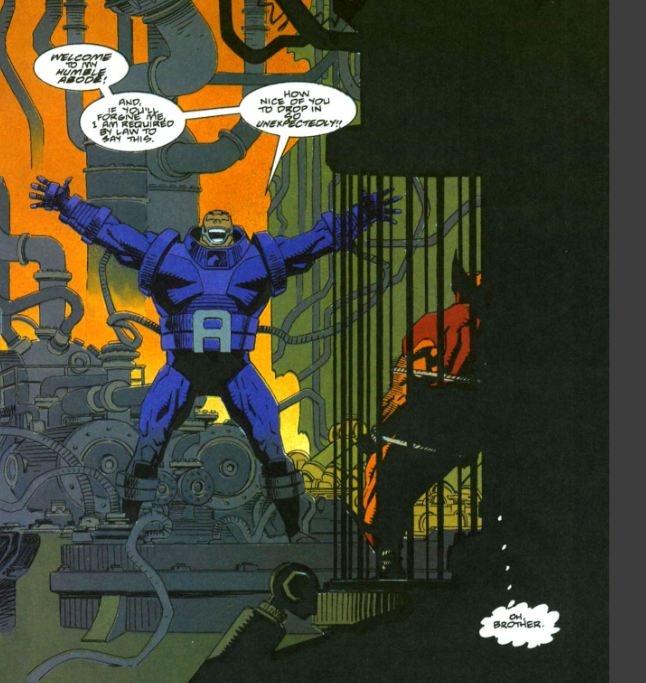 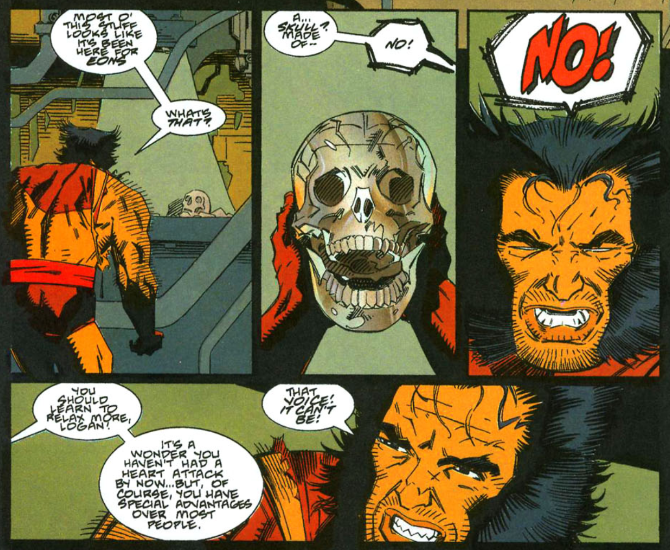 Like Colossus before him, this issue hints that Wolverine fathered a child with a Savage Land native, as the final panel shows Gahck, with whom it was heavily implied Wolverine knocked boots earlier in the issue, holding an infant. This child has never been named or acknowledged as a child of Wolverine in any comic save the Official Handbook of the Marvel Universe - X-Men in 2004, which listed "Erista" as a son of Wolverine. As that name doesn't appear anywhere else, it's possible Erista was intended by the handbook writers to refer to the child in this issue.

Art comes from a pre-Hellboy Mike Mignola, the first of two projects he did for the X-office, while the story is written by former X-Factor penciler Walt Simonson.

Like Mojo Mayhem, this issue is a prestige format book intended to serve as the Wolverine annual for 1989 (though it cover dated as 1990, it came out in late '89).

The Chronology Corner
This issue takes place after Wolverine #16, and thus before Wolverine's torture at the hands of the Reavers in Uncanny X-Men #251.

A Work in Progress
Wolverine mentions that Cyclops told the X-Men about Apocalypse at some point.

Teebore's Take
The most notable thing about this issue, aside from being Wolverine's first encounter with Apocalypse (an encounter that becomes more significant in light of future events/aborted storylines moreso than anything at the time), is the art. Though not quite yet in the style for which Mignola will be known (it remains a little rough around the edges), it's still quite effective, able to broadly complement the setting and set the mood while also capable of delving into some nicely detailed backgrounds as well (such as in Apocalypse's lab).

The narrative is a bit more dubious, coming dangerously close at times to falling into stereotypical "white man tames the noble savage" tropes. But Simonson is clearly walking that line intentionally, as the story is clearly meant to evoke Tarzan-esque pulp adventure stories, and by setting the tale in the Savage Land, any representation issues involving any real life peoples are sidestepped.

The end result is an annual that fits in well with the pulpy adventure tone of the regular series (albeit via a different kind of adventure story), one which chronicles a first encounter between two characters that manages to remain significant even though the plotline it was originally meant to tease was ultimately aborted, with some especially snazzy art. Especially as annuals go, that's not too shabby.

Next Issue
We jump back in time to Cyclops' past in the backup stories of Classic X-Men #41-42.
Newer Post Older Post Home
Posted by Austin Gorton at 12:00 PM