Yes, I'm back and I'm still ranking. I'm unsure how to begin these posts so we'll just get right to the ranking. Maybe I'll come up with a better introduction next time....but that would require me not to be lazy. As always, if you're unfamiliar with these posts, check out the introduction here. 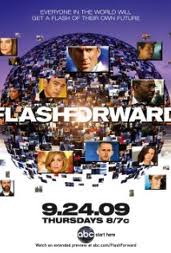 45. FlashForward: An intriguing premise. The entire world blacks out for 137 seconds and during this period they see a brief glimpse of their future. Naturally, global devastation occurs because of the blackouts and everyone's lives have changed because of what they saw.

I think the problem with the show is everyone (or just me?) expected it to be different than what it was intended to be. This is just my theory, but I feel like the idea of the show was to have only a part of it be the FBI trying to track down the cause of the blackouts. However, the main focus of the show was supposed to be character driven and focus on how people's lives were affected by what they saw in their flashforward.

What was expected by fans was a more plot driven show about the FBI (using what they've seen in their flahsforward as clues) tracking down terrorists who maliciously attacked the world. (At least that's what I wanted to see since watching a doctor with cancer search for his future Japanese lover does nothing for me.)

Anyway, as the show went on it did become more plot driven but that wasn't enough to make it good. It had some ridiculous action scenes, FBI agents seemingly given carte blanche to follow whatever ridiculous whims they had and plot twists that made little sense and seemed to be thrown in at the last minute.

The series ended its first and only season on a cliffhanger that gave the show some promise but whether the show would have improved is something we'll never know...unless we all black out and see a glimpse of an alternate universe where shows weren't cancelled. But that seems extemely unlikely.

44. The Event: See: 45. FlashForward
Seriously, this show is so similar to FlashForward in style and tone it's ridiculous. This one is about long living aliens that crash landed on Earth in the early 1940's. The U.S. Government pretty much put them in an internment camp until present day where President Blair "Makes-My-Wife-Drool" Underwood decides to reveal the alien's existence to the public.

In the end, this show had the same ridiculousness as FlashForward but also contained the same possibilities for improvement that never got realized since it was cancelled after the first season. The only reason it's ranked higher than FlashForward is because it at least knew what kind of show it wanted to be from the beginning. 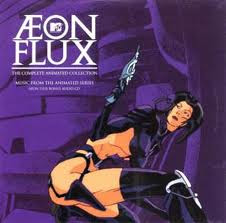 43. Aeon Flux: Hmmmm...it's weird...very, very weird.
I suppose I could elaborate. Aeon Flux takes place in a weird dystopian future where weird people do weird things for weird reasons. Aeon Flux is a secret agent who does weird things. The series ends weirdly with a story about an alien race coming to Earth with a way to bring peace and harmony to the world. There's a twist ending which I thought was clever at the time but, looking back, was fairly clichéd.

Aeon Flux actually debuted as a series of shorts on the animation variety show Liquid Television on MTV. I actually enjoyed those more than the full length series. Maybe I could only handle the weirdness in small doses? Or maybe I enjoyed the fact she always managed to die at the end of every short. 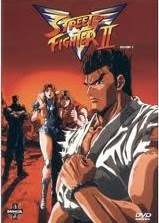 42. Street Fighter 2 V: Hey, I'm always a sucker for Street Fighter 2. I loved that game. I ended up seeing a few of the later episodes in this series and thought they were entertaining enough. But that was partly due to all the stuff I made up in my head about the intricate web of plot points that lead the characters to where they were.
Then I watched the whole thing. Yeah, the plot's about as weak as you'd expect from a video game whose premise is "people fight each other."

So, long story short, lame story but some fun action.

41. Neon Genesis Evangelion: 15 years after a catastrophic impact from what is believed to be a metorite in Antartica wipes out half of Earth's population the world comes under attack by angels. Now it's up to three youths and the giant mechs they pilot to defend the world.
Man, this series started off amazingly. It was entertaining, action packed, smart, thought-provoking, at times funny and had foreshadowing of greater machinations transpiring than just what I was currently viewing. Then the second half of the series happened...and things got weird. Super weird. It got to the point where the "Previously On" and "Next Time On" segments bookending each episode told me what was happening better than any of the actual episodes did.

When I first finished this series (26 episodes) I was heart broken. How could a series with such promise go off the rails so badly? Then I read a few things on the internet, thought I started understanding things better and got scared of being called simple-minded because I just didn't "get it." So I gained a new appreciation for the series. Then I watched it again. I realized that, regardless of any grand metaphors or religous analysis, this series was just plain weird.

This is a series that ended so poorly the creator decided he wanted a mulligan and redid the final episodes in a movie (of sorts). The result? An even worse ending. That's pretty much all you need you to know about Neon Genesis Evangelion.
Well, that's all for this post. Up next time: Some super heroes, a critical darling and, of course, more anime.
Newer Post Older Post Home
Posted by Dr. Bitz at 11:55 PM