Ten Pop Culture-y Things For Which Teebore is Thankful

The Uncanny X-Cast
I'm not much of podcast listener (aside from the Fantasy Focus baseball podcast and the lie-filled Lost podcasts with the producers back in the day) but I stumbled across Rob and Brian's X-Men podcast this last year and have been slowly catching up on their old episodes while following along with the new ones. It features great discussions of X-Men issues old and new as well as hilarious comic and non-comic related bullshit. Download it on iTunes or check out their website. 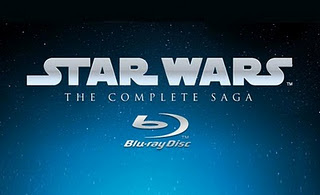 I've geeked out about the deleted scenes already, but two months out and I'm still having fun with this set. The movies look and sound great (Mrs. Teebore and I recently watched Jedi) and I just learned the animated sequence from the infamous holiday special which introduced Boba Fett is on one of the discs as an Easter egg.

Every Episode of Full House Reviewed
I'm kinda surprised we haven't mentioned it before, considering Dr. Bitz and I are both huge fans of this blog, but this hilarious episode-by-episode review of the awfulness that is Full House is pretty much my first online stop every Friday morning. Remember when Stephanie drove Joey's car into the kitchen? Or the Very Special Episode in which DJ was starting herself? Or when Urkel stopped by the full house? It's all here. Seriously, if you're not reading this blog, you're missing out on some excellent hilarity. Check it out. 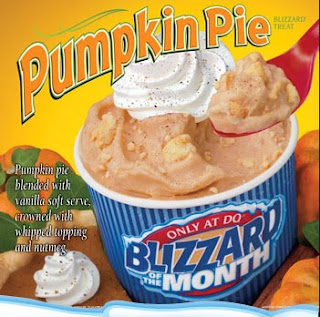 I get why Dairy Queen doesn't offer this year round, but how about through December (or at least November), instead of just October?

flickchart
My latest online obsession, flickchart lets you create a ranked list of all the movies you've seen by tossing up two movies at a time and asking you to pick which one you like better. It's ridiculously addicting, and in a matter of weeks, I have a ranked list of over 900 movies I've seen with over 4,800 rankings (you can even create sub-lists, ranking all the Star Trek or Harry Potter or Best Picture winning movies). Plus, you can view other friends lists/rankings, so come find me (under Teebore, natch).

But be warned: it's hella addicting.

Cheap Trades
I'll never entirely make the switch to trades, as the kids say, (I'll always be buying an X-Men comic...) but over the last year I have started following a lot more series via trade than I ever have before. Thanks to places like Half Price Books, Amazon Marketplace and bn.com I've been able to follow stuff like Invincible Iron Man, X-Force and Batman & Robin, as well as a lot of Marvel and DC's ancillary event stuff, for little more than seven or eight bucks a book, which is significantly cheaper than what I'd fork over for the individual issues collected in each volume. Plus, reading them in one sitting, I find I enjoy the stories more than I probably would have reading them in monthly installments. 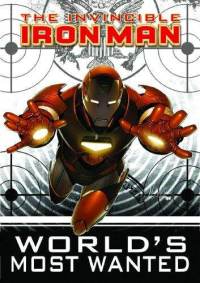 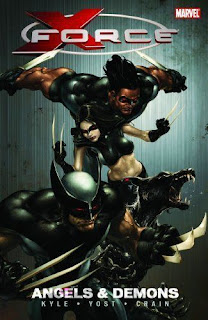 That episode of Avatar: The Last Airbender where Aang teaches a bunch of Fire Nation kids the transformative power of dance, a la Footloose.

Frank Langella as Skeletor in Masters of the Universe. 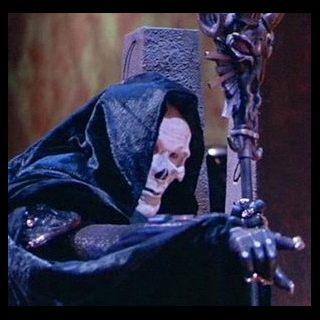 See all the CollegeHumor Original Videos here.
And on a more serious note, I'm thankful for all the readers and commenters of this blog. Over the last year or so especially our group of regular commenters has grown developed into a great little group, and we've had some wonderful discussions along the way. And judging by the hit counter, there's a fair number of you out there reading (or at least opening the page...) who never comment, and you're appreciated too. Knowing there's people out there reading and enjoying it makes writing this stuff a lot more fun. So thanks you!
Newer Post Older Post Home
Posted by Austin Gorton at 8:00 AM