We're still near the bottom of the list. So here are more series I regret watching:

56. My Own Worst Enemy: The show was. It was my worst enemy and it's own. It's a show about the government giving spies multiple personalities. They have their domestic personality and their spy personality, but the domestic personality knows nothing about their spy personality. Sound confusing? It's not too bad. The real problem is the premise makes zero sense. The whole plan seems wrought with potential disaster. Oddly enough, that's what they get.
What does the audience get? Christian Slater portraying a spy who sleeps with his wife and then taunts his other personality about it. Awesome. We also get to see domestic Christian Slater find himself in spy situations and just whine and cry about it. Fun.
If this sounds like the show for you then you'll probably not like the order of my list. Just go back to watching your Hawaii 5-0. 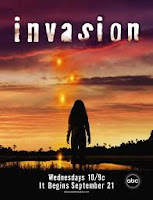 55. Invasion: Here's Invasion's recipe: Take Lost, V, and Invasion the Body Snatchers. Put them into a blender on the setting 'watching paint dry' and, voila, you've got Invasion! I'll give the series a little credit. It did pick up near the end of it's first and only season. But, all in all, this was just one of the many failed Lost clones...at least this one got a full (boring) season. 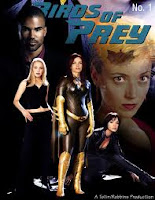 54. Birds of Prey: Building on the popularity of Smallville, we get three hot girls taking on the villains of future Gotham City. Really, with that premise this show should have been historically awesome. (I call that the "Highlander Effect." I'm referring to the movie. I haven't seen the series.)
Anyway, it was fun at times, nonsensical at others, fairly boring a lot of the times and, at the end of day, rather forgettable.

53. Smallville: Oh, Smallville. I really did like it to start. My only complaint (aside from way to much Clark/Lana crap) with the first few seasons was that all the villains were small potatoes. I wanted some apocalyptic urgency. But then I started to notice something...all the characters were really, really, dumb. The plots started making less and less sense. Clark...never did anything logically. Which is a problem when you're supposed to be the greatest superhero ever.
Eventually I had to give up on the show. I did come back for a season and started to like it again until I realized it was the same old crap plus the promise of big battles that always amounted to a lot of offscreen action.
Oh, and Clark whined...a lot. Oh yeah, and Jimmy Olsen also wasn't Jimmy Olsen. Jimmy Olsen was really Henry James Olsen who was the older brother of Jimmy Olsen.
That emphasizes the show's biggest flaw. They wanted to wait until the end of the series to have Clark Kent truly become Superman except Clark did everything Superman did but simply wasn't named Superman. His character development was stuck in neutral.
Oh, and did I mention most of the characters acted really, really stupidly? 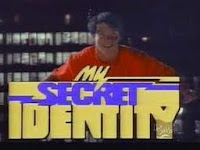 52. My Secret Identity: It was like Smallville except slightly more sensical but even less apocalyptic urgency. Also, there was more (intential) comedy. It was nothing to write home about but at least it really didn't try to be anything bigger than it was.

51. Studio 60 on the Sunset Strip: I love Aaron Sorkin. Sadly, his most popular and longest running TV show happens to be the one I haven't seen. But I did see this one, unfortunately.
It had some good dialogue but it lacked likeable characters and, really, isn't that the most important thing to have?
They also whined a lot. These characters are TV actors and writers. I'm not saying they have a perfect life, but it's better than most. How about they cheer up a little?
There were other things I didn't like about the show. They'd build up sketches (*cough* crazy Christians *cough*) that wouldn't live up to the hype and they would have characters keep secrets for no apparent reason.
At the end of the day, this show offered nothing compelling enough to keep me watching.
Newer Post Older Post Home
Posted by Dr. Bitz at 12:09 AM