To Better Know A Hero: She-Hulk

Powers and Abilities: Super strength, durability, stamina, agility and healing abilities; an apparent awareness of her existence as a comic book character. Jennifer Walters is an accomplished and accredited lawyer. 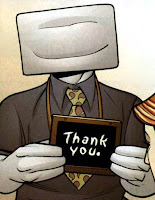 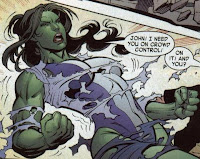 Movies and Appearances: She-Hulk has made appearances in various Marvel animated series, including the 1996 Incredible Hulk and She-Hulk series and the 1994 and 2006 Fantastic Four series. 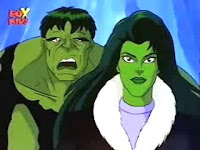 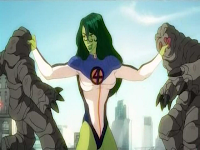 Like most every Marvel character, she is licensed to appear in films, but there is no project currently in development.

One-Sentence Origin: After getting shot by mobsters and receiving a blood transfusion from her cousin Bruce Banner, Jennifer Walters discovered she could transform into the super strong She-Hulk! 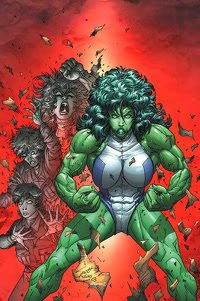 Memorable Moment: She-Hulk speaks directly to the audience on the cover of Sensational She-Hulk #1. 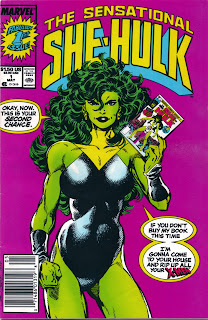 Fun Fact: She-Hulk's creation marks the end of an era, as she is the last character credited as a Stan Lee creation before he stopped regularly writing comics to focus on the more promotional aspects of the business, and is arguably his last significant comic book creation. 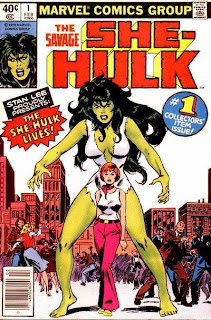 Teebore’s Take: The story goes that She-Hulk was created in order to beat the Incredible Hulk TV series to the punch, and create a female version of Hulk that Marvel would have complete control over instead of the TV studio (Spider-Woman was created for similar reasons related to the Spider-Man cartoon). The seventies at Marvel saw an influx of female characters created in an attempt to cash in on the success of their male counterparts. In addition to She-Hulk, there was the aforementioned Spider-Woman as well as Ms. Marvel (and Dazzler, though she was more an attempt to cash in on the by-then-dying disco craze).

Despite the commercial and legal motivations involved in her creation, She-Hulk has proven to be a long-standing and successful part of the Marvel pantheon. While her initial series didn't last more than a couple years, high-profile roles on the Avengers and the Fantastic Four (as Thing's one-time replacement) kept her relevant enough to launch and carry more successful titles through the years, including one started by John Byrne that famously featured She-Hulk frequently breaking the fourth wall to speak to the audience while acknowledging her existence as a fictional character. Another series, by Dan Slott, followed, which used She-Hulk's background as a lawyer as a springboard for fun and critically-acclaimed stories. In terms of ongoing series and integration into the comic book zeitgeist, She-Hulk has certainly fared better through the years than her other female-analog-of-a-male-character counterparts (though both Ms. Marvel and Spider-Woman have risen to prominence in the last ten years as fans who read and enjoyed their initial books as kids in the 70s are now writers at Marvel).

In addition to the fourth wall-breaking, one of the things for which She-Hulk is most well known and which makes her character unique is the relationship between her secret identity and her super-hero identity. If the Hulk represents Bruce Banner's repressed rage and anger, then She-Hulk represents Jennifer Walters repressed wild side. She-Hulk is a vivacious and fun-loving party-girl who thoroughly enjoys her power and role as a super-hero, as compared to the more reserved and introverted Jennifer Walters. This push-and-pull between identities where the super-powered side is more desirable, is great fodder for stories, bringing a certain amount of tension (romantic, humorous or otherwise) into the mix, as displayed in her most recent series when, for example, she was hired by law firm Goodman, Lieber, Kurtzberg and Holloway not because of She-Hulk's super-powers but because of Jennifer Walters skills as an attorney, or when her former husband revealed he liked Jennifer more than She-Hulk while Jennifer preferred life as the strong and confidant She-Hulk. The notion that She-Hulk is the preferred identity is also relatively unique amongst super-heroes (compared to Thing, who yearns to be normal, or Spider-Man, who's responsibilities as a super-hero constantly muck up his personal life), further helping it stand out as a defining element of She-Hulk's long term characterization. 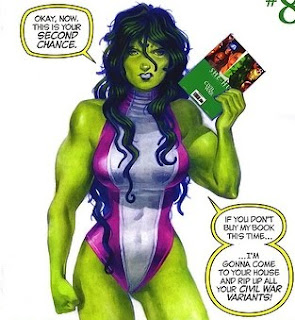