During conversations with Dr. Bitz regarding the Lost finale a couple months back, he commented on my apparent affinity for the word "gestalt" (I kept referring to how the Flash Sideways was ultimately revealed to be a purgatorial gestalt). He was right: it's definitely one of my favorite words. Being a writer, an English major and a nerd, I have several. Here's a few more, in no particular order (all definitions courtesy of Merriam-Webster.com)

Gestalt
Noun; a structure, configuration, or pattern of physical, biological, or psychological phenomena so integrated as to constitute a functional unit with properties not derivable by summation of its parts.

I have a special fondness for words from German, thanks largely to my study of the language throughout high school and college. This word in particular has always stuck with me due to its use in describing the state of being entered into when the various Transformers Combiner groups merge into one larger robot (like when the Constructicons form Devastator).

Zeitgeist
Noun; the general intellectual, moral and cultural climate of an era.

Another great German word (it literally means "time spirit"; I LOVE literal translations of German words!) I probably overuse, especially when discussing elements of pop culture passing into the overall knowledge of society as a whole.

Who says you can't learn anything from comics? I first encountered this word and deduced its meaning when Beast used in X-Men (vol. 2) #3. It's a nifty companion to zeitgeist which focuses on a culture's linguistic elements. 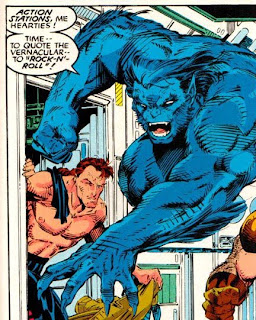 It just rolls off the tongue. A fun and elegant way of saying "a lot". 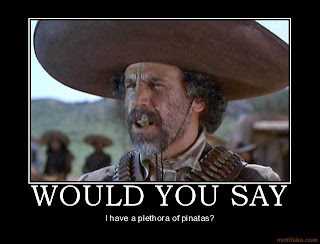 Vertiable
Noun; being in fact the thing named and not false, unreal, or imaginary —often used to stress the aptness of a metaphor.

This is the word I think people mean to use when they incorrectly stick "literally" in front of a metaphor to stress its significance. I find it pairs well with "plethora".

Parenthetical
Noun; a: an amplifying or explanatory word, phrase, or sentence inserted in a passage from which it is usually set off by punctuation b: a remark or passage that departs from the theme of a discourse: digression.

Like plethora, it's fun to say. This one has popped up a lot lately in my writing group's discussions (apparently, we all like to use parentheticals as much as we like to say the word...).

Zenith and Nadir
Noun; 1: the point of the celestial sphere that is directly opposite the nadir and vertically above the observer. 2: culminating point.

Noun; 1: the point of the celestial sphere that is directly opposite the zenith and vertically downward from the observer. 2: the lowest point.

Why say "high" and "low" when you can say the eminently-more enjoyable "zenith" and "nadir"?