Villain: Where'd Meredith come from?
I'm not one to begrudge a Meredith appearance, but just like her disappearance a few episodes ago, her reappearance here had me paying more attention to questions like "where'd she come from?/where has she been?/how does she know what's going on?" instead of the episode itself.

Hero: Knox and Flint changing sides
It made sense that not all of Arthur's goons were on board with the whole "save the world by giving everyone a power" plan (especially Flint), and that with Arthur (and his power) removed from the scene, they would finally be able to act upon their opposition.

(Of course, it would have been nice if Knox and Flint's objections to Arthur's plan was foreshadowed in some way beyond their hallway-glowering last episode, and it also begs the question of why, when the eclipse had robbed everyone of their powers, Knox and Flint, two strong and healthy men, didn't use the opportunity to move against Arthur, a frail and elderly man).

Hero: HRG thinking his way out of Sylar's trap
Mrs. Teebore thinks he should have come up with it sooner, but it was cool to see Bennet think his way out Sylar's "no-win" situation by using the resources available to him.

Back in the first season, Dr. Bitz and I thought it would be cool if Mohinder became a sort of powerless Professor X to the characters, showing them how to best use their powers. Obviously, that didn't happen, and probably never will (what with Mohinder being a moron and the writers determined to NOT have the characters work together for any length of time) but this scene had me thinking that Bennet would make a pretty cool mentor along those lines to some of the characters as well.

Hero: Hiro (slightly) redeems himself
After starting this whole mess by stupidly opening the safe he was specifically instructed not to open and allowing his half of the formula to get stolen, and continuing to bumble his way through the rest of the story, culminating in his losing the catalyst without putting up much of a fight, a powerless Hiro resolves to make amends. Kudos to the writers for at least realizing the character SHOULD feel like he's screwed up. And it was pretty funny when he layed out Tracy with one punch to the nose and absconded with the formula.

(One has to wonder if no one at Pinehearst thought to ever make a copy of the formula, making Hiro's tearing it up kinda pointless, but considering the catalyst died with Arthur, thus making the paper formula kinda messy to use, and the the fact that the writers seem to already be treating Volume 3 like they do Season 2 (that is, completely denying its existence and attempting to wipe any vestiges of it off the map), I'm going to guess we're just supposed to think that, yes, everyone at Pinehearst was a moron or too busy Xeroxing their asses to make a copy of the formula, and we'll never see or hear from it again).

Hero: Claire taking out Sylar
Sylar stalking Claire and her extended family in an attempt to make Claire like him was a nifty parallel to the first episode of the volume, in which Sylar stalked Claire in her house in an attempt to make himself more like her. Which made the reversal of that episode's outcome in this episode, when Claire uses her own vulnerable spot against Sylar, all the more enjoyable.

I'm sure the writers view that event as a culmination of Claire's character development over the course of the volume (going from scared victim to capable defender) but it's really not; like many characters this volume, Claire rode the character development merry-go-round far too often to experience any definitive development in the course of the story. But I hold out hope that the character work suggested by this event will be on display in the next volume, even if it was never properly shored up in this one.

Villain: Meredith's death
I have nothing against Meredith dying, in principle, but it was lacking in execution. Mainly because the moment when Claire declares her love for her birth mom wasn't nearly as heartfelt or meaninful as I'm sure it was intended to be.

We know so little about Meredith and her relationship with Claire, we're left wondering whether or not Meredith even cared about Claire's declaration. Was that something Meredith had been longing to hear? Did she die pleased that she had an opportunity to reconnect with the daughter she thought she'd lost? Or was protecting Claire this volume just another job for her (remember, back in season one she used Claire's reappearance in her life to get more hush money out of Nathan)?

The answers to those questions provide the context necessary to make Meredith's last moments in any way meaningful; instead, we're just left thinking another character was killed because this is the end of a story arc and its expected. And, with Meredith's death, we're also left wondering whether those questions will ever get answered, or if, while running from the government next volume, Claire will ever be given the opportunity to deal with this loss and decide what her birth mom meant to her.

Villain: The companies burning
Burning the headquarters of both Primatech and Pinehearst in the final episode of the volume was a blatant symbol that, as far as the creators are concerned, next volume is a whole new ballgame. Which, in theory, is fine, except that I'm worried that many of the answers to questions pertaining to Primatech and the Elder Heroes, questions gone unanswered too long that are vital to the show's mythology, may have gone up in smoke along with Primatech itself. Hopefully the critical backstory of the show won't get thrown out in volume four as the writers desperately try to deliver on their promises of improvement.

Villain: No big battle
Once again, Heroes fails to deliver on its inherent promise of showing us super-powered good guys wailing on super-powered bad guys for the fate of the world. Implicitly suggested by this volume's premise of two super-powered companies facing off and explicitly promised in the episode "It's Coming," the showdown between Primatech and Pinehearst never really happened. What little powers-on-powers action we got in the finale was limited to minor skirmishes between two characters (for example, Knox throwing Nathan around before getting frozen from behind by Tracy wasn't the battle royale for which I was hoping).

Villain: Some really dodgy effects work
Usually I don't pay much attention to the effects. When they work, I enjoy them and when they don't, I tend to subconsciously overlook all but the most obvious strings in today's effects. It usually takes both really obvious and really bad effects work to make me notice the man behind the curtain. Every episode of Heroes features a TON of effects and for the most part, they are seamless and well done.

However, for whatever reason, something was off this episode. First, when Claire dove through the window of the cell where Bennet and Meredith were, it almost looked like the image skipped a bit at the point where the prop glass was removed and the CGI glass was inserted. Later, when Bennet and Claire were fleeing Primatech as it exploded, the shot of the hallway exploding behind them was B-movie laughable. 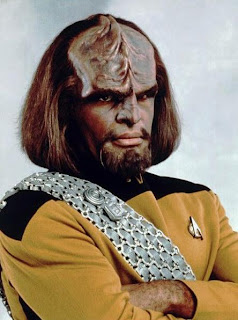 In the end, this was an enjoyable yet unspectacular and disappointing end to a volume characterized by a series of cool moments strung together by a plot suffering from a lack of focus and explanation along with wildly inconsistent characters. I am excited for the next volume, simply because it does look different.

This volume it became apparent that the show the writers want to write (how people deal with having powers) is vastly different from the show the audience wants to see (people with powers, you know, using their powers to fight other people). If the writers don't want to write that kind of show, fine, but thus far they've been incapable of coming up with a plot that doesn't demand some kind of overt conflict to resolve itself, a conflict they've always failed to deliver, even back in the rose-colored first season (remember how crappy the final fight in Kirby Plaza actually was?).

Fugitives, at least from what I've heard, is at least different from the "good guys try to stop the bad guys from destroying the world" plots the writers seem unwilling or incapable of executing properly. It may very well fall short too, but at least it won't fall short for failing to deliver something inherently promised by its premise.

Of course, everything is in the execution; no matter how good the idea, if executed poorly, it won't be very good. If the writers simply move on to the next volume and bring along the plot holes, characters inexplicably behaving differently from one episode to the next, and general lack of focus on display in this volume, it won't matter how fresh and different the plot of Fugitives is: it will simply be more of the same.

Heroes has a ton of potential to be a truly awesome show, and much of my frustration with it stems from the fact that it seems so easy to realize that potential that I can't fathom why it isn't awesome already. However, I remain hopeful that Fugitives will be a step in the right direction, and address some of this volume's wrongs. Perhaps my hope is foolish; after all, the Heroes creative team's plaintive assurances that they'll get it right in the next volume are starting to sound a bit like the boy who cried wolf.
Newer Post Older Post Home
Posted by Austin Gorton at 4:24 PM