These Are the Mediocre X-Men

This month Uncanny X-Men will see its 500th issue ship (shh…don’t tell anyone that a chunk of those issues were reprints!) which is a pretty big deal for me, as there is no title I have read longer or have more issues of than Uncanny X-Men. The X-Men were my gateway characters into the wide world of comics, and no matter where I go in that world, they have always remained favorites. To celebrate this momentous occasion, I thought I’d spend a few posts with various aspects of the X-Men and their history.

First up is a look at five lesser known X-Men, the characters you likely won’t see making it into any movies. They are the Zachary Taylor, John Tyler, Millard Fillmore, Rutherford B. Hayes and William Henry Harrison of the X-Men. 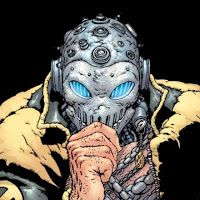 Xorn: A Chinese mutant introduced during Grant Morrison’s defining run, his mutant power was having a small star for a brain that granted him healing and energy manipulation powers (like many Morrisonian ideas, it’s best not to think about the whole “star for a brain” thing for too long, and just roll with how cool that sounds). Xorn wore a full metal helmet that contained the awesome power of his star and prevented the world from being sucked in by its gravity. It turned out that Xorn was actually Magneto in disguise (Xorn’s helmet shielded his thoughts from Professor X). And it’s best to leave Xorn’s tale there, before Chuck Austen showed up and muddled things with talk of twin brothers and Magneto clones. 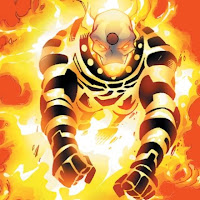 Sunfire: An arrogant SOB who was officially a member of the X-Men for one issue (Giant Size X-Men 1) before quitting in a huff, Sunfire is a Japanese mutant with fire related abilities. He fought the original X-Men once before joining the team, and remained a reluctant ally before recently being brainwashed by Apocalypse into becoming one of his Horsemen and later joining the most recent incarnation of Mr. Sinister’s Marauders alongside Gentlemen of Leisure man-crush Gambit. Also, Sunfire is a cousin of one-time Wolverine fiancé Mariko Yashida, and received one of the worst 90s costume updates, ever:

From retro cool to shiny and Man-Pretty 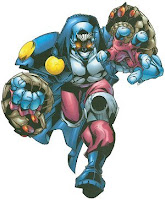 Maggot: Introduced as part of a trio of new X-Men during Joe Kelly’s brief run in the mid-90s, alongside Marrow and Cecilia Reyes, Maggot is easily the weirdest of the bunch. His mutant power somehow involves his digestive system transforming into a pair of large metallic-for-some-reason slugs that eat for him, enabling him to continue living and also gain increased strength and the ability to project some kind of energy. Apparently, all the sensible powers were taken by this point. Being the 90s, Maggot was of course mysterious and brooding when introduced. At first he was a big, bounty hunter type character, but eventually was subtly changed to a South African teen. Magneto was involved in his origin at one point, too. It was all kind of pointless and bizarre. After realizing he was a teenager, Maggot shuffled off to Generation X for a few issues before being forgotten for awhile. Eventually he was dusted off to become cannon fodder. 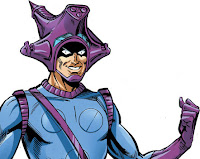 Changeling: In the longstanding tradition of X-Men villains becoming heroes (that could be a post unto itself…) Changeling was one of the earliest characters to do so, though his conversion is certainly the most ignominious. Changeling, as the name suspects, was a shape changer, not unlike Mystique, who was a member of the short-lived 60s villain team Factor Three. Turns out he tired of his villainous ways, and approached Professor X, asking how he could make a positive difference. Xavier’s solution? He imbued Changeling with a portion of his psychic powers, somehow, and had the Changeling pose as Xavier while the real Xavier went underground to prepare for a forthcoming alien invasion. Of course, no one told the X-Men (or the readers) about this until well after Changeling, posing as Xavier, was killed in action and the X-Men mourned his loss. It was the first of many dick moves on ol’ Chucks part, and one of the first major X-Men retcons. “The Xavier that died? Yeah, that wasn’t me, that was Changeling, your old enemy, who wanted to be a hero and took my place, none of which anyone knew until just now, when I ‘miraculously’ returned from the dead.” At least the real Xavier stopped the invasion… 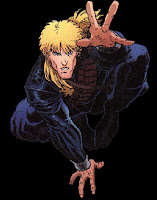 Longshot: Ah, Longshot, a favorite of many 80s comic readers. Longshot hails from an interdimensional realm ruled by a lump of fat called Mojo, named, appropriately enough, the Mojoverse, in which TV rules, and the events in “our” world are broadcast as entertainment to the spineless masses. Longshot was bred to fight in the broadcast arenas for ratings and escaped to Earth, where he joined the X-Men. Longshot possesses three fingers on each hand, for some reason, hollow bones, which help increase his agility, an ability to hurl small knives, a mutant luck power that helps things work out in his favor, a yellow star-ish thing that flashes when he uses it, and the greatest power of all, an awesome 80s mullet. Longshot hung with the X-Men for a while, where he knocked boots with Dazzler, then the pair went back to the Mojoverse to lead a rebellion. 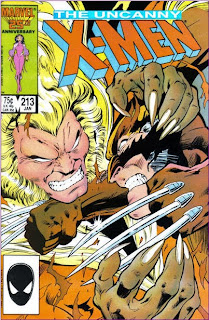